Can DC's Newest Animated Hero Hold Her Own? - Nerdist

Can DC’s Newest Animated Hero Hold Her Own?

On August 25th, DC and CW released Vixen, a web series based on DC’s animal-themed super heroine set within producer Greg Berlanti’s ever growing Arrowverse.  Having already laid a solid foundation with Arrow and The Flash, the show is a bold, and experimental move from Berlanti, so I decided to take a moment to a look at the series first 3 episodes -half of its first season- to give you the good, the bad, and the maybes for the up and coming web series.

If you want to watch Vixen for yourself first, you can find it here.

The Good: A Different Kind of Superhero 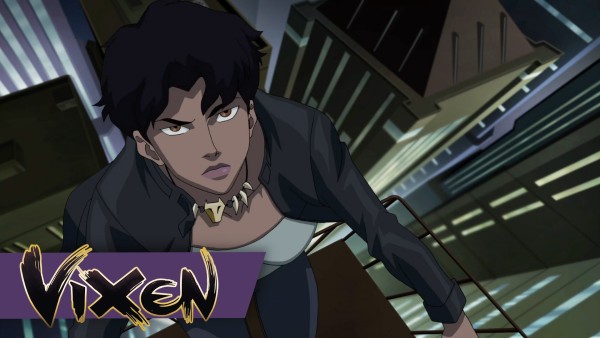 One of DC’s few black superheroines with a cool animal based power set, Vixen is one of the last characters I expected to get a solo series. The fact that Vixen even exists is a huge step forward from a diversity standpoint, and hopefully a sign for shows and movies featuring other unique, lesser-known heroes to emerge. Mind you, I love super heroes of all kinds, but as an African American, there’s something special about seeing a hero who resembles me onscreen, because it rarely ever happens. I imagine a lot of people feel the same which may be part of why the series came to fruition. If nothing else, kudos to Greg Berlanti for producing a show about a diverse heroine, especially when he didn’t have to.

The Bad: Cat Got Their Tongue

Having followed the web series so far, Vixen is messy, especially when compared to the works of Bruce Timm (Batman: The Animated Series, Batman Beyond, Justice League to name a few). The fight animations are alright, but the biggest issue is that the dialog and voice acting are weak. A number of the lines feel wooden and expository, which is especially surprising since many of Arrow and The Flash’s talented veteran’s are a part of the cast. 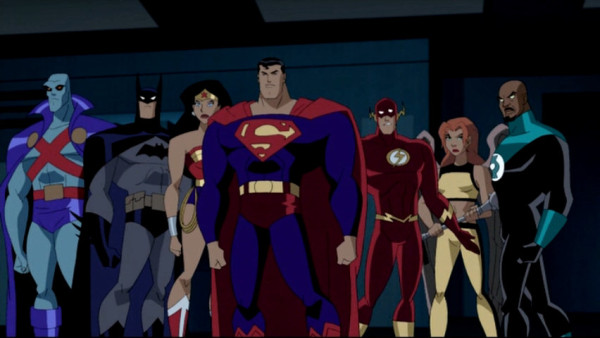 Normally, some early installment awkwardness is forgivable, but DC’s animated legacy is strong and I expected more because of it. DC animated classics like Justice League may not have been Shakespeare, but their dialog, and ability to juggle a pulpy comic book feel with real world naturalism was unparalleled. Vixen has a long way to go if the web series plans to follow in those footsteps.

The Maybe: Better With Time

While I harp on Vixen, it is easy to forget that Arrow season 1 was a rough ride. It took quite some time  for that series to find its roots, but once it hit its stride, the show drew me in like nothing else on TV could. Season 2 proved even better, and The Flash was fantastic right from the gate. If these shows prove anything, it’s that Greg Berlanti  (producer and creator of The Flash and Arrow, producer on Vixen) gets better with time. There’s a decent chance that Vixen will tighten up it’s act, if not at the end of this season, perhaps during the next.

While it could use work, Vixen is still free, easy to find, and each episode is only five minutes long. In an eight dollar a month, week long binge-watching world, this is hardly a commitment.

Said five minute episodes are also part of Vixen’s problem. A five-minute length leaves the web series little time to progress before the credits roll. This drives the show to take a lot of a narrative shorthand, and feel half-baked as a result. Characters or relationships that have the potential to be interesting are instead distilled down to exposition. Conflict seems to erupt out of nowhere, and the viewer never gets a moment to digest what’s happened before the show moves on. 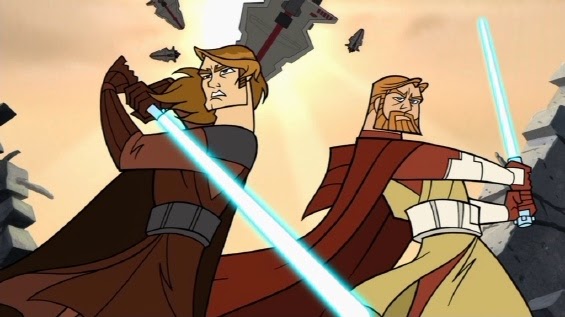 Compare this to Genndy Tartakovsky’s 5 minute Clone Wars shorts from 2003. That show was able to be swift, yet still throw in great moments of character development, raw emotion (even more than the movie it led up to) and action with minimal dialog. That series’ efficiency within minimalism is something Vixen could definitely learn from.

The Maybe:  Opening The Door

Even if Vixen doesn’t last long enough to improve, it’s definitely given a reminder that there is a real hunger for both web-based episodic content and diverse superheroes. It’s a wobbly step forward, but it’s a step forward nonetheless, and I’m cautiously optimistic that other companies will take similar risks into uncharted territory. Or Vixen may have poisoned the well. Only time and web-ratings will tell.

Love Vixen? Hate Vixen? Know of some other great web series to compare and contrast? Feel free to discuss in the comments below.