Virgin Orbit Sends Rocket with Satellites into Space from 747 - Nerdist

Virgin Orbit Sends Rocket with Satellites into Space from 747

Space nerds have had a tingling feeling for the last few years, with a sense that something big is happening: the race to space is returning. Not only has SpaceX made reaching orbit look easy—and it’s not!—but multiple other companies have now joined the fray. One of which is Virgin Orbit, which just launched satellites into orbit from a two-stage rocket. A two-stage rocket fired from a 747 aircraft.

Today's sequence of events for #LaunchDemo2 went exactly to plan, from safe execution of our ground ops all the way through successful full duration burns on both engines. To say we're thrilled would be a massive understatement, but 240 characters couldn't do it justice anyway. pic.twitter.com/ZKpoi7hkGN

Virgin Orbit, a company within billionaire Richard Branson’s Virgin Group conglomerate, completed the successful launch to orbit on January 17. The launch stood as Orbit’s second demonstration of its orbital delivery system; this time around, deploying nine CubeSats—low mass, nanosatellites—rather than halting early due to engine shutoff.

“A new gateway to space has just sprung open!,” Virgin Orbit CEO Dan Hart said in a post that comes via CNBC. Hart added that the fact “That [the rocket] was able to successfully reach orbit today is a testament to this team’s talent, precision, drive, and ingenuity.” 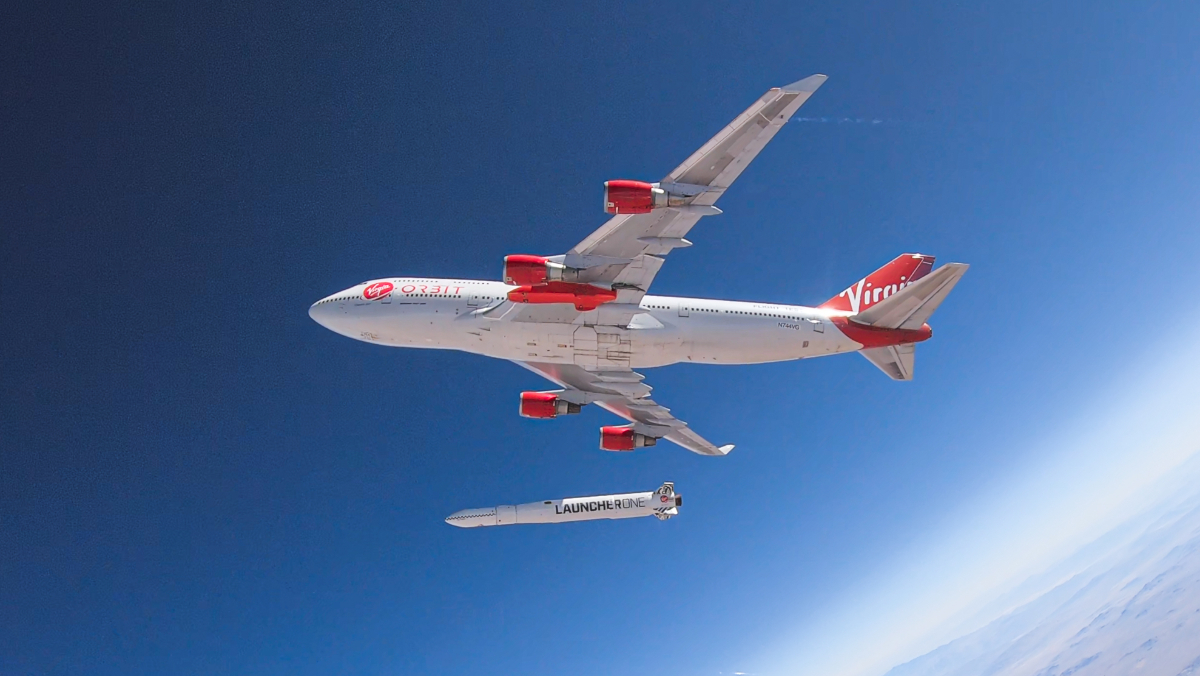 After taking off from from the Mojave Air and Space Port in Mojave, California, Orbit’s 747, “Cosmic Girl,” flew 35,000 above the Pacific Ocean, and released the two-stage rocket, LauncherOne, from underneath its wing. The rocket then used its two engines, in sequence, to reach orbit. (Hence the term “two stage.”)

Virgin Orbit says this “picture-perfect” mission is historical, because this is the first time an aerospace company has reached space with an air-launched, liquid-fueled rocket.

Our engineers now have a ton of data to sift through... but first, maybe some champagne as a toast for Eve! We'll have more precise stats to share in the coming days. pic.twitter.com/J49WADN4W3

Although the launch was certainly a success, however, it doesn’t seem that the company intends to recover its stages. Conversely, both SpaceX and American aerospace company, Rocket Lab, recover their rocket stages for reuse. There are also, undoubtedly, relatively strict limitations on how much mass LauncherOne can carry to orbit, as it’s limited by the 747’s payload capacity.

Despite its limitations, the system still obviously works well for relatively low mass objects. Virgin Orbit indeed says it’ll now commence with launching commercial satellites, and ones from entities like America’s Space Force. And while that’s not quite as inspiring as say, SpaceX’s gigantic Starship, it is a good sign that people are trying—desperately—to get away from Earth once again. (In the best sense of that sentiment.)