The LEGO builder extraordinaire, a.k.a. Marcel, recently posted the egg cracker to his channel; noting that this is the first component of what will be an end-to-end McMuffin-making machine. (Apparently the “LEGO fanatic and vending machine enthusiast” has a penchant for the famous breakfast sandwich.)

In the video, Marcel shows how he assembled the main components of the machine, and how it works. As he explains, the egg cracker works via a press, which forces intact eggs into a pair of panels. The panels, in turn, crack the eggs’ shells, which are then sloughed off by two swinging blades. Simultaneously, the egg yokes and whites are dropped into a plastic container, where they’re separated. 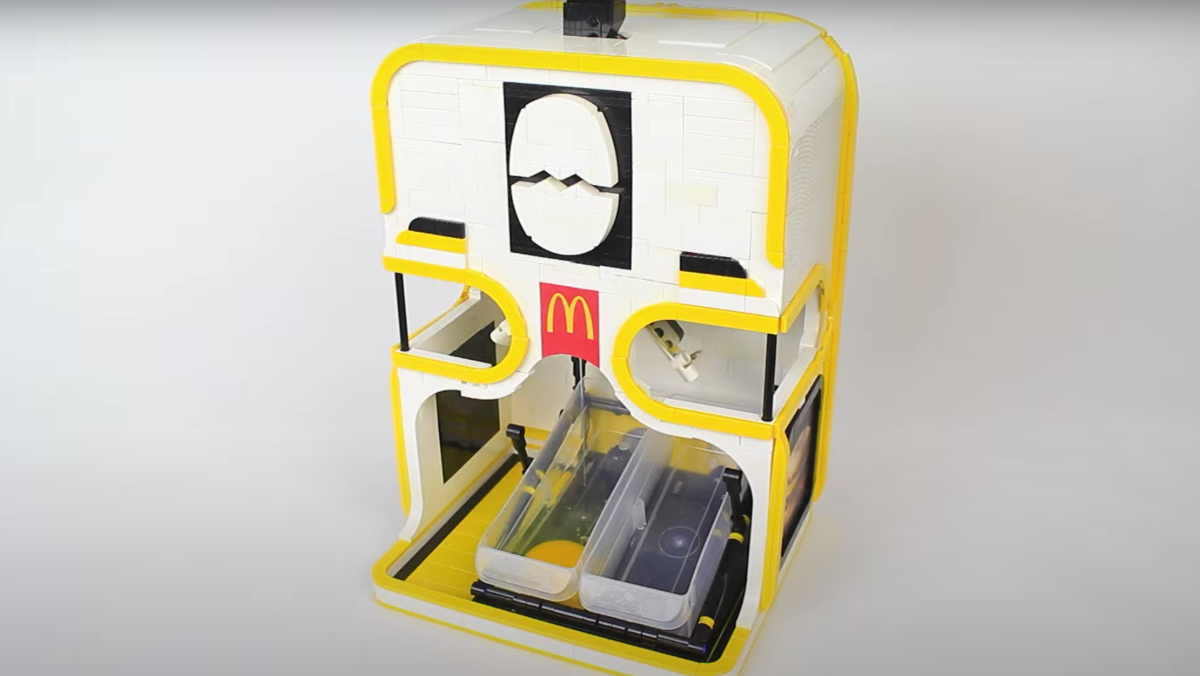 The whole brick-built system is actually a little more complicated than that, and even required an engineering breakthrough for Marcel personally. It seems he tried his hand at one of these egg crackers before, but couldn’t get it right due to the difficulty of keeping the shell-separating panels together under the pressure of the press.

This time around, however, he was able to figure out a solution thanks to a so-called worm gear. He explains around five minutes into the video that builders use the part for minimizing “wiggliness” between gears. And that he used it in this machine to keep its panels together, as other gears, which did not change the direction of the downward force of the press, were unable to.

Looking forward, obviously the big project on the horizon for Marcel is the McMuffin machine. Not only does the YouTuber genuinely adore the sandwiches, but McDonald’s style machines—like Marcel’s own LEGO burger-maker immediately above—often turn out great. Except for, of course, McDonald’s ice cream machines. But don’t worry, Nerdist has your back on that one.