Vincent van Gogh sold few pieces during his life. It wasn’t until after his death that his body of work gained widespread acclaim. Sadly, the great artist never could have imagined the kind of legacy he would leave behind. And he definitely couldn’t have predicted that someday he would earn an unlikely tribute for one of his paintings. Partly because LEGO was invented 42 years after he died. But also because the newest LEGO Ideas set doesn’t recreate his old home or even a bucolic scene. This van Gogh LEGO idea is a buildable homage to van Gogh’s seminal painting, “The Starry Night.” 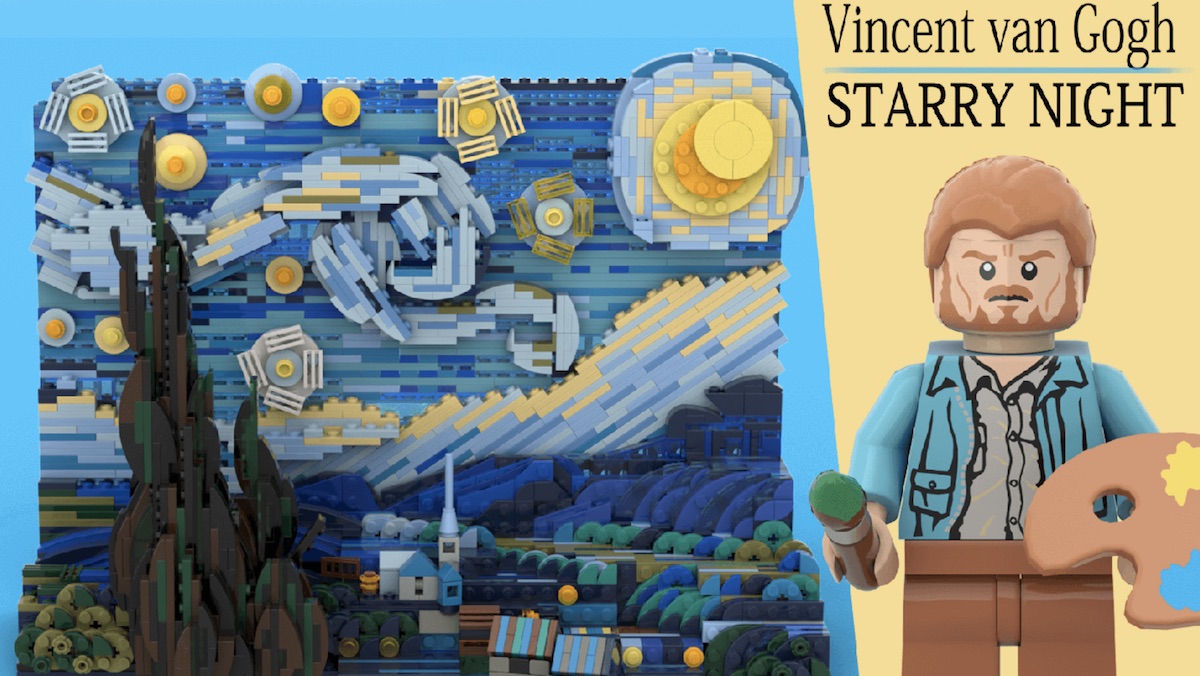 LEGO Ideas has announced its newest batch of fan submissions that will be produced and sold. The small group includes a set designed by Truman Cheng. It pays tribute to both Vincent van Gogh and one of his most famous pieces by turning “The Starry Night” painting into a three-dimensional work unto itself. LEGO says the unique design also “illustrates a whole new way to think about LEGO art.”

Painted in 1899, not long before his death in 1890, van Gogh painted “ The Starry Night” during his time at the asylum of Saint-Paul de Mausole, located near Saint-Rémy-de-Provence in France. The piece’s signature swirling strokes, which bring vitality and movement to the lights of the night sky, has made the work an iconic piece. 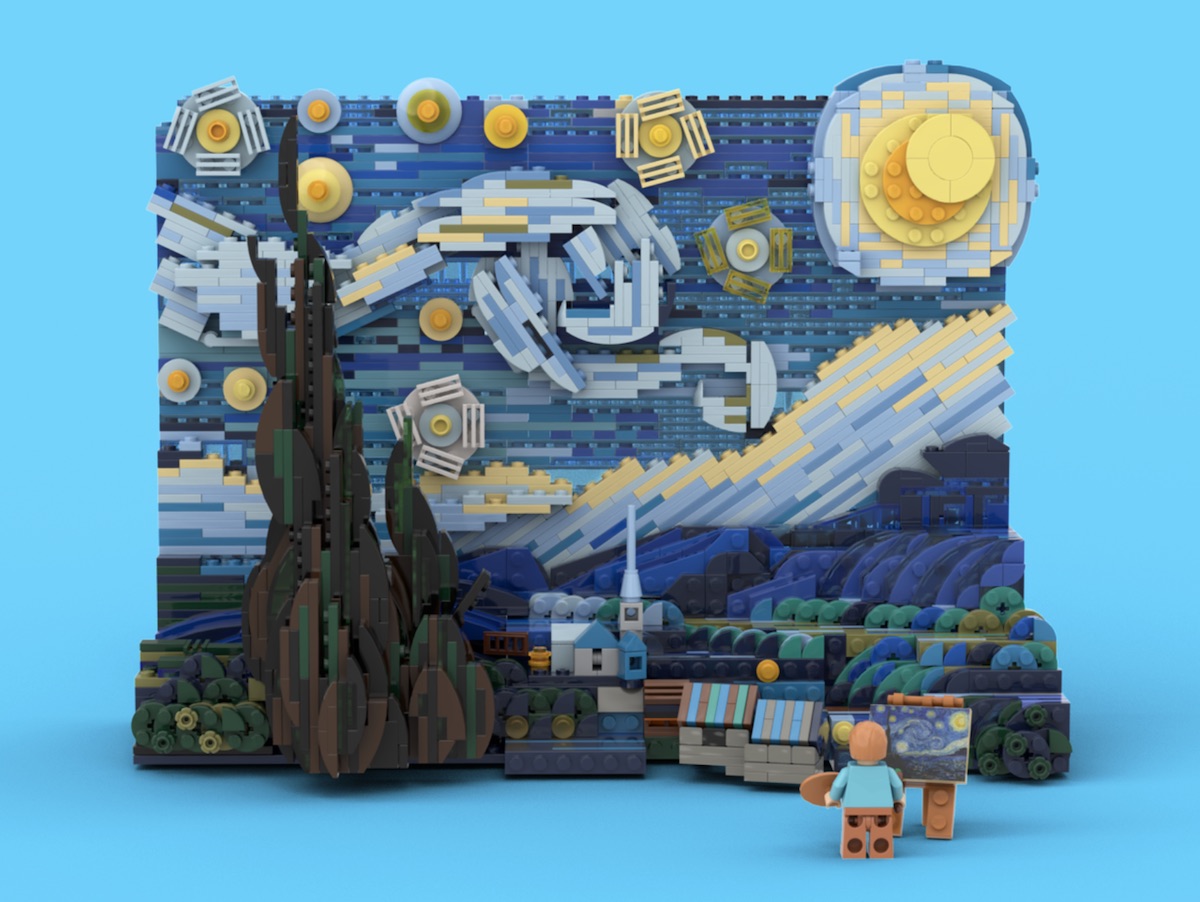 To recreate a famous painting with plastic bricks, Cheng relied on multiple techniques. He explained his process in his original submission:

“Clips and brackets form the swirling cloud; plates stack to form the hillsides and bushes; curve parts build up to become the cypress tree. My favorite part is the inclined plate stack on the right, capturing the angled brush strokes within the moon-lit cloud.” 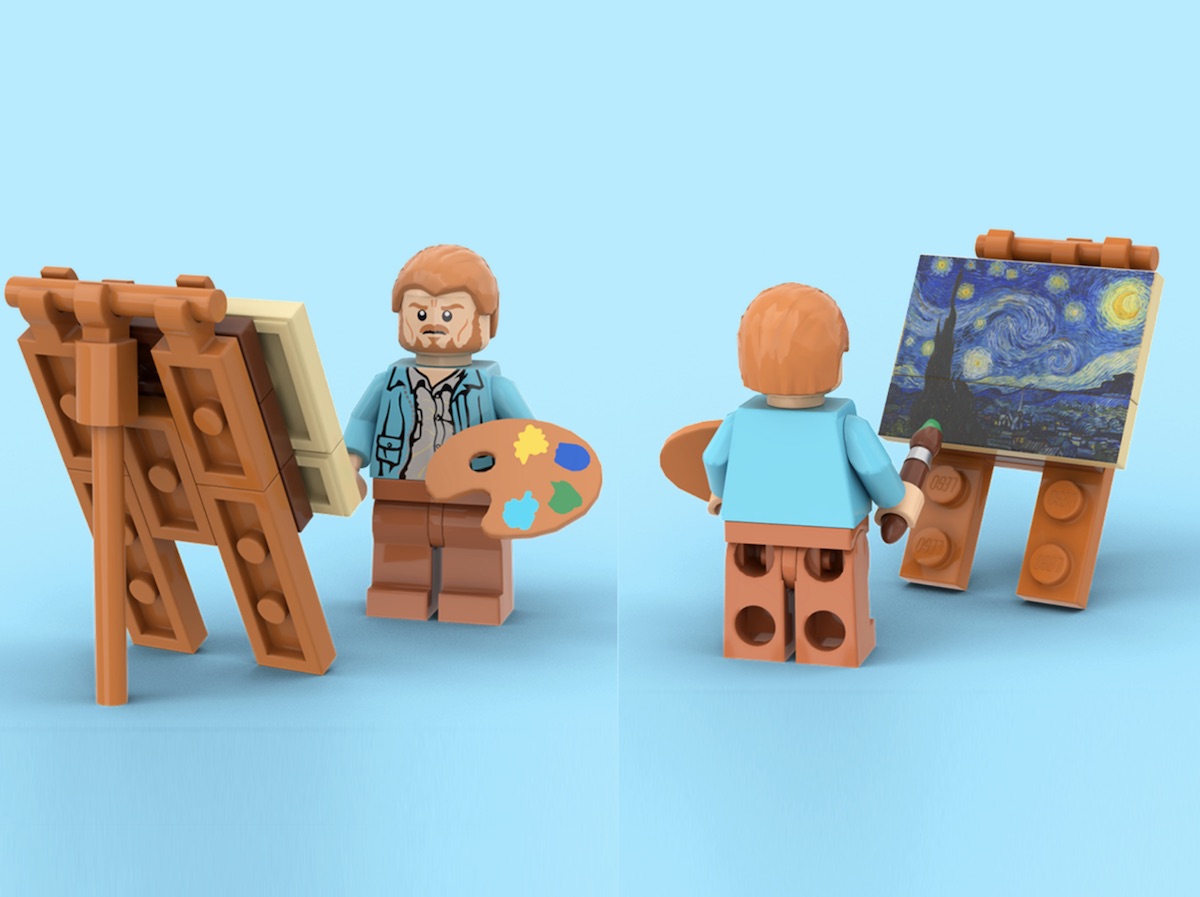 His 1,552-piece set also includes: a Vincent van Gogh minifigure, paint brush, painting palette, easel, and “The Starry Night” mini-painting on a printed tile. However, LEGO has not yet finalized the official design that will be sold in stores. But we can’t see any need for any alterations.

This is an inventive, beautiful piece that also doubles as a poignant tribute. We’d like to imagine Vincent van Gogh would have loved it too.