The full trailer for Godzilla Vs. Kong recently hit, and it was the big dose of big boisterous fun we all needed right now. We imagine for a lot of younger folks who saw it, they might think this is the first time the two legendary monsters went toe to toe. (Or is that paw to claw?) But nearly 60 years ago, Japan’s finest kaiju and the Big Apple’s favorite ape duked it out in King Kong Vs. Godzilla.

Things were a little more low tech back then, but it didn’t stop kids the world over from eating it up. Now, a YouTube channel named Long Live The King, which is dedicated to all things Godzilla, has uploaded a side-by-side video of the 1962 movie and the 2021 trailer. You can see just how similar (and not similar) they are.

We imagine there will be a lot of differences between the original and the new version. For starters, the original had Kong getting his name first in the title. He subsequently won the big battle. Despite rumors for years, Kong won in both the Japanese and English versions of the film. With Godzilla’s name coming first in this new movie, could they be tipping their hat that the atomic lizard is the victor this time? We’ll have to wait and see. But I have a sneaking suspicion the two will team up to fight a third kaiju. Mechagodzilla perhaps? 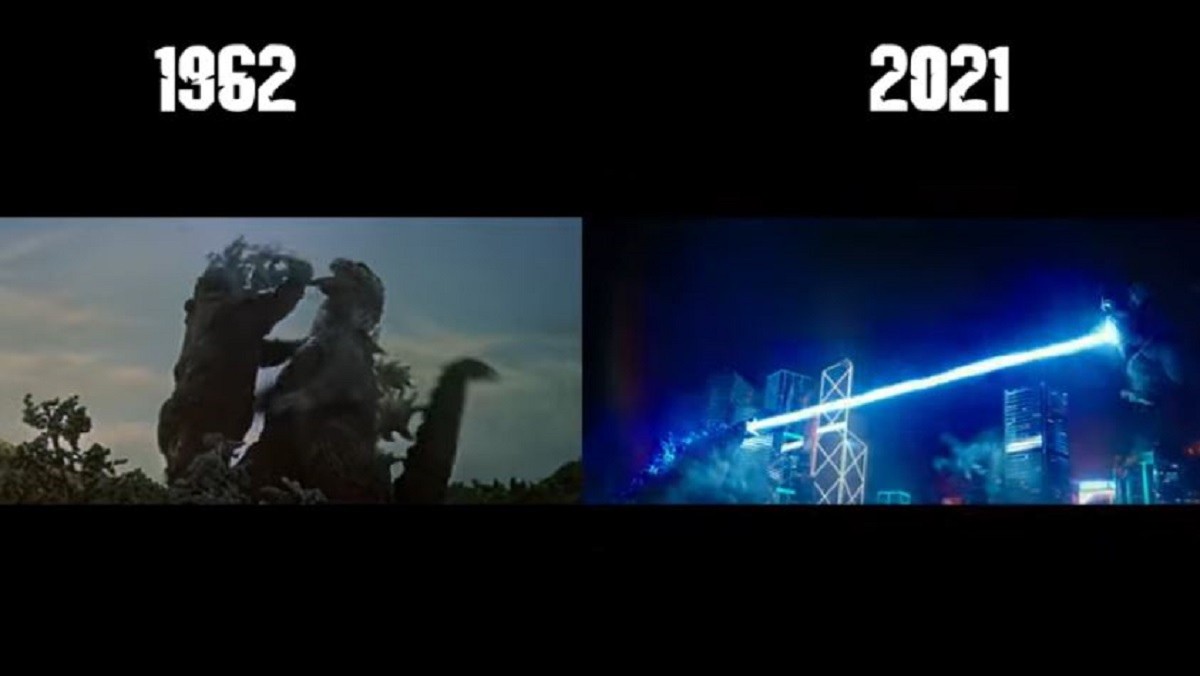 Regardless of who wins in Godzilla Vs. Kong, both cinematic behemoths will always be the rulers in their own right. Godzilla will always be “ King of the Monsters,” and Kong will always have the title of “King” preceding his name. But perhaps the greatest kaiju monarch is actually Mothra, who is female. Go fight over who gets to be king boys, nobody is going to take Mothra’s crown as Queen of all Kaiju away. And women tend to outlive men anyway. We’ll see who’s last monster standing in the end.