Michael B. Jordan Will Bring VICTORIES GREATER THAN DEATH to Amazon - Nerdist

Michael B. Jordan Will Bring VICTORIES GREATER THAN DEATH to Amazon

Michael B. Jordan is well-known for his acting career with roles in The Wire, Black Panther, and the Creed franchise, to name a few. But, in the past few years, he’s been extending his reach in the entertainment industry. Jordan is now behind the camera with his production company Outlier Society. He launched the company back in 2016 in hopes of highlighting diverse stories and giving underrepresented voices a chance to shine. And, Jordan has partnered with Amazon Studios to bring new content like Without Remorse to streaming. This time, the duo is coming together again to bring Charlie Jane Anders’ Victories Greater Than Death to life in a new series. (Thanks to i09 for dropping this cool news!)

It’s the first book in Anders’ Unstoppable YA trilogy. For those unfamiliar, the story follows Tina Mains, a teenage girl who is actually a clone of an alien hero. Of course, it is a secret she must keep from her friends. Tina is trying to live a “normal” life while keeping an evil threat away from Earth and other worlds. So she has to embrace her larger calling while also navigating the unenviable task of getting through typical high school drama. It is always cool to see girl protagonists in coming-of-age adventures. 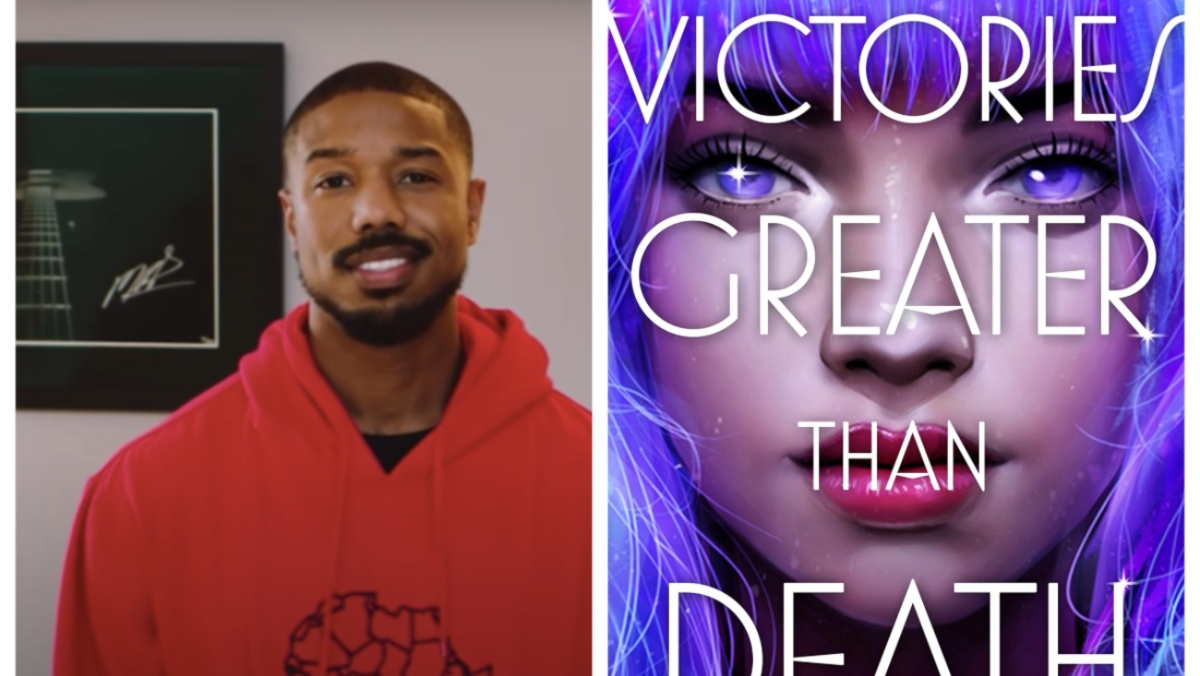 Right now, there isn’t much more information about the cast or who else will be attached to the project. But we know that the cast and crew will come from various backgrounds to enrich this storytelling experience. That’s because Jordan’s Outlier Society projects all have inclusion riders. It’s a stipulation in a contract that requires a certain level of diversity in casting and crew.

This includes women, LGBT people, people with disabilities, and people of color. (Of course, many people are at the intersection of several of these identities.) It is true that the Victories Greater Than Death protagonist presents as a white girl, even though she’s technically not human. But perhaps others around her will be from various backgrounds and experiences. And, hopefully not just random characters to fill a quota but people who are complex and fully developed. It’s certainly something to keep our eyes on, especially with Michael B. Jordan’s involvement.