Who Is VENOM 2’s Shriek?

It’s been announced that Naomie Harris will play the Marvel Comics villain Shriek in Venom 2 (via Variety). The film will set Shriek us as the secondary villain, as the primary villain will of course be Woody Harrelson as everyone’s favorite “deranged serial killer with an alien symbiote,” Carnage. But just who is Shriek, and how does she relate to Venom 2’s main baddie? Join us as we break it all down for you. 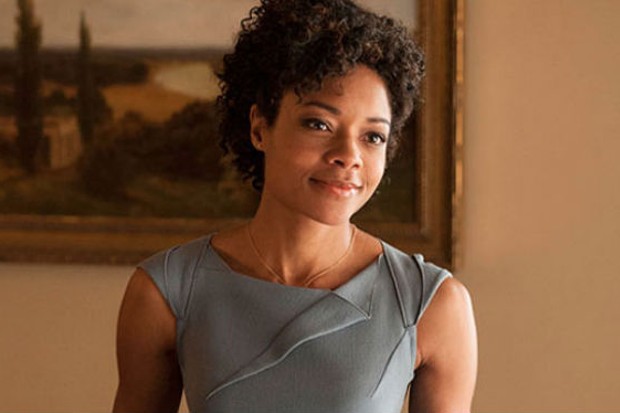 Shriek first appeared in Spider-Man Unlimited #1, back in 1993. She made her first appearance during the Maximum Carnage crossover, when the killer symbiote Carnage escaped from the Ravencroft mental institution (Marvel’s own version of DC’s Arkham Asylum). During his escape, Carnage happened upon Shriek, who was also being held at Ravencroft. She then volunteered to join him on his murder spree, a kind of super powered version of the movie Natural Born Killers (cue Woody Harrelson as Carnage). 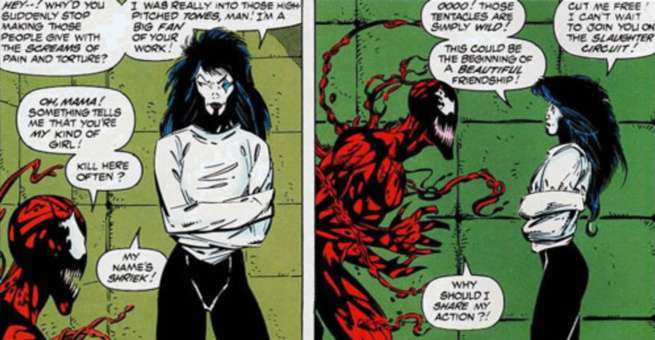 They soon recruited several other murderous and insane villains, and began to see themselves as a sort of twisted family, with Shriek and Carnage taking on the roles of “Mom and Dad.” Shriek clearly had feelings for Carnage, although it is unknown if the serial killer could honestly return those feelings in any real way.

During this event, Shriek used her mental abilities to fill thousands of New Yorkers with rage in an effort to get them to kill one another. Luckily, Spider-Man and the other Marvel heroes were able to stop her before anyone was seriously hurt. Still, this incident showed off just how deadly Shriek’s powers could actually be. Going forward, Shriek would break out of Ravencroft fairly regularly, operating both as a solo villain as a member of groups like the Sinister Six. And even the Sinister Sixteen! 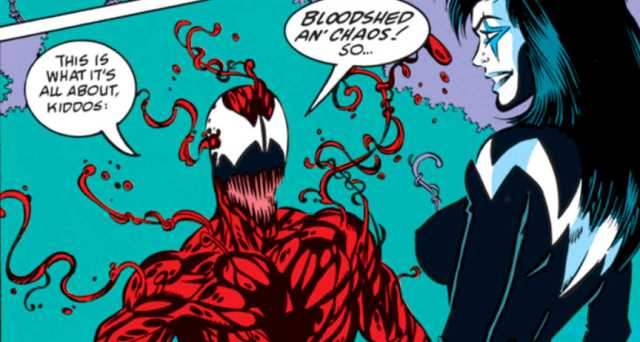 Over the years, Shriek’s tragic backstory would be revealed slowly. She was born Francis Louise Barrison, she grew up in an abusive household. Her mother often tormented her for being overweight, which led to serious psychological damage. She turned to drugs to cope with the pain of her childhood, eventually becoming a drug dealer herself. Later on, she was shot in the head during an altercation with the police.

As a result of her head injury, Louise found herself in a coma, where her essence wandered into a place known as the Dark Dimension. This is the same Dark Dimension from which the hero known as Cloak (of Cloak and Dagger fame) received his powers. 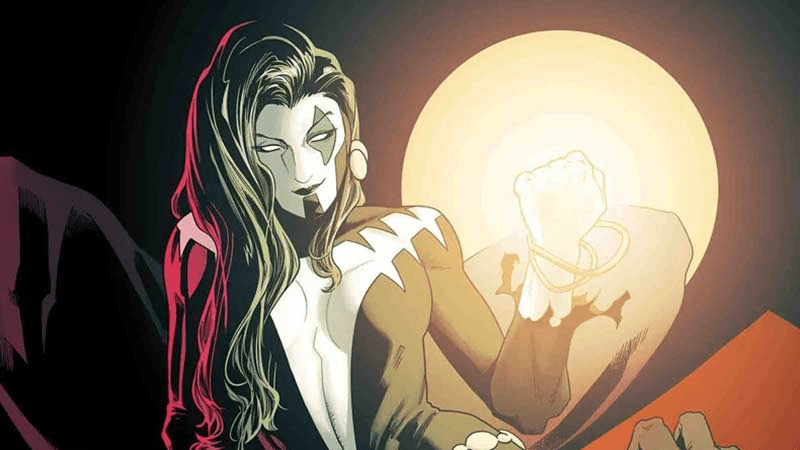 Aside from fighting Spider-Man several times over the past 25 years, Shriek became an enemy of Venom/Eddie Brock. In fact, an argument can be made that she hated Eddie even more than she did Peter Parker. Given this fact, and her love for Cletus Kasady/Carnage, it makes sense that Venom 2 would make her one of its main villains.

It is unlikely that Venom 2 will be able to address Shriek being either a mutant or her powers deriving in some way from the Dark Dimension (thanks to Marvel Studios owning those concepts outright), but the Venom filmmakers shouldn’t have any trouble finding an alternative to explain Shriek’s power set. One thing’s for sure: her inclusion has just made this project that much more interesting.