VELOCIPASTOR Is a Lot Better Than You Might Expect (Review) - Nerdist

VELOCIPASTOR Is a Lot Better Than You Might Expect (Review)

Considering the absurd title, poster, trailer, and premise for Velocipastor—a movie in which a priest transforms into a killer dinosaur—it’s natural to expect it to be bad while hoping it will be so bad it’s “good.” However, if that’s what you want from the film you’re not going to get it, but for a good reason. Velocipastor knows exactly what it is: a sincere parody that is genuinely funny. And if it were shorter it might even be great.

Considering this silliness started out as fake movie trailer in 2011, it’s pretty amazing how much Velocipastor pulls off the gag as an actual film (that only clocks in around 70 minutes). The whole thing is as dumb as the plot sounds, but in the best way. A grief-stricken pastor goes to China where he becomes infected by an ancient and dangerous curse that allows him to turn into a dinosaur when he’s angry, kind of like a prehistoric Hulk-werewolf without a budget. After teaming up with a wise “sex worker with a heart of gold” and making peace with his formerly divine ways, he embraces his animalistic side to rid the world of bad guys by eating and maiming them. Also there are ninjas. And drugs. And Vietnam flashbacks. And a voodoo witch doctor.

Without question, it’s all as ridiculous as it sounds, and that’s without spoiling some surprises and characters that are intentionally extra dumb. (The movie might honestly have the funniest pimp ever, but all of the performances work thanks to a committed cast that mostly plays it straight.) Velocipastor wants you to laugh with it, and you will, because it’s an actual comedy with genuine jokes and bits.

It’s all just one massive spoof of different genres, stories, and tired Hollywood tropes. There are elements of famous films like An American Werewolf in London, The Da Vinci Code, and Pretty Woman, as well as riffs about movies about troubles priests, ’70s martial arts films, and war movies. Almost every beat and scene feels like a parody of a story or stereotype you’ve seen a million times. Plus, it boasts some very clever, very subtle jokes about characterization and storytelling mixed in. 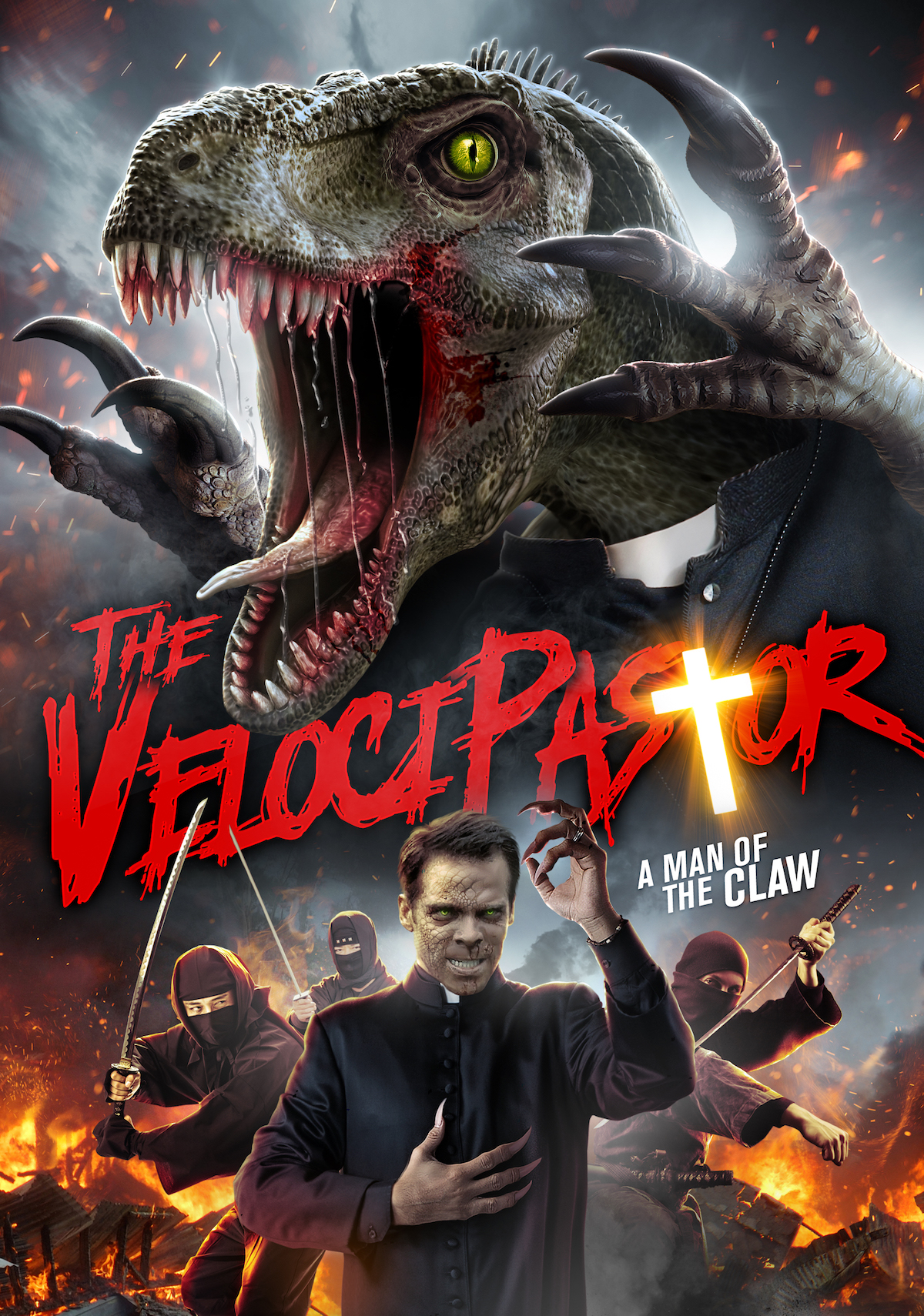 That doesn’t mean everything both big and small works. At one point a cliché maniacal laugh from two over-the-top ninjas goes on way too long, the first time it feels like the movie is too in on the joke. Velocipastor excels when its jokes do all the heavy lifting without acknowledging the fourth wall. And yes, the film starts to drag at the 30 minute mark, as the one-note gag of a priest turning into a dinosaur starts to strain under its own inanity. Fortunately a well-placed flashback brings it all back into focus, and despite a few more hiccups along the way, like a needlessly long sex scene that seems to exist merely to justify the cost to license a song, it still delivers laughs right up to the end. It also helps that the movie embraces its low budget rather than trying to be clever in making any “special effects” or costumes look good. Some of the funniest moments come from knowingly absurd sight gags played straight, all of which is capped off by the wise decision to pull a Jaws by waiting to show us the full dinosaur transformation, a revelation exceedingly worth the wait. 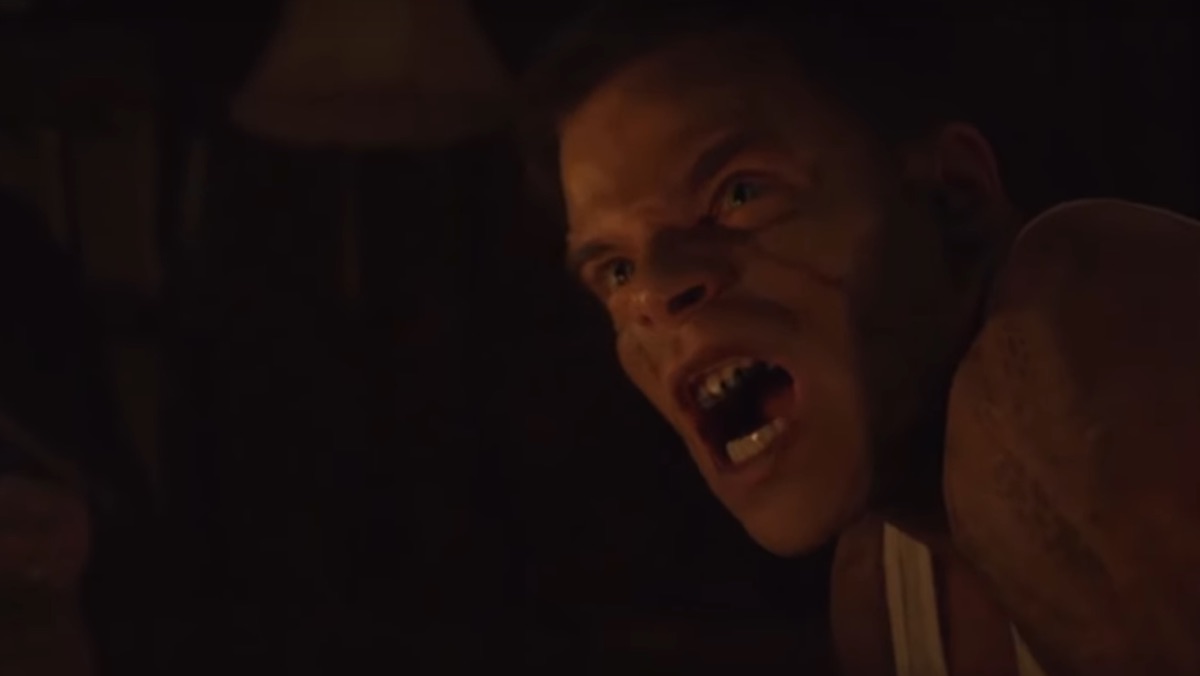 Is the movie good enough to be considered a truly great comedy? No, probably not. but it’s still way better than most people would expect. It also won’t be a surprise if Velocipastor becomes a cult classic of midnight moviegoers. Some of the dialogue is so good, plenty of lines will be fun to yell out in a theater. At only an hour and ten minutes, there are far worse films (with budgets 100 times bigger) to revisit, but if Velocipastor cut some fat and was maybe 45 minutes at most, it might be great.

Considering we were hoping it would be so bad it would be “good” that’s a bigger surprise than seeing a priest turn into a dinosaur.