Everything You Need to Know for VAMPIRE: THE MASQUERADE: L.A. BY NIGHT Season 3 - Nerdist

Everything You Need to Know for VAMPIRE: THE MASQUERADE: L.A. BY NIGHT Season 3

Led by Storyteller Jason Carl of White Wolf Entertainment, Vampire: The Masquerade: L.A. By Night is a dark tale of personal horror and inhuman conspiracy that sees four vampires doing their best to navigate the macabre affairs and terrifying realities of surviving the Los Angeles nightlife. 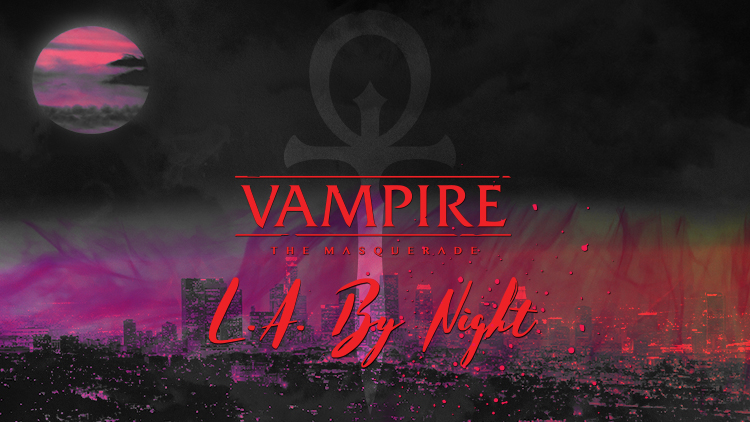 Season 3 of L.A. By Night starts Saturday, June 1, 2019 at 9:00 PM PT, and Storyteller Jason Carl has prepared everything you need to know to get ready for the beginning of the next tale. Here’s what happened at the end of Season 2 and what has happened in the story in the tumultuous weeks since.

Spoilers for L.A. By Night follow. Read at your own risk.

Four Weeks Ago (The End of Season 2)

The Griffith Coterie made the battle lines clear and drove home their point when they murdered Chaz Price, the Prince’s Herald and Nelli’s sire, sending him to the Final Death. Annabelle then rallied the Anarch Movement in Los Angeles, urging them to be ready for what would come in the nights ahead. 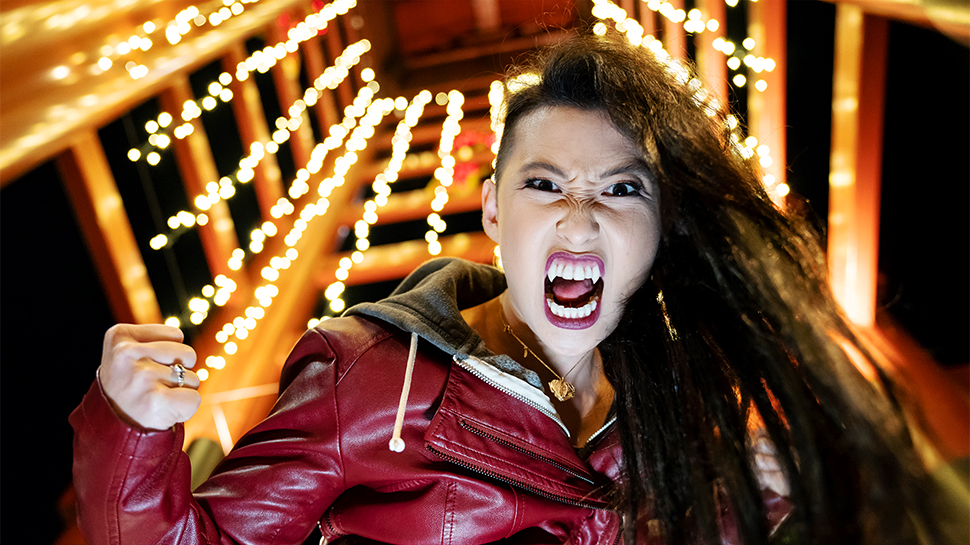 “Vannevar Thomas wants to steal our home. We will not allow this! We will not bow to him. We will not give him our streets, our havens. We will not let him choose our rulers. We will not pay his f***ing blood tax! Freedom over oppression! Liberty over tyranny! Independence over servitude! We the Kindred of Los Angeles make this choice again. We make it here, we make it now, and we make it together!”

Prince Vannevar sent Kindred envoys into Anarch territory to demand obedience and make examples of those who refused. They were met with strong resistance and scorn, as the Barons made it clear that they would not cooperate, and these clashes led inevitably to violent skirmishes almost every night.

Anarchs from the Valkyries and Nines’ coterie formed a roving patrol that cruised Anarch turf, roughing up any “Capes” they found. When they discovered Camarilla Kindred trying get control of the East L.A. drug trade by manipulating a local street gang, Los Perdidos, they reacted with lethal force, killing a pair of Ventrue neonates in the street. 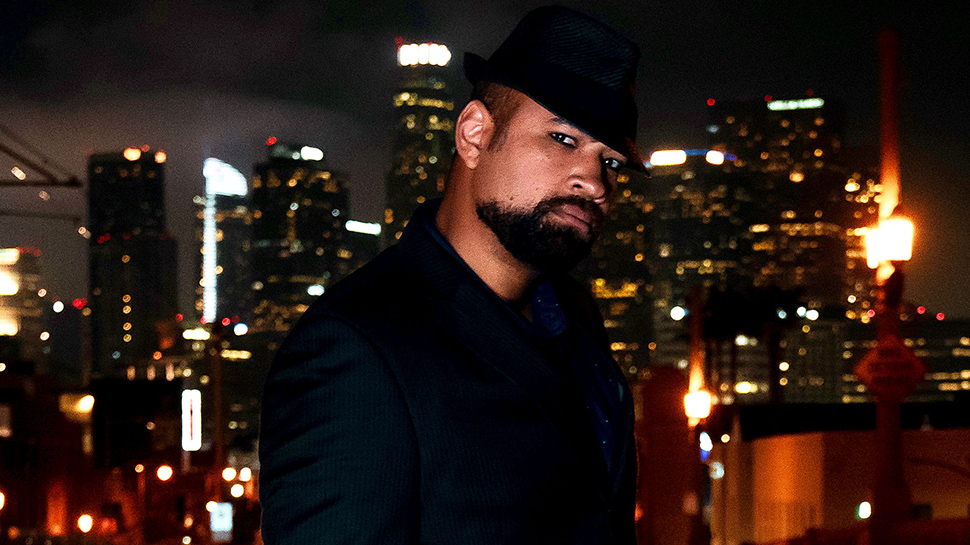 Nines, busy trying to fend off another incursion downtown, asked the coterie to lend a hand. They obliged and helped Kasey clean up the mess and check for witnesses. Some Los Perdidos interrupt the cleanup, leading to a violent confrontation that left several gang members dead.

Two Camarilla Kindred, Sanchez and Rycek, appeared on the scene, claiming they were also intending to help clean up. After a tense standoff, both sides agreed to cooperate and protect the Masquerade, Sanchez agreeing to try and de-escalate the situation with Vannevar.

“We won’t back down,” he promised, “but I know that we would all prefer a colder war.”

One the eve of her nightclub’s reopening, Miranda invited the coterie to meet with her visiting associate, Mr. Hesha, also of the Ministry. The coterie found him at the Church of Scientology of the Valley. There, in a small private library, he discussed the Ministry’s plans for expansion, confirming that the murder of Chaz Prince convinced them to reject Vannevar’s offers and stick to their Anarch alliance. 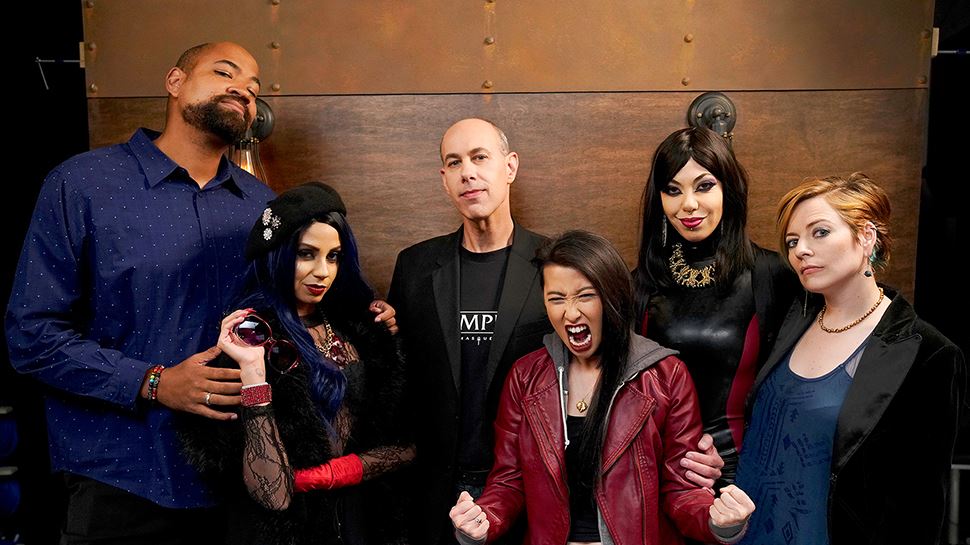 Reminding Victor that their help comes with a price—”a seat at the table”—Hesha made two requests:
First, allow the Ministry to conceal some of its illegal activities within the Temple of Boom business structure.

Second, meet with a representative of the Thin Bloods and make good on Victor’s promise to allow the “Duskborn”safe haven in the Valley.

The coterie declined to allow criminal activity into Temple of Boom, but agreed to meet with Delilah, a Thin Blood who claimed she could eat and drink normal food and even be out in the sunlight without harm. Claiming to represent more of her kind in Santa Monica, where Baron Therese oppresses them, she asked for permission to relocate to the Valley.

The coterie consented. Before leaving, Delilah mentioned that the Camarilla has murdered some Anarchs in Santa Monica, including some of X’s friends in the Drum Circle, and Baron Therese’s own coterie.

By the end of the month, two things became clear: the Camarilla has unnervingly good information on the Anarchs, and it’s using its influence with police and other mortal institutions to put pressure on its enemies, weaving webs of social connections, business transactions, and personal favors to gain sway over important mortal groups.

Urged by Therese to “step up their game,” Abrams, Nines, Fiona, and Therese, pooled their mortal influences to thwart Camarilla manipulation of key organizations and businesses.

Their goal: open up a second front in the conflict, keeping the Camarilla busier while the Anarchs on the street rally for more action.

Abrams loans the coterie some of his personal influence in the mortal world, encouraging them to exercise it against the Camarilla.

The Camarilla seems to have taken the bait, locking horns with the Anarchs in a proxy war that now begins to play out across mortal institutions. The repercussions will be felt but surely throughout the city, at every level. The violence on both sides has started to slow, as both sides assess the situation and prepare for what is likely to be a long, bitter struggle.

Neither side has a decisive advantage… yet. 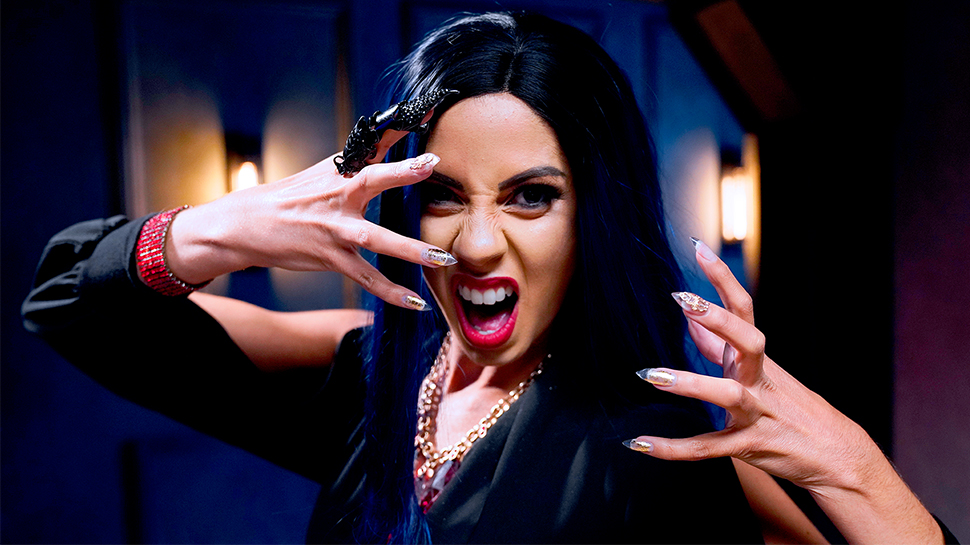 What will happen next? Find out tomorrow night on the season premiere of L.A. By Night, and tune in to the Geek & Sundry Twitch channel every Friday night for more Vampire: The Masquerade.