Social Vampire Bats Snack on Blood With Their Friends

As we all learned around kindergarten, snacking with your buds is almost always better than snacking alone. It turns out social vampire bats feel the same way. A new study found out this subfamily of leaf-nosed bat, which thrives in Central and South America, has a penchant for drinking blood with the proverbial homies. They’ll even let each their vampire bat friends know when they’ve found a good drinking spot. Literally.

SYFY WIRE reported on the new study published in the journal PLoS Biology. For the study, a post-doctoral researcher at the Smithsonian Tropical Research Institute, Simon Ripperger, and his colleagues attached small devices to 50 vampire bats. They subsequently tracked their nighttime foraging activities in Panama. These vampire bats leave their caves at night and head out to pastures to bite cattle and suck their blood. 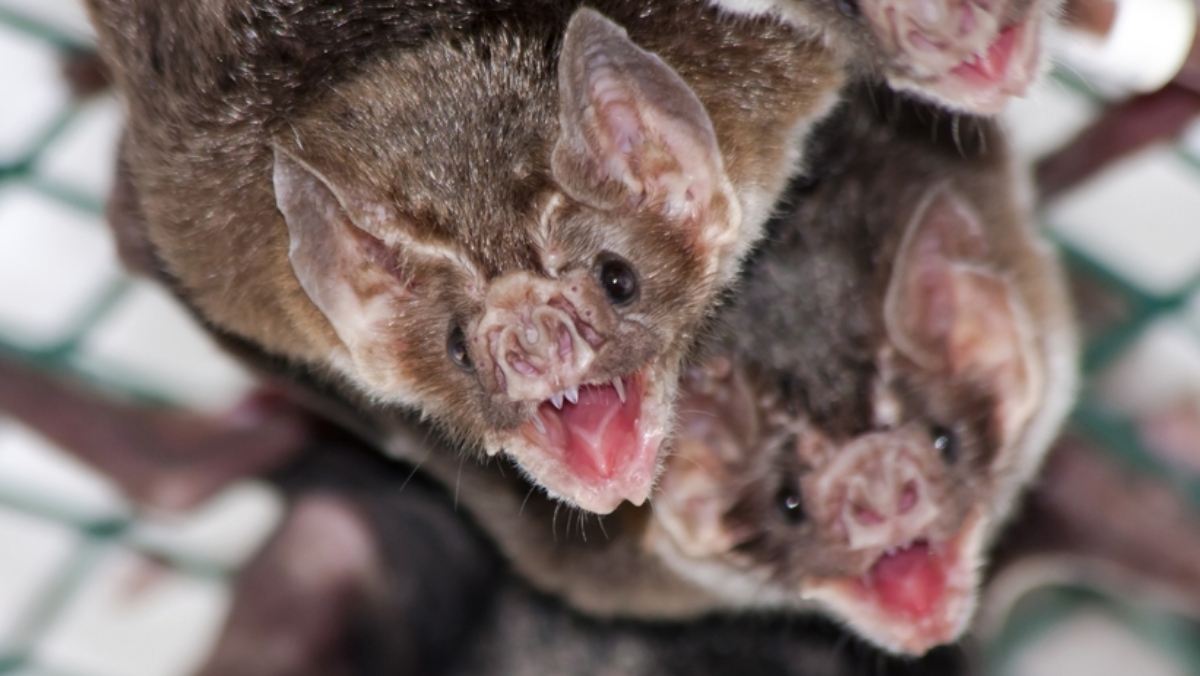 Twenty-three wild-born bats that researchers had kept in captivity for two years were among the subjects. Thanks to the bats’ stay in captivity, Ripperger et al. knew the status of their social bonds. They could then observe how they left their caves and, once they found food, whether or not they decided to meet up and share.

Unlike vampires themselves, who love to slake alone, the researchers found vampire bats enjoy the exact opposite. After leaving their roosts in the caves, the vampire bats did indeed split up with their pals. Once the bats were “on the hunt,” those who found ideal bovine blood called friends over for a taste. That’s very socially aware of these vampire bats. Although Ripperger speculates there may be a selfish motive for the seemingly altruistic behavior.

Vampire bats meet for dinner. @SimonRipperger & Gerry Carter show that social bonds in #VampireBats typically defined by cooperative interactions within the roost also extend beyond the roost and may provide benefits when foraging for blood #PLOSBiology https://t.co/K8VykFv8Ja pic.twitter.com/nGgTd5yuey

“You could imagine that if you and your cooperation partner go foraging alone, it’s likely at least one of you finds food,” Ripperger told SYFY WIRE. “If you attract your cooperation partner to an open wound, then you increase the likelihood the other is also feeding, which reduces the need to share food later in the roost,” Ripperger added. These vampire bats get by with a little help from their friends.

Despite the plausibility of that idea, we’d like to think that vampire bats share meals because they just want to spend time together. Co-author of the study, behavioral ecologist Gerald Carter, did tell Reuters vampire bats have “close cooperative” bonds. So we guess vampire bats have something akin to friendship happening. And the adorable bloodsuckers obviously love “hanging out” in their roosts together. Besides, even Blade has a few amigos!