Set during an epic conflict loosely based on World War II and infused with fantasy elements, Valkyria Chronicles is best known for its engaging battle system that blends third-person shooter, tactics, and RPG genres to make something beautifully strategic. Unfortunately, the Sega franchise never did as well in Western countries as in its native Japan, so it’s been a long time since we’ve gotten a core game in the series here in America. But that wait is almost over, and Valkyria Chronicles 4 marks a glorious return to the series’ roots in more ways than one.

Those who played the disappointing Valkyria Revolution might be understandably worried about VC4’s battle system. The spinoff ditched the inventive battle system that put the series on the map and replaced it with lackluster real-time action. Thankfully, VC4’s combat ignores that Revolution ever happened and works similar to previous core Valkyria games. When going into battle, you’ll have a team of soldiers with different skills and abilities: Scouts can travel far in a single turn, but lack heavy ammo and defense; shocktroopers do the bulk of the shooting; lancers take out tanks and turrets; snipers striking from afar. Each character can move and attack once during their turn, and when all of the action points have been used up, the round ends and the enemy has a chance to move.

There’s strategy in movement, as leaving your soldiers wide open at the end of the turn means they’re likely to be gunned down by the opposing side. Not only do you need to get in position to attack, you have to make sure you’re probably defended as well. Striking itself is where the third-person element comes in, and it does require careful aim. Most of the classes return from previous games with the exception of the new kid in town, the Grenadier, whose job is to shoot long-range grenades. The tradeoff for that firepower is slow movement, so don’t expect to run all over the map shooting explosives at everything in sight. 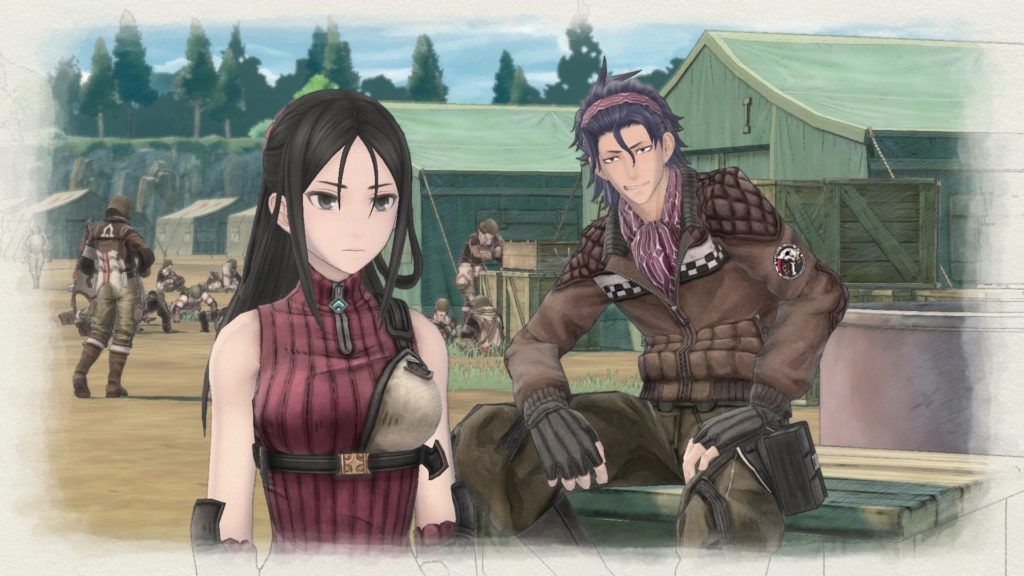 This is the first core Valkyria Chronicles on a home console in a decade (Valkyria Chronicles 2 was only released on Sony’s PSP handheld), so of course it looks more gorgeous than ever. The watercolor aesthetic makes every frame pop. I didn’t see any familiar faces during my demo; Valkyria Chronicles 4 has a whole new cast with a story that takes place at the same time as the first game, only on a different part of the continent. This feels entirely fitting, bringing the series full circle after a decade.

It’s not surprising that a game that falls somewhere between “World War II shooter” and “fantasy RPG” has a niche following, and that fanbase has reason to celebrate. With Valkyria Chronicles 4’s September release drawing ever closer, the only question that remains is what system to buy it on: Xbox One, PS4, or Nintendo Switch?