Unsolved Mysteries is back! Netflix has resurrected the classic series about unexplained deaths, inexplicable disappearances, and strange phenomena for a whole new generation. (And on that note, if you’ve got any credible tips on recently aired cases, they’re accepting calls.) Now the show is looking back on one of the biggest scandals to ever rock showbiz: the story of Who Framed Roger Rabbit.

It was a shocking case that had everything: the murder of a wealthy businessman, whispers of a salacious affair, double-crosses, a missing will worth untold wealth, and cartoons living alongside real humans. And after 30 years, this case’s many unanswered questions are getting the (unofficial) Unsolved Mysteries treatment.

The newest edition of “Nerdist Remix,” edited by Matt Caron, invites you to investigate the greatest unsolved mystery in the history of cinema, live-action and animated alike. Who was really responsible for the death of media mogul Marvin Acme? Did Toon Town’s biggest star, driven mad by jealousy and a demeanor only an impossibly gorgeous redhead could love, drop a safe on the businessman’s head? Or was that overly-animated animation also a victim? Was he the target of a conspiracy that threatened all of Hollywood? Was the sinister judge tasked with administering justice really who (or what) he claimed to be?

And what did an anthropomorphic taxi have to do with any of it? 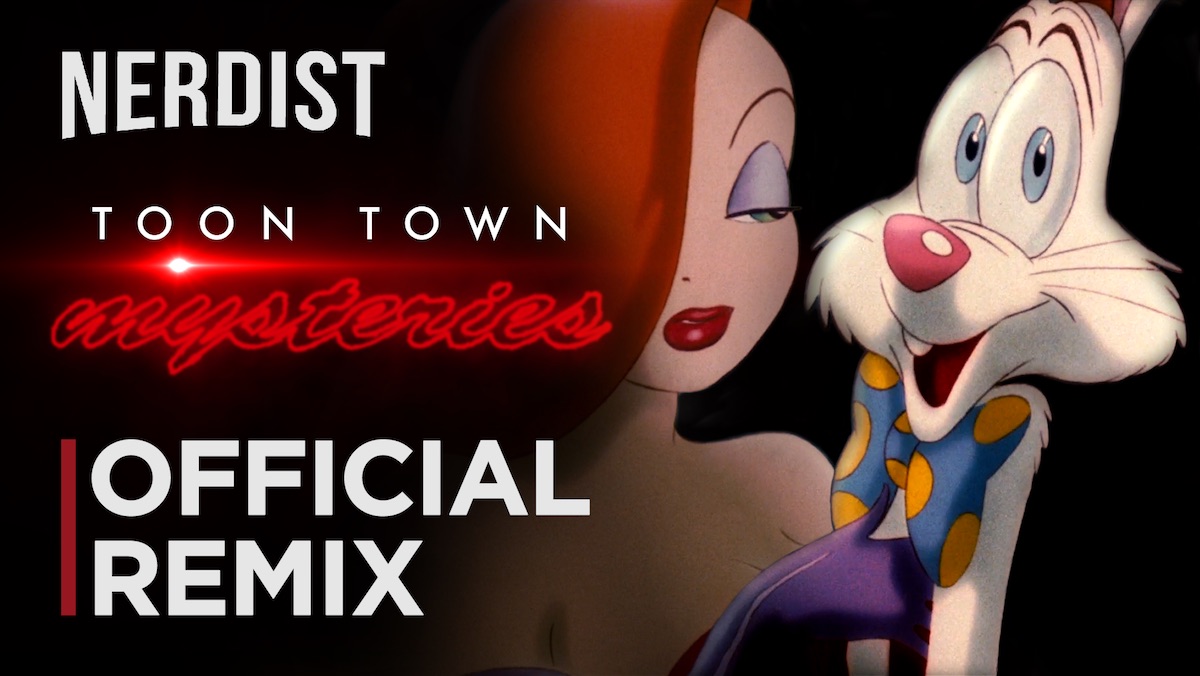 Viewers can join private detective Eddie Valiant as he dives into the darkest rabbit hole any P.I. has ever found himself in. It was the case too big for both Tinsletown and Toon Town. But it’s exactly the type of dark, bizarre, case that was made for Unsolved Mysteries. And for “Nerdist Remix.”

Because there’s never been a more compelling mystery than the question of who framed Roger Rabbit.