Explore USA’s History of UFO Sightings with This Interactive Map

Every so often, the night’s sky will give way to something unfamiliar. A light that glows differently from its neighboring stars, or an object that moves unlike any airplane you’ve seen before. Ultimately, you’ll probably decide that it’s “just one of those things” and get back to life as you know it. But you can’t help but wonder, for at least a brief moment, if you’re witnessing something from another world.

And if that feeling really sticks, you may even report the find, as tens of thousands of Americans have done over the past century. If that number surprises you, take a look at this interactive UFO Sightings Map. 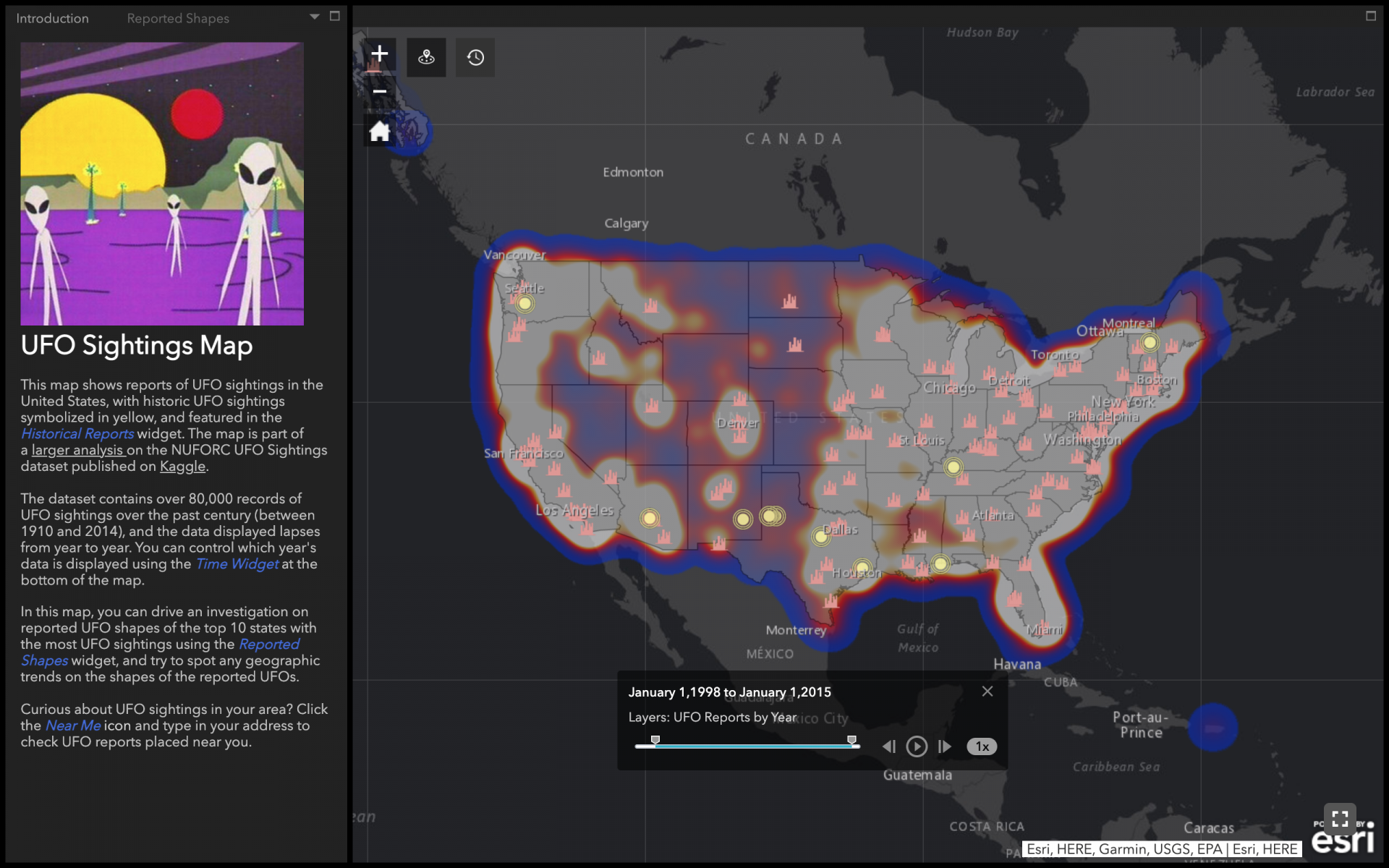 The website combines an ArcGIS Online map of the United States with information from the National UFO Reporting Center; by way of the data science organization Kaggle. (We first found the map over at Boing Boing.) The UFO Sightings Map hosts information on sightings across the country, dating back to 1910 and as recently as 2014.

You can simply observe a time lapse of the US’ overall reports, or use the site’s various features to specify your findings. You can focus on a given year or zero in on a specific location; you may also refine your search by the physical characteristics of sighting. For instance:

Clicking on a symbol representing an individual report will allot details of the sighting. As a bonus, the site categorizes a handful of such reports as “Historical UFO Sightings,” offering more context on this lot. 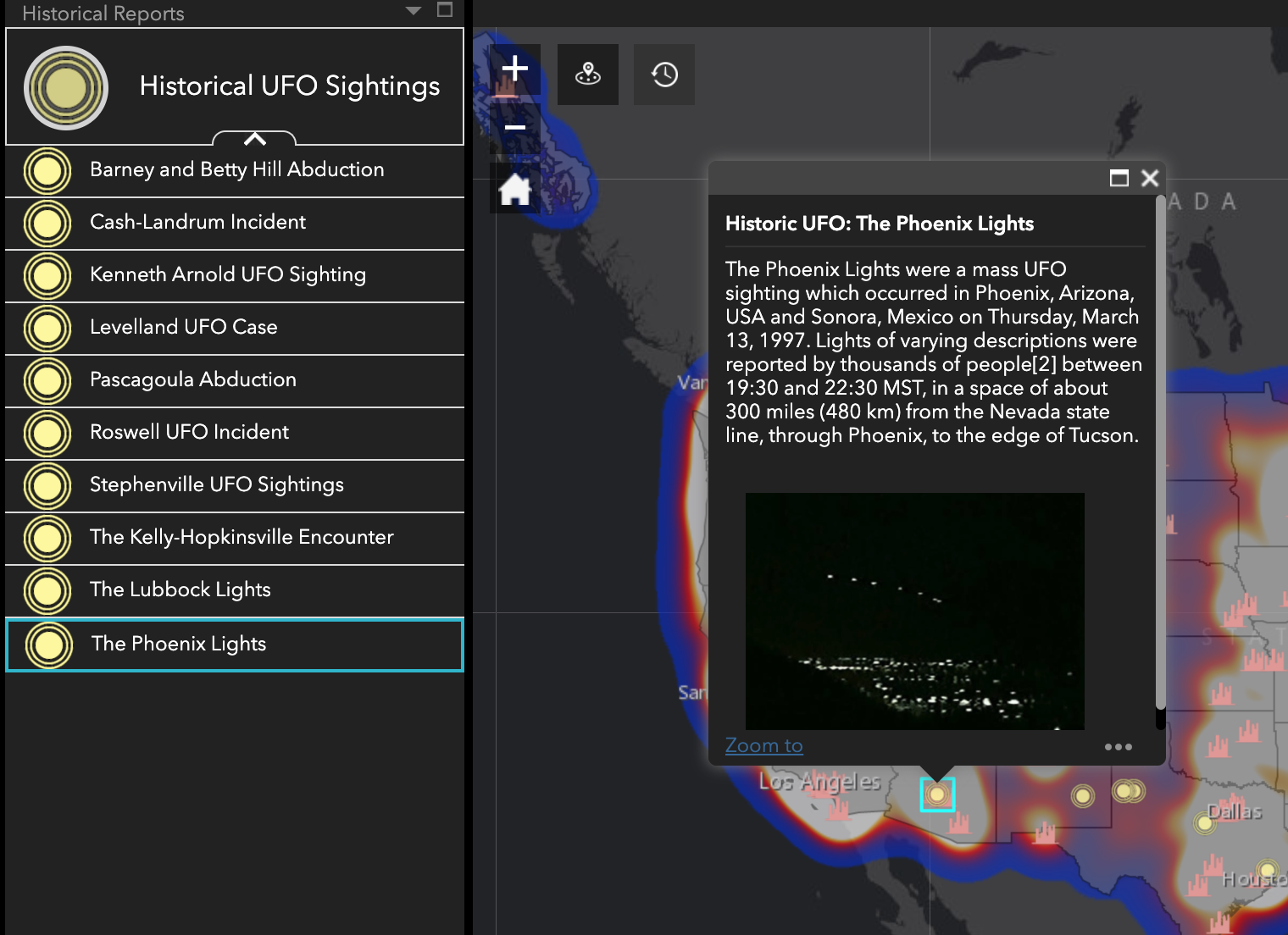 Whether you lend credence to these findings or think they’re all a bunch of hooey, the site is a fun an informative tool. And even if you fall in the latter camp, it’s sure to at least pique your curiosity. And maybe get you thinking about that weird fuzzy glow you saw while walking the dog at night a few years back…