How would you react to the arrival of a UFO on Earth’s soil? Would you succumb to fear and distrust, like that soldier at the beginning of The Day the Earth Stood Still? Or would you give in to curiosity and climb aboard, like Richard Dreyfuss in Close Encounters of the Third Kind? If you lean toward the latter, then you may have a trip to Joshua Tree in your future. California’s renowned national park has become touchdown site for an extraterrestrial vessel. More accurately, an AirBnB designed to look like an extraterrestrial vessel. But it sure does seem to nail the vibe. 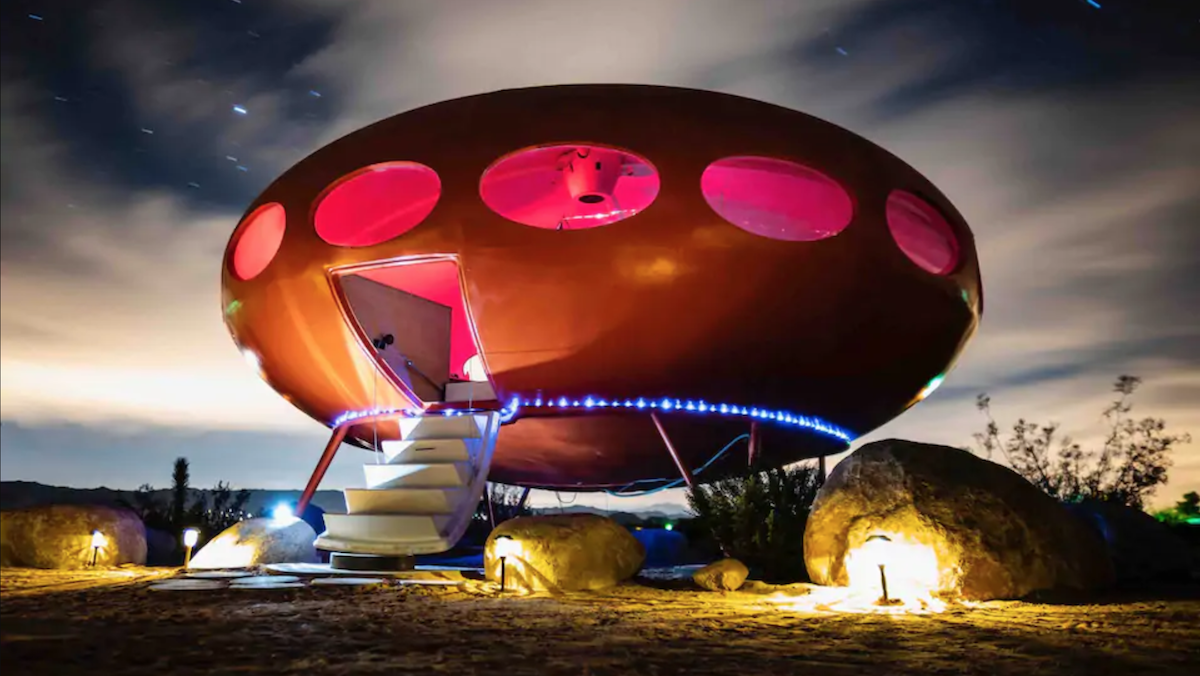 The grounded space-traveler in question goes by the name Area 55 Futuro House, and sports a formal listing on AirBnB. (We first spotted news of the residence-for-rent over at Mental Floss.) Per the site’s ad, the Futuro House has not made the trek to Earth alone; there are 85 other such edifices on Earth, 19 of which are located in the United States. But the ad also specifies the Joshua Tree UFO as the only such location presently availing space to renters. So if you do want the alien abduction experience, Southern California is your best bet. Which is something we all would have figured anyway. 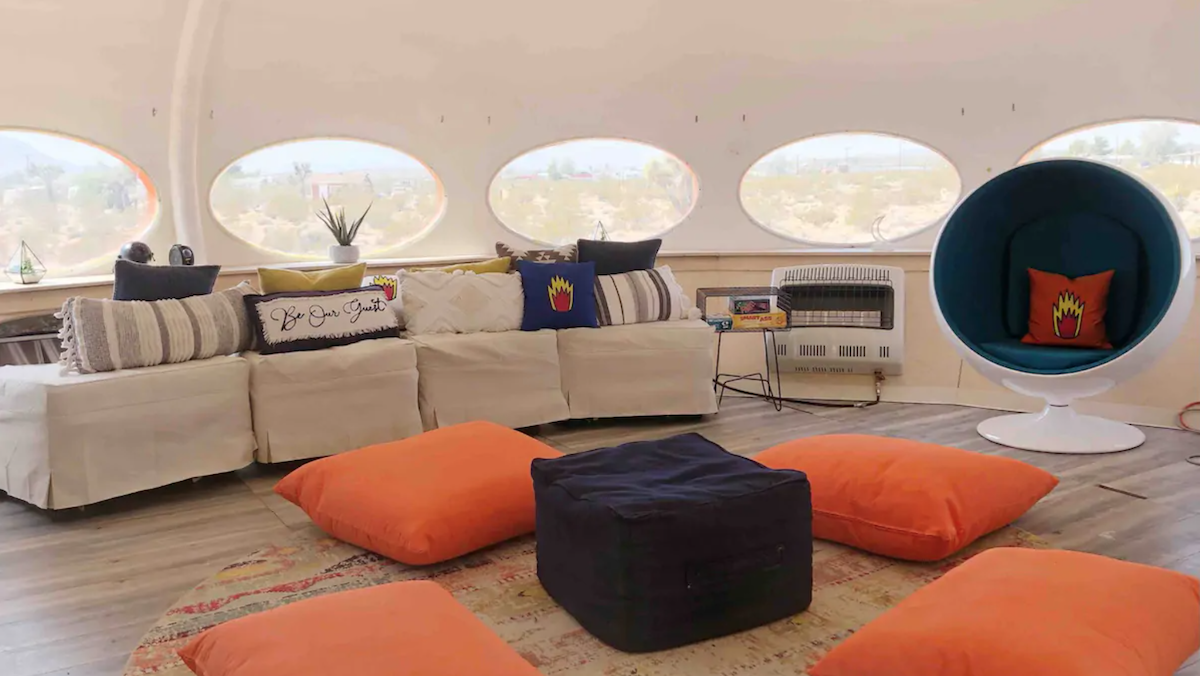 The Futuro House series hails from the mind of the late Finnish architect Matti Suuronen; he launched the concept in 1968, which ultimately grew into a worldwide phenomenon. The Joshua Tree location, a.k.a. Area 55, boasts 520 square feet. Inside you’ll find two queen beds, a couch, some spacey chair pods, and typical glamping amenities. (The bathroom appears to be a separate outhouse on the property.) Owned by a host listed only as Ronald, the bright red vessel sits in the middle of a five-acre plot of land. At the time of this writing, a night in the Futuro House will run you $225. The house appears to be booked solid through the year, but availability opens up in mid-2022.