Try These New Dungeons And Dragons Classes ... With Caution - Nerdist

Try These New Dungeons And Dragons Classes … With Caution

Dungeons & Dragons is just one of those games that will never, ever get old.

However, after years of playing the standard Player’s Handbook races and classes, you may come to a point where you’re looking for something new, something different. If that happens, it’s time to look at Unearthed Arcana.

Mike Mearls, D&D Lead Designer for Wizards of the Coast, has been writing the monthly Unearthed Arcana column over on dnd.wizards.com since 2015. According to Mearls, Unearthed Arcana is a research and development piece that shows off “a variety of new and interesting pieces of RPG design for use at your gaming table.” In that respect, Unearthed Arcana is akin to the alpha and beta phases of video game development. It’s also one of the best places to look when you’re in the mood to possibly add something new into your D&D campaign.

Following is a collection of Unearthed Arcana material focused on some new player character classes you may want to consider trying out. Take note that the game mechanics presented in Unearthed Arcana “are in draft form, usable in your campaign but not fully tempered by playtests and design iterations. They are highly volatile and might be unstable; if you use them, be ready to rule on any issues that come up.”

The Modifying Classes article covers overall guidelines for modifying classes in general, should you want to try doing it yourself, and get some specific character classes tailor made for your own campaign. 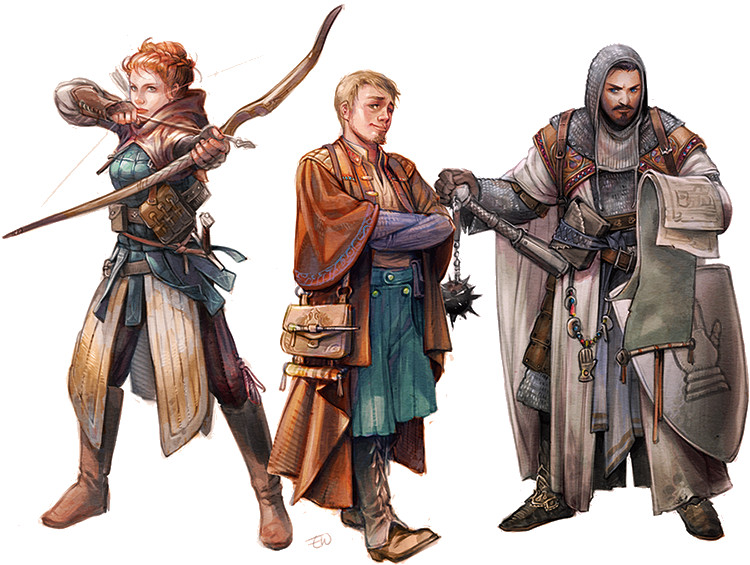 The article goes into detail on the process of creating new class options and lays out class-specific guidelines for all twelve standard classes. Two full examples are also planned out: How to modify the Ranger class into one that doesn’t cast spells; and the Favored Soul, a new origin for the Sorcerer class.

In the Light, Dark, Underdark edition of Unearthed Arcana, several new character options are described, including the Shadow Sorcerer, the Undying Light warlock pact, and a new ranger archetype, the Deep Stalker.

Rangers are generally known to be in their favored terrains above ground. The Deep Stalker ranger is one who specializes in underground forays, especially into the Underdark. New abilities include an enhanced Dodge, Flurry, Iron Mind, and a cool ambush feature called Underdark Scout. Check out this class if you’re looking for something special to go up against the drow.

The Rune Scribe is a Prestige Class, meaning it works like a multiclass character. PCs can’t add the Rune Scribe class until they reach 5th level in another class, and also have met the prerequisites for both Rune Scribe and your current class. But once those are met, Rune Scribe opens a whole new list of class features, including rune magic, along with four master runes for the Rune Scribe who has reached 5th level. Consider rolling up a Rune Scribe now if you want to get it prepped before Storm King’s Thunder hits.

The Awakened Mystic’s class features include d8 hit dice, two Mystic Orders–the Order of the Awakened, the Order of the Immortal–and such powers as Psionic Investigation, Psionic Resilience, Psionic Weapon, and Mind Meld. Seriously, this is the coolest unofficial 5E D&D class, amirite?

Wait, before you answer that, take a good look at Unearthed Arcana: Waterborne Adventures, which includes the Minotaur playable race. Yes, minotaur. 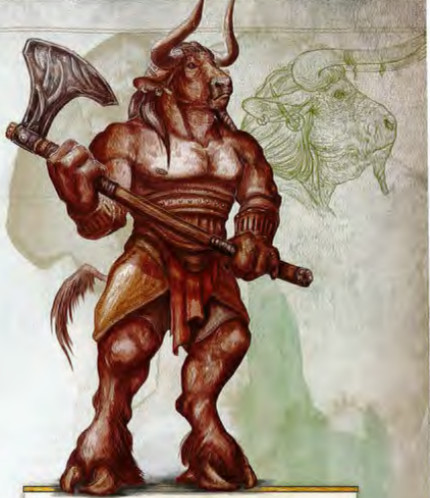 This Minotaur PC class is based on the minotaurs of Krynn, from the fantastic Dragonlance campaign and novel settings. The article details everything from minotaur personality, to their culture and society, and on to their names and unique traits. Also, your horns do 1d10 piercing damage. With Goring Rush, a melee attack with your horns is a bonus action when you Dash. Yeah, that’s very cool!

Be sure to consult with your DM about bringing your favorite into the campaign world. And if you’re not already doing so, make Unearthed Arcana a standard monthly read for more new and interesting D&D material.

So, do any of these Unearthed Arcana PC classes catch your attention? Share your thoughts in the comments!