GM Tips is our series to help Storytellers and Game Masters improve their craft and create memorable roleplaying experiences. Last time we talked about adding sound effects to our game and with a little immersion its the perfect chance to handle storytelling Horror.

“The last man on earth sat alone in a room. There was a knock on the door.”

Two sentence horror stories are one of my favorite writing exercises and with all the creatures in various Monster Manuals its time we talked about horror. Adding a horror module into your campaign (or as a one-shot) is a natural way to change the pace. Most horror tales tend to move at a slower pace which works well after finishing an epic action-packed campaign. The tricky part is making sure your players are on board. It is no fun when your players sit there like a plank of wood.

When you’re storytelling horror—you are aiming to invoke emotion in the players, not their characters.

Don’t worry about getting into the mind of the characters first (that part will come naturally from the players). In fact, running a horror scenario is a wonderful way to get players attached to their characters, or even bond a group of new players together. A game of Thirteen Candles with new friends is a way to make any night memorable. 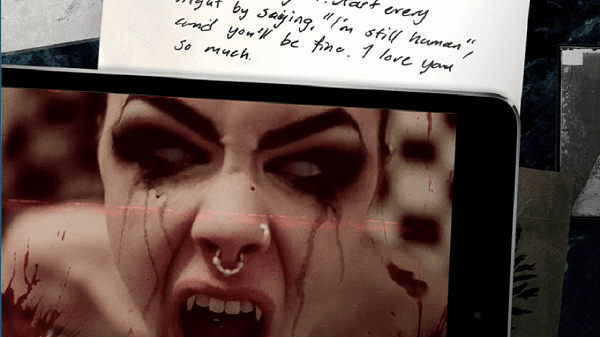 When players sit down at the table, character sheet in hand, and ready to brawl—you’ve gotta shake up the scenario. This is one aspect of horror storytelling that is true in any medium. Taking the normal and expected then adding a surprising twist is something of a meme, but there is truth behind it. Thirteen Candles achieves this by running a game in near-total darkness, where Dread introduces the Tower of Hopes. By changing an expected out-of-game sense (sight and touch), it creates a tangible player connection to the imagination. You want this connection so you can scare the player later.

A little creativity goes a long way to achieve this regardless of the game system we’re using. When a character fails a saving through… tear off a piece of their character sheet. When they make a perception check… go into great length describing the sound of absolute silence. Even when the group launches an attack, break some vegetables and describe the bone-crunching and blood-curdling scream from the unlucky sap. Anything you can do to alter what the players expect to happen (and keep it consistent within this story) will work wonders for your horror game.

You can’t run horror in a loud gaming store or crowded RPG room at a convention. Technically you can run them, but it is unlikely to go as smoothly as the storyteller wishes. That is because background sound and touch are two of the most valuable senses we have when it comes to horror. While the sight of a bugs eye up close, or certain lotus flowers taken out of context cause an instinctual human reaction with a visual cue, there’s a wider range of immersion that comes with sound and touch. Programs like Syrinscape can help with the sound part of immersion by providing creepy dungeon noises, the sounds of people screaming and even the bone-crunching sound of something being devoured.

Touch gets a little tricker. Without props there isn’t much in the way we can do, and not everyone is a special effects designer with a vat of fake liquid blood lying around. Remember that touch doesn’t need to be horrifying or some gross substance players touch. Instead of classic #2 pencils or mechanical ones, give your players quills with ink for the session and have them write down notes to communicate with ghosts as an example. Incorporating Tarot cards into your session for your players to fiddle with goes a long way to creating the perfect ambiance. 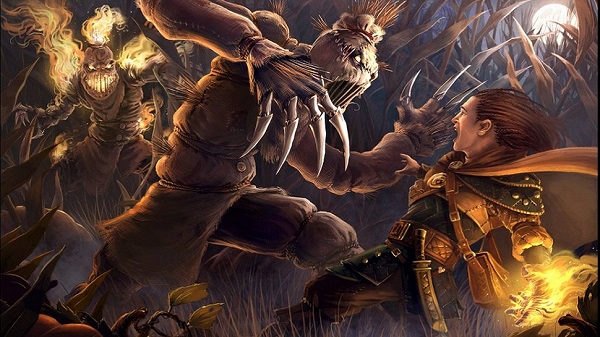 Ever notice that most horror movies follow a non-traditional arc? Slasher flicks interrupt you with jump scares, while creepy ghost stories have notoriously long lead-in arcs. When the characters are finally in the thick of the heart-pumping tension… movie directors will ensure that the scene goes on for longer. A simple chase scene will carry on over multiple sets, and even when you think the chase is over—it may have only just begun. The same tools are applicable for us when running our tables. Dilate your combat rounds to describe the characters’ heartbeats or the sound of their armor crunching leaves as they sneak around the peasant’s house. Another trick is to practice narration while the player is dice rolling or pulling from the Jenga Tower, so you can hit the action beats at the same time they reveal their dice roll.

Altering tempo works to both change the expected and also helps create ambiance through rhythmic story beats. Give these GM Tips a shot when you try your next Diablo D&D session and see if they make any improvement!

What horror RPG’s are your favorites? Let us know in the comments below!

Image Credits: Vampire: The Masquerade and Wizards of the Coast