Truck Off Is the Perfect Game To Play Over Lunch - Nerdist

Truck Off Is the Perfect Game To Play Over Lunch

Everybody loves food trucks. There’s just something about walking up to a mobile restaurant and coming away with a freshly fried creation that’s grasped the hearts and minds of lunchgoers across the country. Anyone that’s been to Gen Con has seen just how crazy the food truck frenzy can get. Adam Rehberg, creator of the Brewin’ USA board game, took these diesel powered diet slayers as inspiration for his newest game design. Truck Off: The Food Truck Frenzy (which funded on Kickstarter and is now available for pre-order) now puts between 2 and 6 players behind the wheel and at the window to see which cuisine reigns supreme during a five-day work week.

The number of players determines the number of venues available during the game. Each venue has a die that determines how many people are hungry during the turn. The bigger the venue, the bigger the die, from the lowly d4 of the local brewery to the potential windfall of the gaming con’s d20. Players secretly choose to which of the venues they send their two trucks. Once the truck locations are revealed, the die is rolled on each location to generate how many customers are at each location. The number is evenly split between the number of trucks at the location, with the remainder going away (likely to order fast food or something). 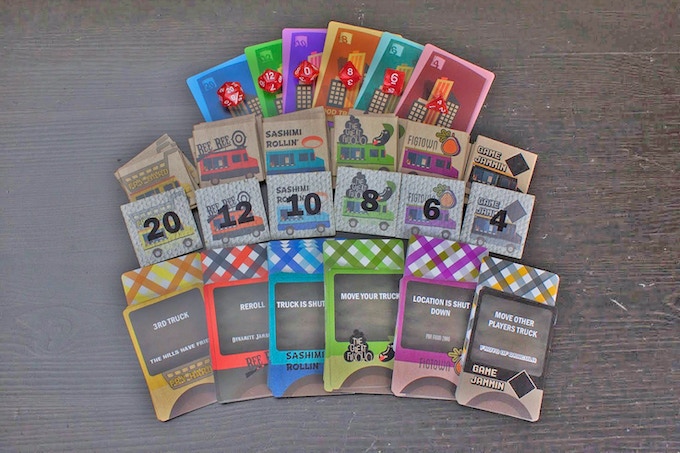 Once the worker placement is done, the food truck drama truly starts. Each player has a limited amount of action cards that can be played during the game. These cards manipulate the locations of the trucks, double the amount of customers for a score and even shut down locations or trucks. Once the cards are used, they are gone for the rest of the game, so players need to choose their timing carefully. The locations are scored after everyone has played the cards they want for the turn and the next turn begins. The food truck magnate with the most points at the end of five turns wins the game.

The game funded in six hours thanks to a variety of backer tiers. The creator offers print-and-play digital options featuring the final artwork as well as retailer options for Friendly Local Game Stores that wish to carry the game. Backers can get one, two or four copies of the game, or even a bundle featuring this game and Brewin’ USA. The most unique backer option is a custom food truck set for use with the game, perfect for someone who loves to cook or, perhaps, even owns an actual food truck. The first few stretch goals have already been announced, which include additional venues, custom cards for each truck and a wooden first player token.

This game is a great choice for a light card game to play before game night starts. It’s also small enough to fit in a con backpack to play while in line for events and, of course, lunch. We don’t know what happens if people play Truck Off while eating food from a food truck, other than we’re gonna call it Truckception, and that sounds cool no matter what happens. 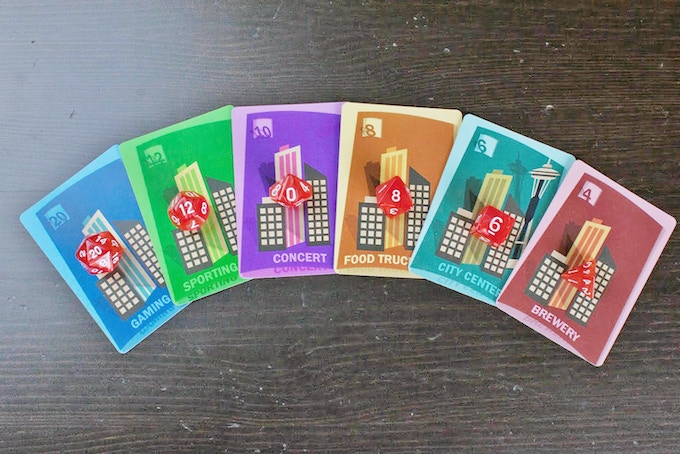 What is your favorite local food truck? Let us know in the comments.