Toys 'R' Us May Return with Much Smaller Stores - Nerdist

Toys ‘R’ Us May Return with Much Smaller Stores

At some point I stopped caring about meeting the mom on How I Met Your Mother. Just like I lost interest in whether or not Ross and Rachel would end up together on Friends. Inevitably, false starts and broken promises become tedious. Which is why, after so many stops and starts since it shut all its stores in 2018, I’m not excited by the latest report that Toys “R” Us is coming back. I’ll only get excited when I actually walk inside one.

The brand acquisition and management firm WHP Global has announced (in new we first heard at Syfy) that it has purchased a “controlling interest in Tru Kids Inc.” That’s the parent company of Toys “R” Us, Babies “R” Us, and Geoffrey the Giraffe. As well as 20 other toy and baby brands. 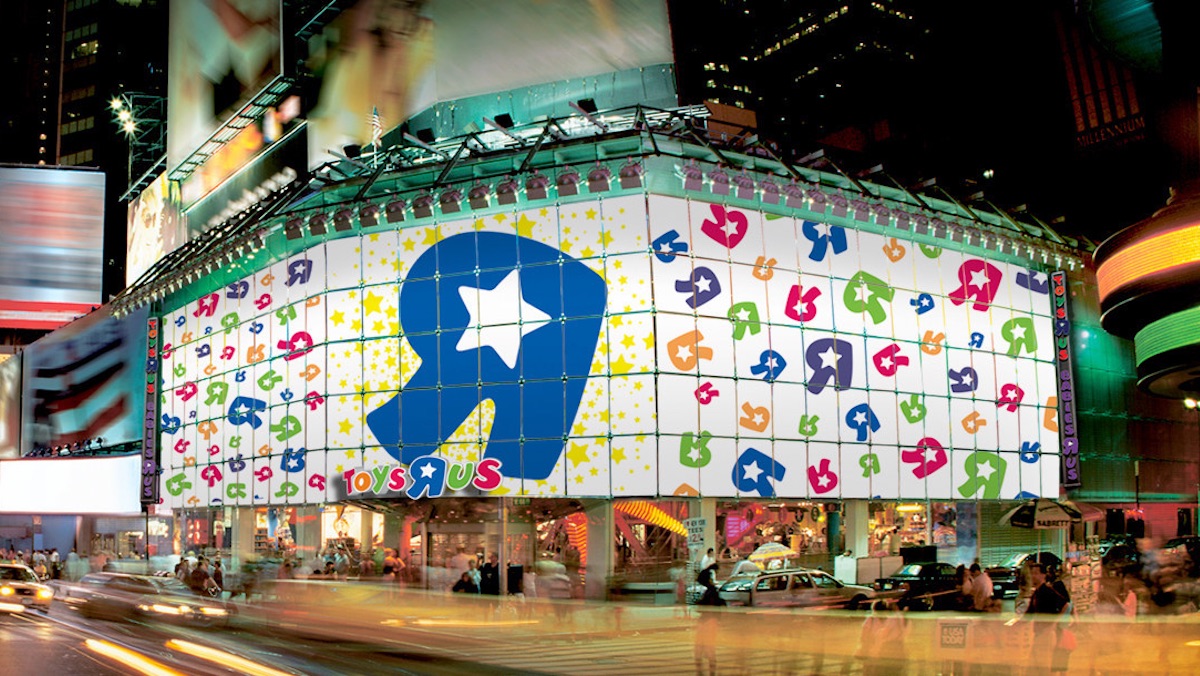 The company cited Toys “R” Us’ and Babies “R” Us’ continued sales in their press release. WHP says that, combined, they generate “$2 billion in global retail sales” every year. That’s through “nearly 900 branded stores and ecommerce sites in over 25 countries” in North America, Europe, Asia, Africa, Australia, and the Middle East. Clearly Toys “R” Us did not disappear in quite the way we imagined. Even if all we ever see of the beloved chain are empty buildings with faded signs.

“Our investment in Toys”R”Us reflects our belief and passion for the brand,” said Yehuda Shmidman, Chairman and CEO at WHP, in a statement. “We are thrilled to be taking the reins of the world’s leading toy brand at a time when the category is up 16% and consumer demand for toys is at an all-time high. This is a natural fit for WHP, as we can leverage our global network and digital platform to help grow Toys”R”Us and Babies”R”Us around the world.”

They’re just the latest to try. In 2018, just months after the chain closed, rumors began that it could return. In 2019 it did, but on a small scale with a “modern” concept. Those pop-up locales weren’t really stores though. And they didn’t last.

Shmidman told CNBC the company hopes to open new locations in North America before the 2021 holiday season. But don’t start making plans to run up and down aisles in a giant building just yet. Those new locations might be flagships” stores. Or they might be “pop-ups, airport locations or mini stores inside other retailers’ shops.” And a kiosk is not a store.

WHP hasn’t determined how many physical locations they will open. The fact they specifically cited ecommerce in their press release also seems telling. It points to a big part of Toys “R” Us’ future taking place online. For some Toys “R” Us kids, this offers at least some hope. Anything is better than nothing. But I’m not going to be excited until I can actually step foot inside one.