100 Toy Race Cars Have a Demolition Derby On a Treadmill

There are lots of things we’ve all done to pass the time during quarantine. That doesn’t mean we’ll ever do them again when things (hopefully) return to normal. Sure, making sourdough was okay when we had nothing else to do. But it’s a time-consuming pain in the a** normally. We’ll stick to buying it from our local bakery in the future. However, there are some hobbies that should stick in a post-COVID world. Like the delightful way one Canadian dad and his kids have managed to inject some excitement into pandemic life. They’ve been hosting their own little demolition derbies using toy cars.

And while you might not think you’ll care who wins, we promise by the end of the race you’ll be revved up about the outcome.

Real estate agent Steve Wilkins, along with his sons Tyler and Dylan, have been hosting their very miniature own races at home. (Which we first learned about at Laughing Squid.) That has included pitting official Hot Wheels cars against a wide variety of other replica automobiles. From NASCAR cars to trucks, vans, sedans, SUVs, and even ducks and hamburgers, it’s a fight to the finish to be the last car standing.

The family’s two biggest races have featured 100 cars. As you can imagine, the initial result is total and utter chaos. Most of the racers immediately succumb to the treadmill, as they crash into one another before careening off the back. 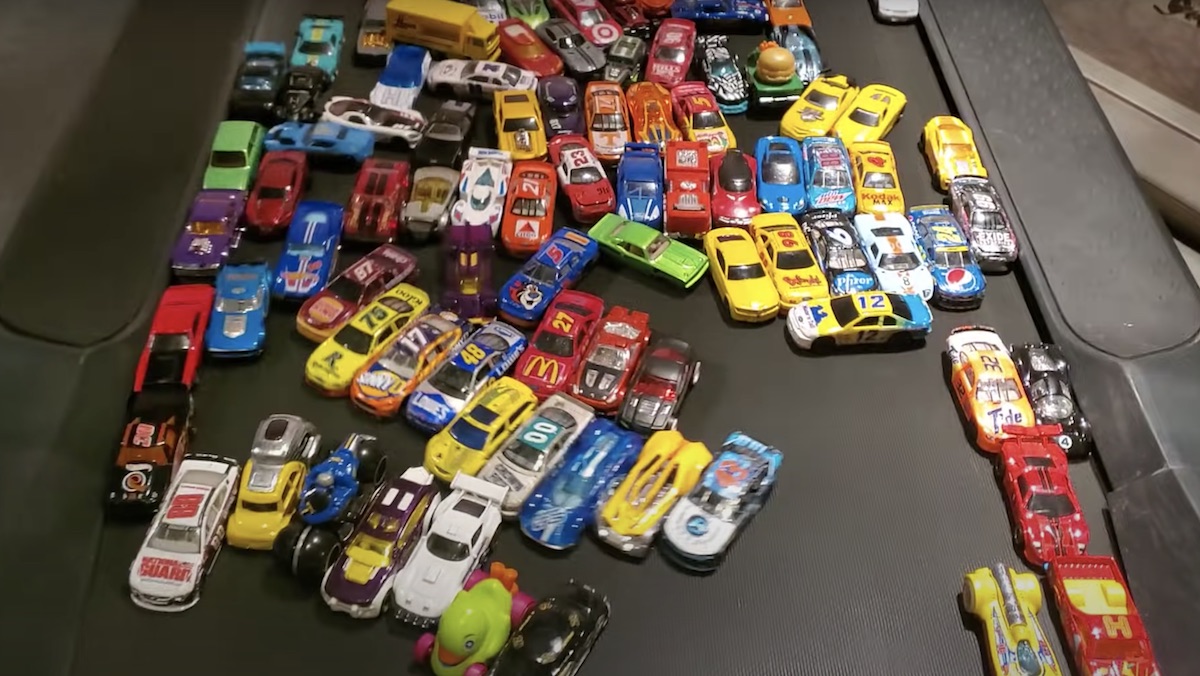 The race really gets exciting though when just a few cars remain. Especially since Wilkins contributes to the intensity by calling the play-by-play of the race. Sure, these are just little pieces of metal with wheels. And yes, the outcome is determined by physics. But it doesn’t feel that way as you’re watching.

It’s as though a tiny racer in each car is holding on for dear life. Or trying to run their opponents off the track. You will care who wins. And you will care way more than you should.

These videos are a delightful mess. Make sure to watch all of them at Wilkins’ YouTube Page. Hopefully he keeps making more. Because even when we can safely go out, we’ll still find the time to watch these races.