The world has plenty of problems right now. But fortunately, fighting aliens is not one of them. Not yet, at least. But Chris Pratt will have to in Amazon’s upcoming original sci-fi action thriller The Tomorrow War. He’ll travel to the future to try and save his family—and all of mankind—from total annihilation.

“In The Tomorrow War, the world is stunned when a group of time travelers arrive from the year 2051 to deliver an urgent message: Thirty years in the future mankind is losing a global war against a deadly alien species. The only hope for survival is for soldiers and civilians from the present to be transported to the future and join the fight. Among those recruited is high school teacher and family man Dan Forester (Chris Pratt). Determined to save the world for his young daughter, Dan teams up with a brilliant scientist (Yvonne Strahovski) and his estranged father (J.K. Simmons) in a desperate quest to rewrite the fate of the planet.”

Oh man. This all happens in the year 2051? Wow. Oh, not because that seems soon. With all of the UFO sightings the government keeps telling us about, that sounds like a best case scenario. Well, minus the gruesome aliens killing every person on Earth. We’re hoping things aren’t that extreme. We hope, at worst, they’ll just keep us in a nice zoo. 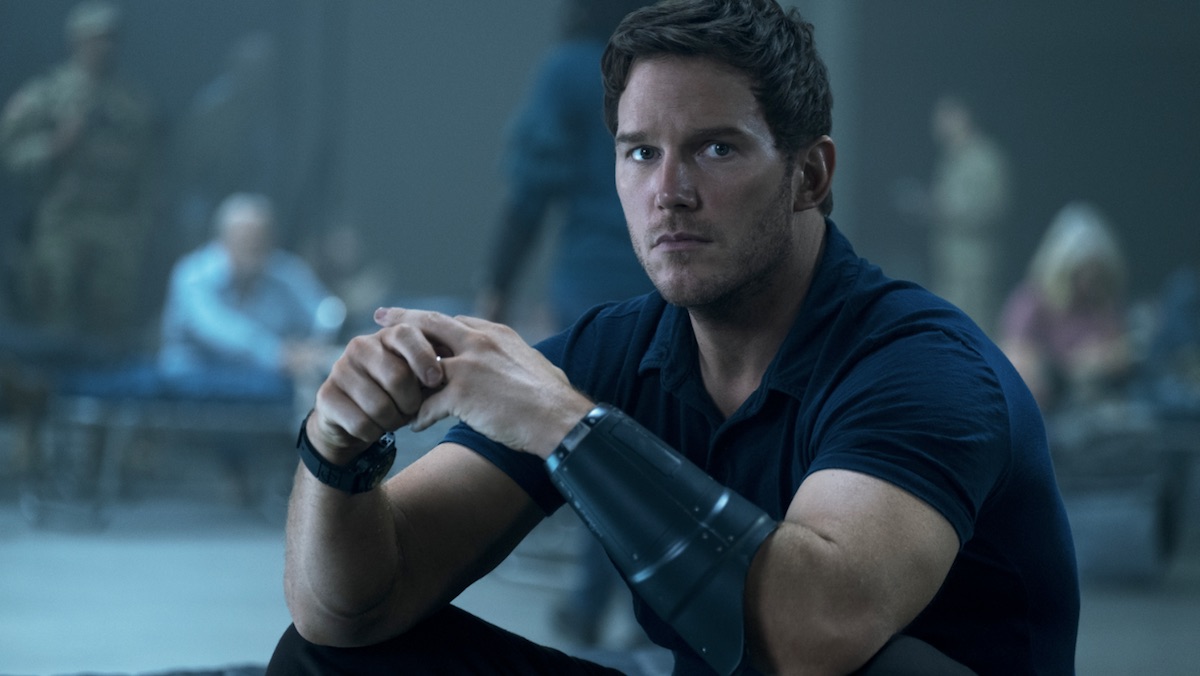 Nice to see, even in the future, that Chris Pratt is contractually obligated to remove his shirt at some point. At least some things will stay the same.