Did you know there are certain perks to being a celebrity? No, really, it’s true. For example, if we wanted Spider-Man to show up at our kid’s party we’d have to hire some guy in a cheap costume. Meanwhile famous people can get the real Peter Parker to entertain their children. Well, maybe not all the time. But they can right now during social distancing. That’s what Jimmy Kimmel was able to pull off. He had a surprise for his Spider-Man loving son’s third birthday—a special virtual visit from Tom Holland in character as Peter Parker.

The Avengers star was a guest on the latest quarantine edition of Jimmy Kimmel Live. Holland joined from his apartment in England, where his three roommates served as his very own live-audience. The Onward actor revealed what he’s been doing to pass the time during lockdown, which includes doing weekly virtual pub quizzes with other MCU members. Holland also said that he recently chatted with Robert Downey Jr. while Iron Man was taking a bath. So now that image lives in our brains.

But the best perk of being a superhero is that other masked vigilantes send you booze. Lots of it. Holland, who admitted he’s ben drinking a lot during quarantine, revealed that Deadpool himself, Ryan Reynolds, sent him a case of his Aviation Gin.

But the highlight of the interview came at the end. It was young Billy Kimmel’s third birthday, and before pandemic-induced distancing measures were put in place, the late night host had promised his son Spider-Man would show up at his party. Instead, the Spidey-loving tyke got something even better. Tom Holland, in both character and costume as Peter Parker, wished Billy a happy birthday and sang to him. It was a genuinely sweet moment. 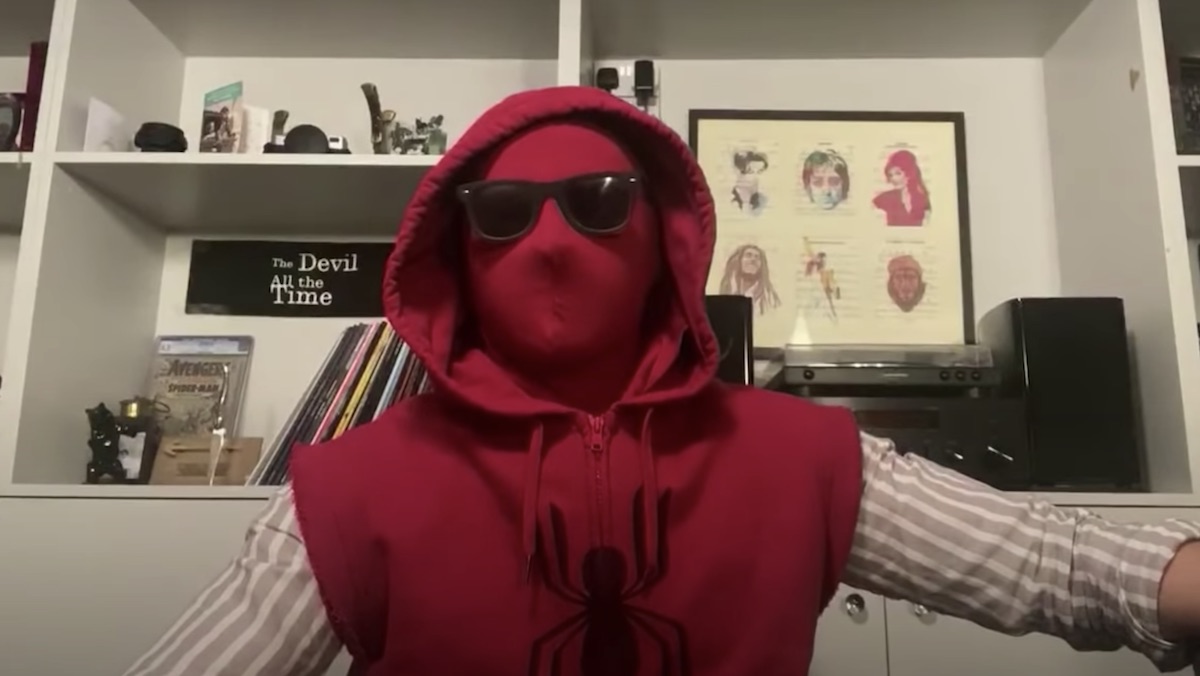 It must be nice being a celebrity. But it must be especially good when you can use your fame to do something nice for your kids. And we would never begrudge anyone doing that.

We still wish Ryan Reynolds would send us gin though. We need it more than an Avenger.