It’s hard to think of a time before Tom Holland’s Spider-Man. Like, sure, we had Tobey Maguire as the web-slinging superhero in Sam Raimi’s trilogy. And then we had Andrew Garfield in—well, it’s better to forget. But there’s something about Tom Holland. He nails the teenage whipper snapper aspect of Peter Parker along with the balletic athleticism of Spider-Man. Simply put, he’s perfect for the role.

That’s why we love to see where it all began: In the audition process. The YouTube account Tv Guy made that easy with this video from the Captain America: Civil War special features that shows just how well-suited Holland was for the role from the get go. Heck, even Robert Downey, Jr. knew there was something special about this kid.

And Iron Man would know.

The fun video shows off Holland’s many talents. From his natural acerbic wit to his gymnastics training (he can do a standing backflip like it’s no big deal!), it’s clear from these non-fussy audition tapes—likely filmed in his house—that Holland was always meant to be Spider-Man.

It’s also easy to forget the kid is British! His accent is so seamless, you’d never guess it was a foreigner taking on the role of one of the most American superheroes there is. His talent goes far beyond one facet and extends into naturalism and voice control. 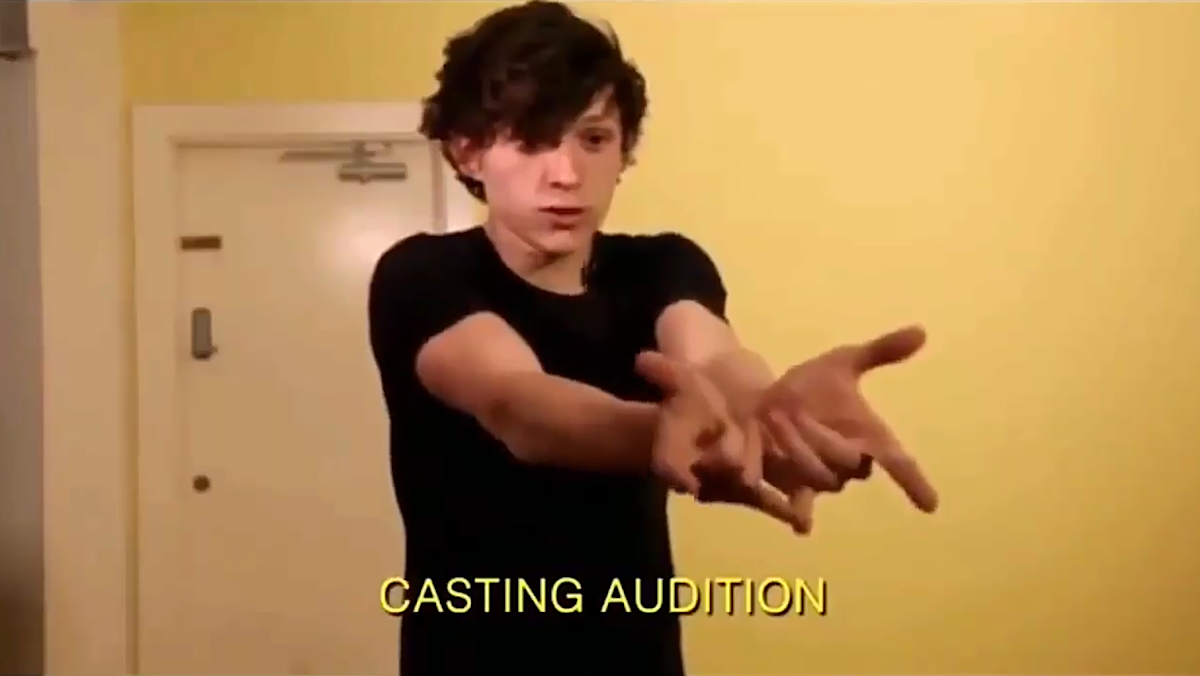 Civil War was the start of a beautiful relationship between Tom Holland’s Spider-Man and our eyeballs. Now, five movies later, it feels like he’s family. And that’s what we want from our superheroes, after all. For them to feel not only like protectors of the universe, but like people we’d genuinely want to know in real life. Tom Holland nails that aspect. We’re so lucky we got his Spider-Man.