Jonathan Larson will forever be foremost associated with Rent, one of the defining pieces of musical theater of its time. But before his modern-day reimagining of La Boheme, Larson penned another production about being a struggling artist in a rapidly changing New York City. Five years after his sudden death on the eve of Rent’s unveiling, Broadway welcomed Larson’s first composition: tick, tick…BOOM! And two decades on, the story finds new form on film.

As we see in the first trailer, what was once a loose autobiography has become a story explicitly about Larson himself. Andrew Garfield plays this version of the playwright, with Vanessa Hudgens, Judith Light, Bradley Whitford, Alexandra Shipp, and Robin de Jesús filling out the cast. This is already a marked difference from the stage production, which originally featured only three actors total; one played “Jon,” and the other two hosted a bevy of characters, including a version of Steven Sondheim (whom Whitford embodies in the film). 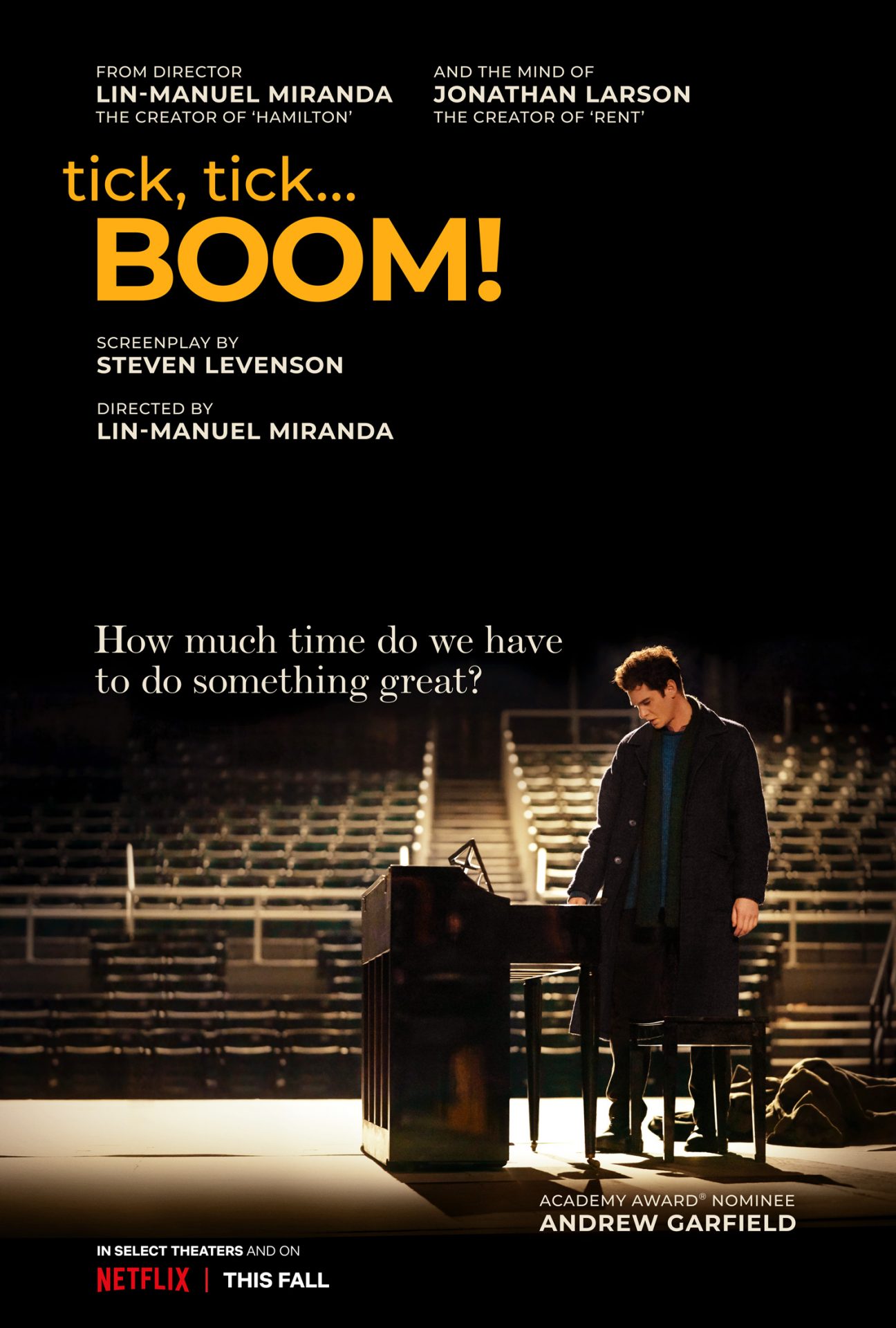 The film, which will find life on Netflix, marks the feature directorial debut of musical theater maven Lin-Manuel Miranda. Steven Levenson, the mind behind Dear Evan Hanson, is responsible for the screenplay.

Pulitzer Prize and Tony Award winner Lin-Manuel Miranda makes his feature directorial debut with tick, tick…BOOM!, an adaptation of the autobiographical musical by Jonathan Larson, who revolutionized theater as the creator of Rent.  The film follows Jon (Academy Award nominee and Tony Award winner Andrew Garfield), a young theater composer who’s waiting tables at a New York City diner in 1990 while writing what he hopes will be the next great American musical. Days before he’s due to showcase his work in a make-or-break performance, Jon is feeling the pressure from everywhere: from his girlfriend Susan, who dreams of an artistic life beyond New York City; from his friend Michael, who has moved on from his dream to a life of financial security; amidst an artistic community being ravaged by the AIDS epidemic. With the clock ticking, Jon is at a crossroads and faces the question everyone must reckon with: What are we meant to do with the time we have?

tick, tick…BOOM! will hit the streaming site some time in the fall of 2021.