Three Great Games You Can Expand Again and Again - Nerdist

Three Great Games You Can Expand Again and Again

One of the best things about board games is that you can play them repeatedly. That replay value is huge and differentiates it from other forms of entertainment like watching a movie or reading a book. But even the best games can wear a little thin after a few dozen plays. Their secrets become completely mined, and that’s where expansions come in.

Expansions can reinvigorate your favorite game, bring whole new challenges or strategy, add additional players, or broaden the system in unexpected ways. It’s no surprise that some of the most enduring games, then, have received more than their fair share.  Here are three great titles that you can repeatedly expand. 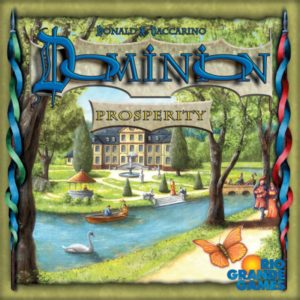 No question about it, Dominion is the grandfather of deck building games. Sure, that mechanism was present in a few titles previously, but Dominion ran with it entirely and spawned a whole new genre. Still, if you play enough of it, you see that same Village strategy repeatedly, or a race to grab the Witches and dish out the Curses. But Dominion has a ton of expansions that really increase what is possible.

In Prosperity, Dominion goes big. The cards have grander, more massive abilities – but also a much higher price tag. To compensate, the expansion also adds Platinum treasure worth five coins and Colonies worth 10 VP. Sometimes the player buying Provinces is outmatched by the Colony lord.

In Intrigue, you get enough components to field a five or six player game (though the downtime is also increased). But more importantly, it adds cards that are multiple flavors. You get cards that are both coins and VP, or coins and actions. That versatility is a great asset to Dominion and gives players the flexibility needed to react to unexpected maneuvering from your opponents.

Seaside introduces the concept of delayed gratification. The new orange cards are played on your turn, but instead of going to your discard, they stay out for a round. Typically, they do something on the following turn. In some cases, this can really help you build up to a big turn, or it may even falsely signal your intentions toward the other players. 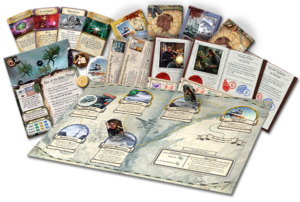 Eldritch Horror is the revised reimagination of Arkham Horror. No longer confined to the streets of a New England town, the Ancient Ones’ presence is felt all over the world. Best of all, each Ancient One comes with its own unique deck of clues that provides a unique flavor to the game.

The first expansion, Forsaken Lore, is borderline necessary if you intend to play this game more than, say, twice. After a session or two, you’re likely to see repeated location cards and Ancient One mysteries. But with the expansion, tons of new content is added to the game to really flesh it out and avoid much in the way of repetition.

In Mountains of Madness, the players are confronted with the Star Children and Wendigo – each providing unique challenges – as well as a new board to explore. Unlike its predecessor, it tries to avoid bogging the base game down in expansion content by only using the side board when a particular Ancient One or Prelude is used. It also introduces the new Focus action which is a great boon when you have an extra action that would otherwise go unused.

The second big-box expansion, Under the Pyramids, carries on elements from Mountains of Madness – including new Ancient Ones and a new sideboard to explore. And the narrative of the game is really enhanced. Nephron-Ka has you collecting all sorts of Egyptian Artifacts all while drawing you closer to the Bent Pyramid. It creates a new feeling of intensity and even doom. 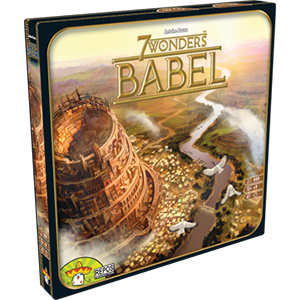 7 Wonders brilliantly utilizes card drafting to create a civilization-building experience that up to seven people can play in about forty minutes. That’s a huge accomplishment, right there.  But the simple, powerful concept has received the expansion treatment several times and you can get a much more involved game using the same system.

Leaders provides direction to 7 Wonders. Sometimes, you look at that first hand or two and just grab whatever seems to fall into your lap. Maybe it’s good, maybe not. But you won’t really know until your strategy starts to coalesce around the end of the first age. But Leaders allows for a pre-draft. Which means you’ll know those cards in advance and can start drafting toward that strategy from the very first hand.

Cities expands the hand size by a card and also provides powerful new cards – generally more powerful than the regular cards of a certain age. But it also creates new tricks. For instance, they might exempt you from combat for a round, forcing your neighbors to fight. Or it might allow you to copy science symbols or upgrade chains from neighbors. It makes paying attention to your neighbor all that much more important.

But if you really want to increase interaction, then you have to go with Babel. This is really like two mini-expansions in one. On the one hand, there is a “Great Work” that the players must try to complete each age. If completed, the contributing players get a bonus. If not completed, the non-contributing players get a penalty. Separately, there is a draft of “Laws” which impact the game. Players can play them to a special board and introduce new rules that impact everyone. Babel makes 7 Wonders far more interactive and you end up being able to affect players on the opposite side of the table.

Do you enjoy expanding games?  Tell us about your most expanded titles in the comments.