Here are some other great expansions that allow you to play the game without buying what came before. 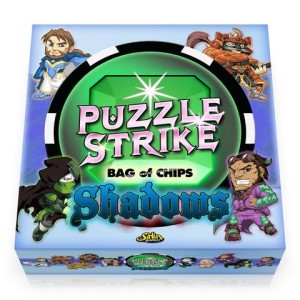 Puzzle Strike is a fine deck builder, and probably the best on the market for a two-player experience. Cards are replaced with chips and instead of shuffling, you put them in a bag and draw them out randomly. You also start the game with a unique character who has three special chips. From there, you try to fling gems at your opponent until they have too many and lose.

The game rewards clever play as well as careful management of your bag of chips. And then came the main expansion, Puzzle Strike: Shadows. Shadows provides an entirely new cast of unique characters. And, aside from the currency and gem chips, it provides all new chips that can be bought and added to your game.

The Shadows chips have a ton of variety. But they tend to be slightly more involved or reach a truly amazing potential when combined with other specific chips. But the expansion is truly stand-alone. You can buy Shadows without ever having played Puzzle Strike and jump right in to the full experience. 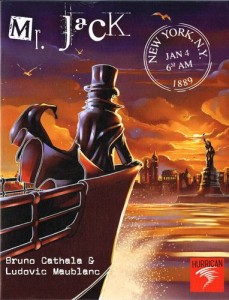 Mr. Jack is a two-player deduction game. One player takes on the role of Jack and the other the Detective. Eight characters remain on the board and one is secretly selected to be Jack. Each round, four of the characters get to move and use their special power. The Detective moves two and Jack moves two. The characters then either end up in light or darkness. Jack says whether the Jack character is in the light or dark, and based on that, the Detective narrows who it could be. The Detective wins when he finds Jack.  Jack wins if he escapes or if time runs out.

Mr. Jack is an amazing two-player experience that keeps both players engaged and constantly thinking ahead. You have to be aware of how the characters can move and how each side can manipulate who is in the light and who in the dark. The detective wants an even split so he can eliminate as many characters as possible. While Jack wants them all one way or the other.

Then came Mr. Jack in New York. The map of London is replaced by New York. The configuration is different, allowing for new gambits. In addition, you get eight new suspects, so you have everything you need to play the game right out of the gate. Plus, most of the characters are fully compatible between sets, allowing you to mix and match for new and interesting combinations. 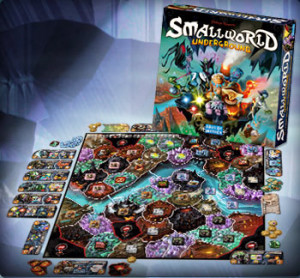 Small World is a wonderful dudes-on-a-map style game about conquering and holding territory. The beautiful thing is that it has a fixed time limit and no player elimination. In fact, if your army gets obliterated, you simply put your race into decline and start a new race. And the races are things like Giants, Dwarves, and Skeletons which also combine with a random attribute for extra bonus powers.

The combat is easy because it doesn’t (usually) rely on dice. Instead, if you commit enough of your forces, you will win. So it becomes about whether the commitment is worth it, or if your forces are better spent elsewhere. This is the closest thing to a family war game out there.

And then came Small World: Underground. Whole new races and attributes, as well as new underground maps. The new races have unique abilities, for the most part, and the attributes are all new. And you can even introduce tunnels to create a map that has both underground and above ground elements. But you don’t need to. You can experience the full Small World experience in the Underground.

What are your favorite stand-alone expansions? Tell us about them in the comments.

Everything We Know About Disney+’s PERCY JACKSON Serie...