Three Blinged-Out Boardgames that Take “Deluxe” to the Next Level

There’s a whole world out there for upgrading board game pieces. Maybe you get the animeeples for Agricola or the D&D guys to replace the colored cubes in Lords of Waterdeep. And publishers have taken notice that there’s a market for Edit Edit date and timegames with upgraded pieces. Here are three games that took it to the next level with their deluxe treatment.

War of the Ring: Collector’s Edition 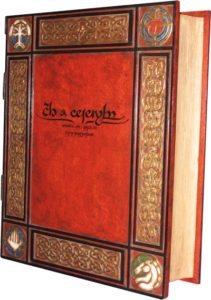 No list of epic quality games would be complete without the Collector’s Edition of War of the Ring. Time and attention was paid to every single aspect of the title. The board is much larger, giving you a lot more room to stack units. The regions are written in Elvish – giving you a chance to brush up on your language skills. And even the hundred or so figures all come prepainted.

Even the box is amazing. Rather than a cardboard container, it’s a hinged wooden box decorated to look like a large tome from Middle-Earth. Inside, you’ll find foam that holds all of the units so that they stay pristine.

The Collector’s Edition was a limited print-run that has been unavailable through traditional means for some time. If you want to get your hands on this one, you’ll be looking to spend a pretty penny. Current eBay pricing: $2,000 to $2,500. 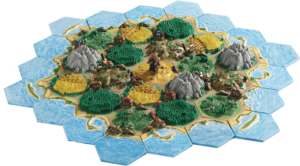 Catan was first published in 1995 and it helped to usher in the modern age of board gaming. In particular, it was among the first (perhaps the first) euro game to find significant success in the States. To celebrate its 10th anniversary, the publisher released Catan 3D – special glasses not required.

It’s the same Catan you know and love. But the hexes are no longer flat pieces of cardboard with pictures on them for terrain. Now, that terrain is represented in three dimensions. You might see some rolling hills for sheep to graze or craggy mountains from which to gain ore. It’s larger than the typical game and a sight to behold on your table. It really gives the sense of settling an untamed island.

Catan 3D was produced for the 10th anniversary of Catan and limited to 5,000 copies. We’re passed the 20th now. So this is another one that can be difficult to acquire. Not currently on eBay, but there’s an Amazon listing for the low price of $1,499. 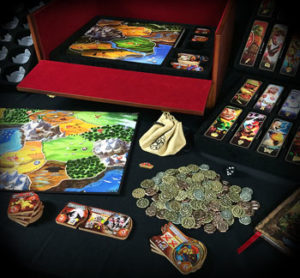 Produced as part of a Kickstarter some time back, Days of Wonder created the Designer’s Edition of Small World. The upgrades are phenomenal. For one, you no longer have cardboard tokens for the races nestled in a vaccum tray. Instead, each race is represented by thicker wooden blocks. Plus, they each come in their own container which makes it much easier to handle.

But wooden tokens aren’t the only upgrade. Almost every cardboard token has been replaced by a miniature of some kind. Mountains, troll camps, bivouacs. It’s all there. And, not just haphazardly tossed in baggies, either. Like War of the Ring, Small World contains special foam containers that keep everything in place. And, like the others on this list, the box is a hinged wooden container specially designed to hold it all and look handsome on the shelf.

While Kickstarter backers were able to get this title for a mere $300, and then it was sold briefly for $475, it is no longer in production and the price has gone up accordingly. Current eBay pricing: $2,500.

Have you played any super deluxe board games?  Tell us about it in the comments.

Everything We Know About THE BOYS Season 3

TAGGED: war of the ring, Board Games, Catan, Small World