Goldilocks had her three bears and I have mine. If you have a penchant for adorable bears and a mobile device crying out to be filled with fun games, these three unbearably (excuse my puns) addictive games should keep you amused for hours. Some are relatively new and some are classics, but they are all tons of fun! 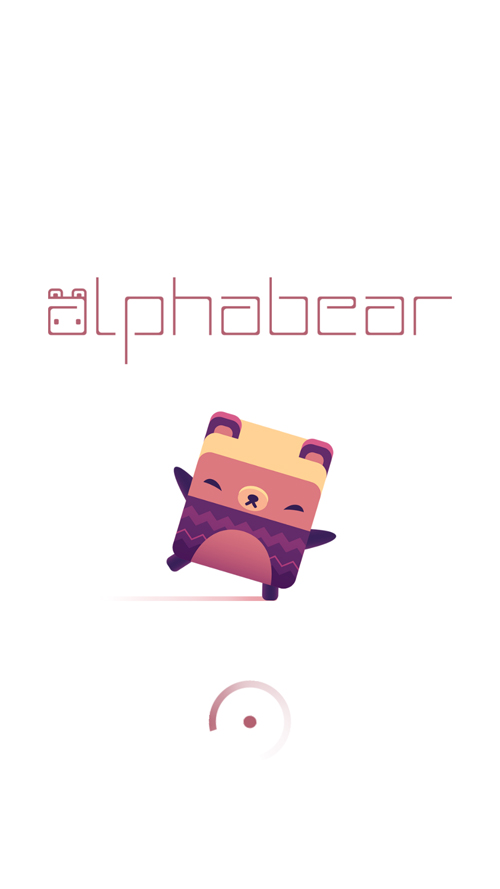 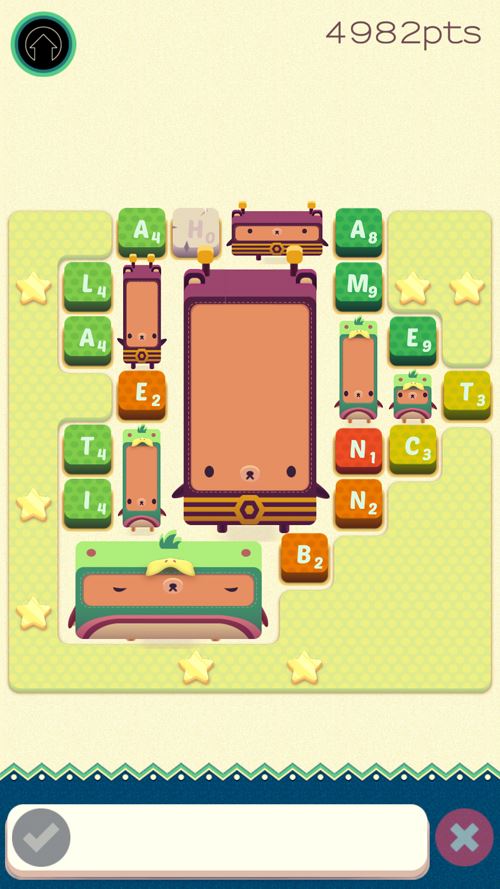 Would you like some bears in silly costumes, playing Scrabble? Then Alphabear, by Spry Fox, LLC is for you! It’s a super kawaii puzzle game that challenges players to form words from a grid of letters. Each letter used feeds a nearby bear which grows in size, sometimes to epic proportions. You earn points based on your bears girth, so spell him a smorgasbord! Just beware: each letter has a countdown and when it reaches 0 it will turn into a rock thus depriving your bear of precious letter nutrients and yourself of points. You can collect tons of new bears with special powers and outfits such as the Werebear, which makes W’s last longer. 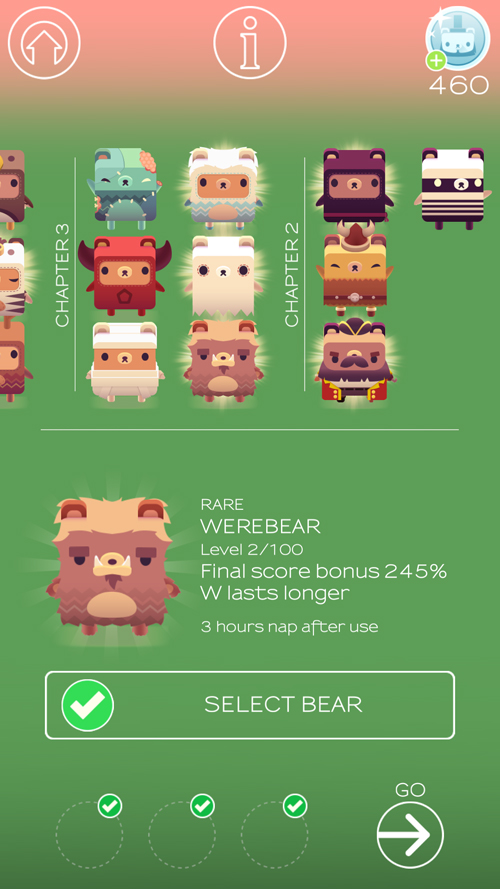 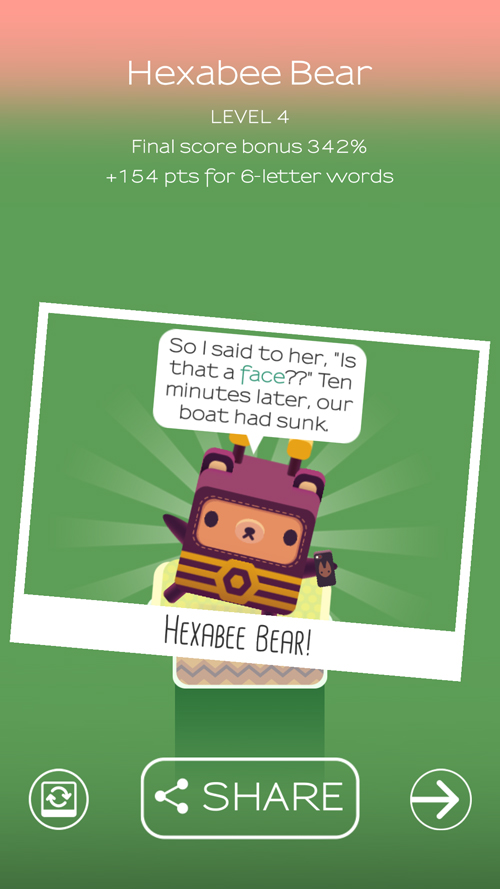 As an additional bonus When you complete a level your bear will take a selfie and proclaim something Mad Libs style using some of the words you created. Each day is a new challenge and there are different themed chapters to keep it always feeling fresh. The game challenges your vocabulary and is super addictive. 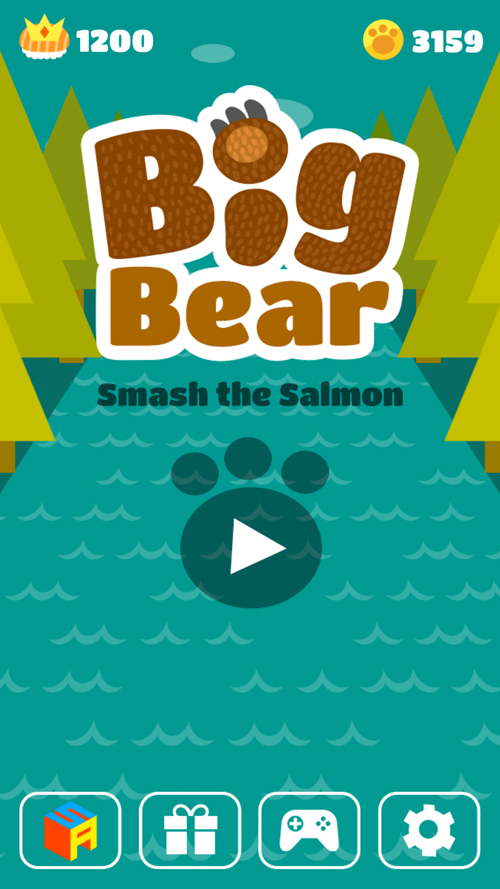 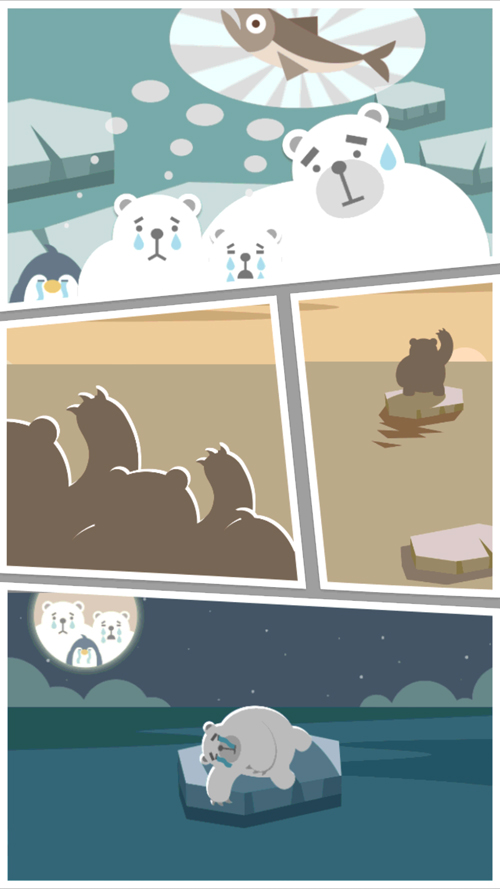 As Big Bear, it is your job to go in search of fish for your hungry bear family and your beloved pet penguin. After floating on a small ice floe you come across the promised land of fish, but it is not unguarded. Other bears will take issue with you fishing in their rivers. Fight off bears, collect fish, and save your family! 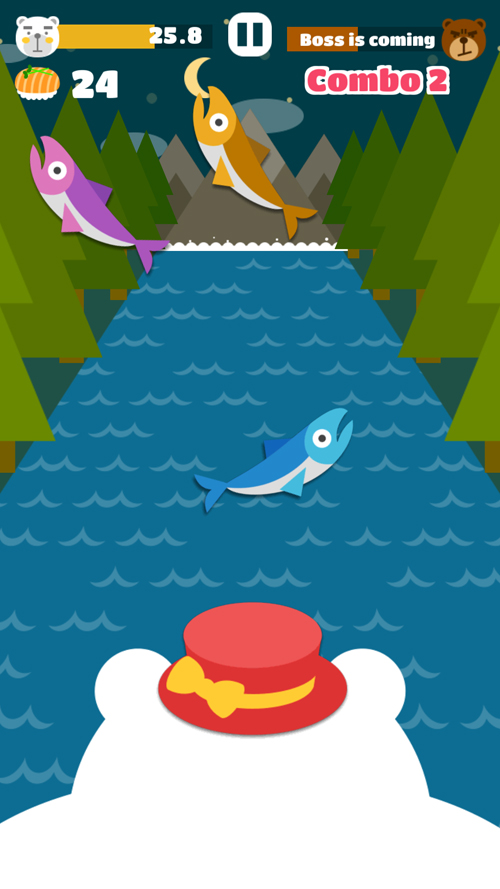 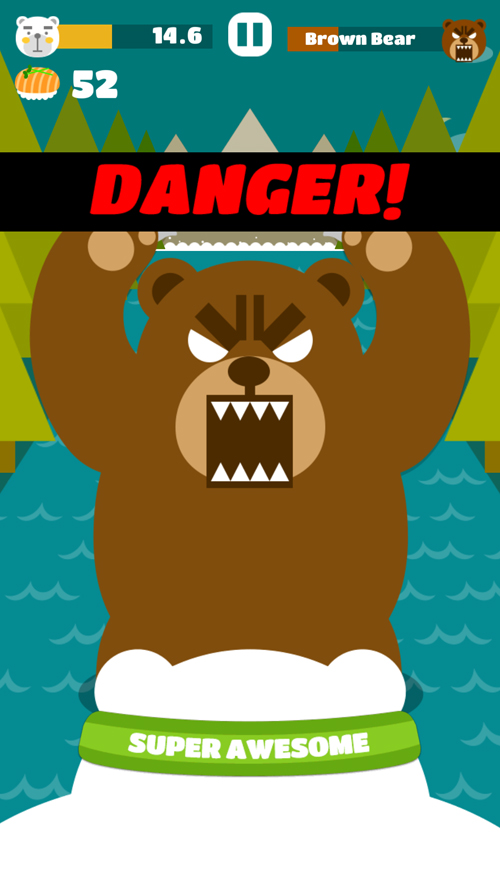 This game, from Super Awesome Inc., plays like a classic slashing game. Fish will jump out of the river and you must swipe at them before they fall. As you collect fish, you will advance closer to the Boss Bears. These massive bruisers want to take you down, so you’ll need to quickly hit spots in order or swipe right or left to dodge the bear’s attack. Then you can go on the offensive; slapping the heck out of your opponent.

There is something very satisfying about these bear fights. I find them more fun than the actual fish collecting part of the game. I also like that you can collect a huge variety of hats that give your bear powers. So far I really like the headband that reads “Super Awesome”. The power isn’t all that awesome (it protects you from poisoned bottles), but it makes me feel like a bear fighting champion. Big Bear is a nice, quick game with plenty of collectibles to make you want to keep fishing. 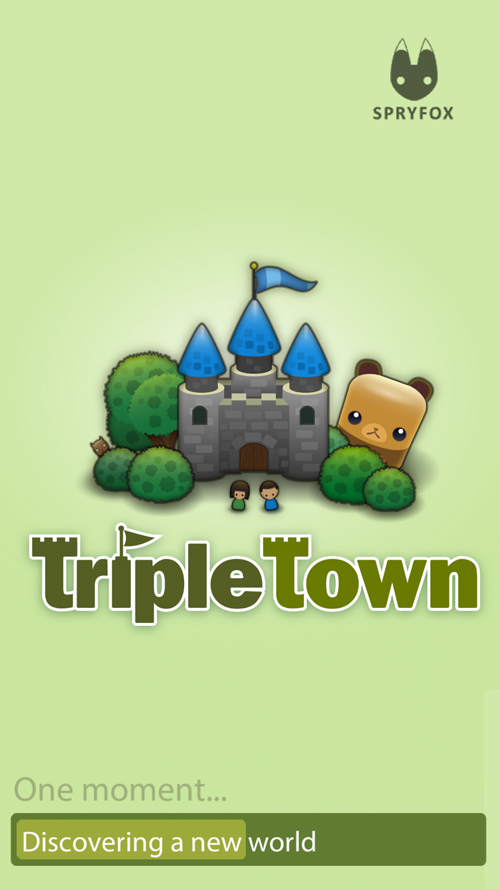 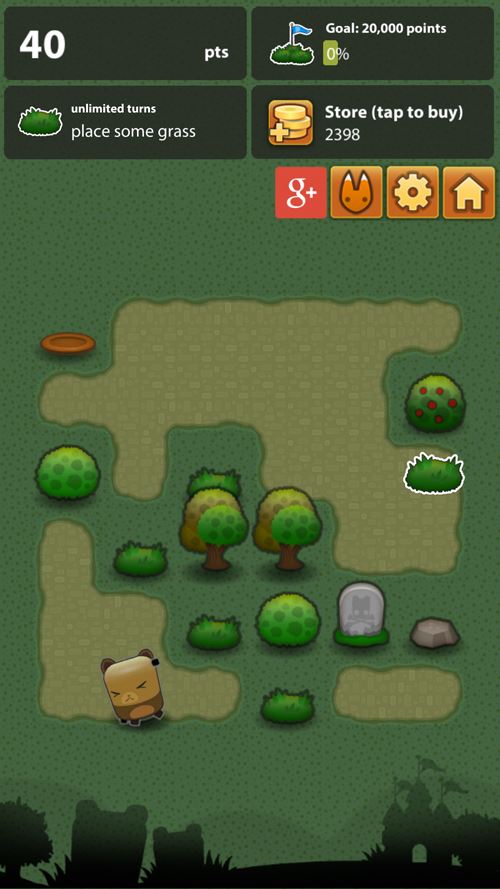 Another Spry Fox game, Triple Town is an oldie but a goodie. The goal of the game is to create a town of ever increasing importance by placing similar objects together. For example if you put three bushes next to each other, they will merge together, like some kind of shrubbery Voltron team, to form a tree. Three trees will make a house, three houses make a bigger house, and so on. You get a random item to place each time and occasionally you will get an angry bear. 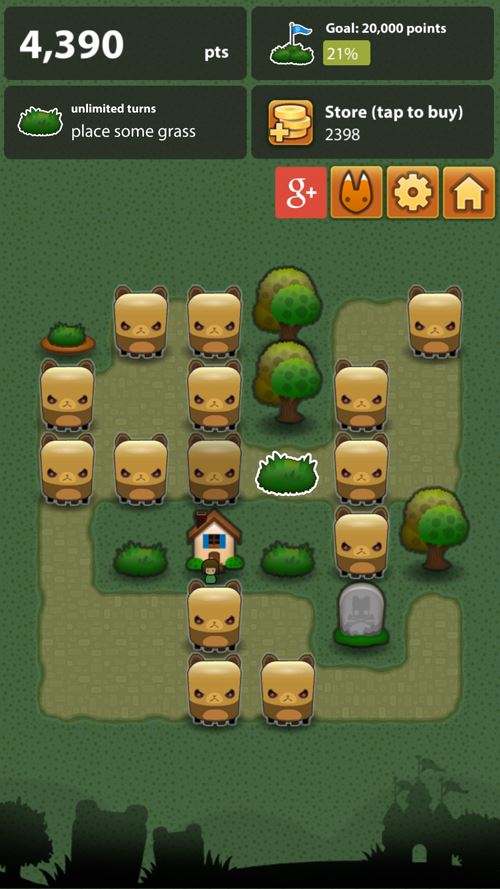 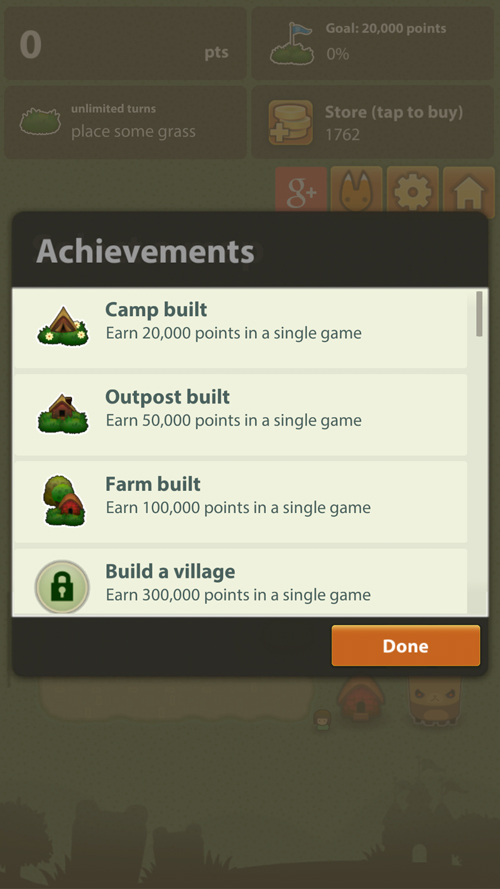 The bears run around with adorably grumpy expressions, terrorizing your citizens, and generally getting in your way. As mayor of Triple Town, you can take care of them the same way you take care of everything else: Block them into a space and they will turn into grave stones. Block three in at once and they will form a church. Churches lead to gold, which can be used to buy items, so killing those bears off is good business. I can put this game down for weeks or even months and then suddenly get a craving to play. With its addictive style and the tons of achievements to unlock, Triple Town is super fun and always has a place on my phone.

Well there you have it. You can download these three games free for iOS or Android. Each one has their own in game purchases such as unlimited time and power-ups and all three are super packed full of beary goodness!