Why Grand Admiral Thrawn is the Jon Snow of STAR WARS

Grand Admiral Thrawn is the Jon Snow of Star Wars…just with fewer stab wounds and a less glorious mane of hair. One look at Thrawn and Jon Snow and you might not think they’d have much in common beyond both being people who go by assumed names (i.e. Mitth’raw’nuruodo for Thrawn, Aegon Targaryen for Jon Snow), but they actually do share quite a bit in common.

Like Jon Snow, Thrawn understands that the wars that consume the galaxy aren’t its biggest threat; rather, a mysterious danger lurking in the Unknown Regions–like the White Walkers beyond the Wall in Westeros–is the true enemy that must be defeated. Thrawn’s people, the Chiss Ascendancy, sent him on a mission to forge an alliance with the Empire because it believed Emperor Palpatine and his merciless minions provided a certain degree of stability in a mostly chaotic and lawless galaxy. While they were not without problems of their own, the Galactic Empire was the best chance to repel whatever had the Chiss so concerned in the first place. Just as Jon Snow and the Night’s Watch try to recruit whomever they can to help battle the ice zombies lurking beyond the Wall, Thrawn cultivates elite specialists and agents who he can funnel back to the Chiss in order to prepare for a fight with whatever is lurking out there. Case in point, Thrawn sent Eli Vanto, his capable right-hand man who rose with him through the ranks of the Imperial Navy, back to the Chiss to serve as the Empire’s attache to the Chiss Ascendancy. He also attempted to recruit the Rebel genius Nightswan, who he had spent much of his time hunting down, back to the Chiss too, but Nightswan refused Thrawn’s offer and wound up getting exploded. It could be worse though–Thrawn could have been betrayed by a scowling 12-year-old that he thought was on his side the whole time but really turned out to be a snotty little turncoat. 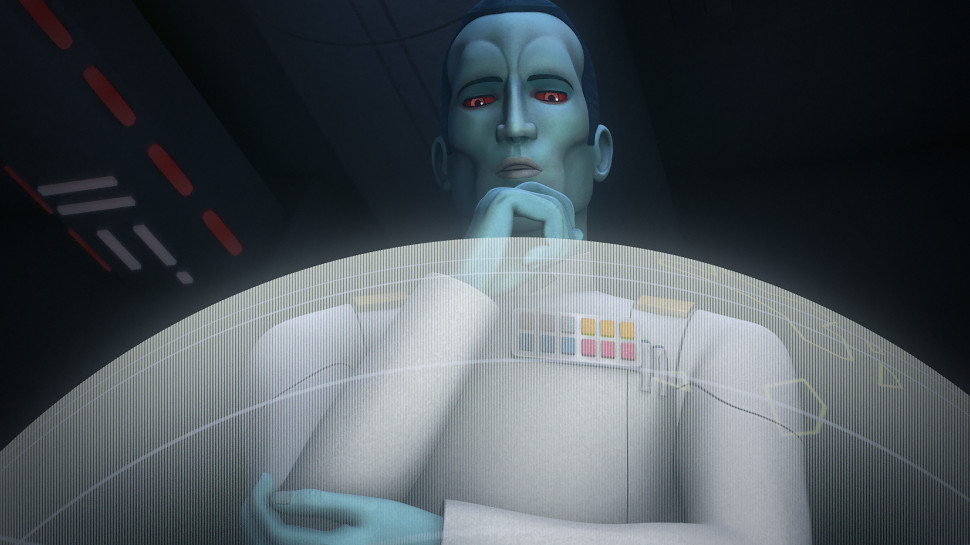 So while Grand Admiral Thrawn may not have dreamy good looks and a potentially really awkward conversation coming up with his aunt, he is the Jon Snow of Star Wars because he is leading the charge in preparing for a far bigger conflict that the one at hand, which in Thrawn’s case is a Galactic Civil War. But what exactly is that larger threat? Emperor Palpatine was at least aware of its existence, which led him to pursue a diplomatic relationship with the Chiss through Thrawn. Whatever is lurking out there in the Unknown Regions of space is horrifying enough to motivate the most powerful man in the universe to join up with the Chiss. So what could it be? Well, it could be just about anything, but here are two of our favorite theories so far. In the Star Wars Expanded Universe–now the stuff of Legends–the Vong were an extragalactic warrior race that grew living weapons, were invisible to the Force, and were absolutely lethal. They even killed Chewbacca by dropping a moon on him. They come from beyond the known realm, they cannot be reasoned with, and they’re super into murder. In other words, they’re seriously bad news and could give Thrawn and his allies serious cause for concern. In fact, the Vong might even have more in common with the White Walkers than Thrawn does with Jon Snow. 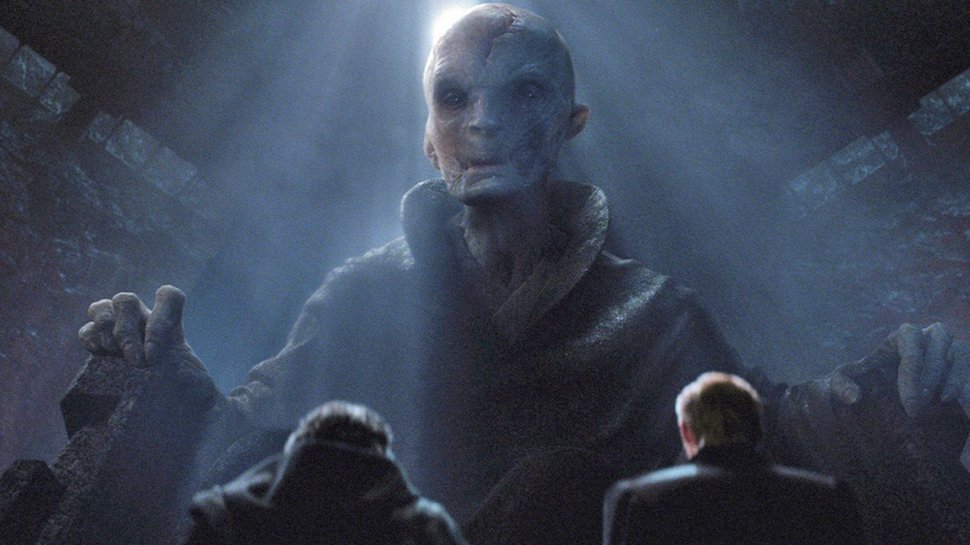 Now this is a wild card theory considering Supreme Leader Snoke is half the man he used to be, but bear with us. Someone as powerful in the Force as Snoke had to at least be on Darth Sidious’ radar, even if it was a good three decades before we see Snoke in The Force Awakens and The Last Jedi. Someone amassing power and resources like Snoke while the Galactic Empire has its hands full with those pesky Rebels is exactly the sort of opportunistic, lurking threat that would require anticipatory action on behalf of those in power. While it seems unlikely, something tells us that there’s much more to Snoke than what we’ve seen thus far in the sequel trilogy.

But what do you think? What is the real threat lurking out there in the Unknown Regions that Thrawn Snow is preparing for? Could that have anything to do with Rian Johnson’s new Star Wars trilogy? Let us know in the comments below.

Additional reporting and theorycrafting by Jesse B. Gill.