This FLGS Found Its Success Through Community (and Pokémon) - Nerdist

This FLGS Found Its Success Through Community (and Pokémon)

Rainy Day Games seems like an apt name for a store located in the Pacific Northwest, where it sometimes feels like every day is a rainy one. It also makes it the perfect weather to stay in, hang out with friends, and play the perfect rainy day game. And finding that perfect game is Steve Ellis’ goal, as I came to realize talking to him about his store. 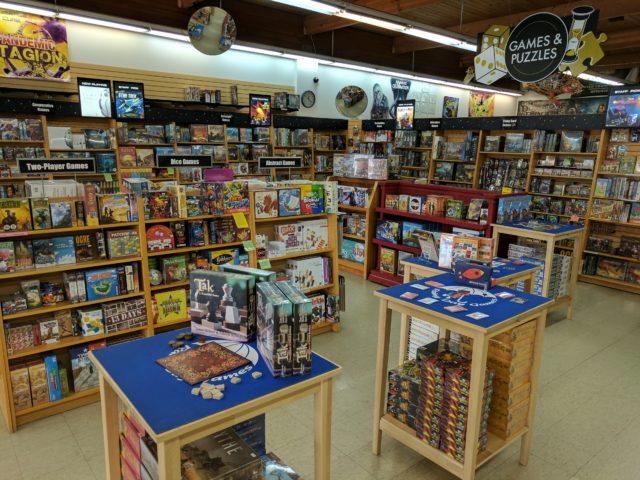 Walking into Rainy Day Games, it doesn’t feel like the stereotypical game store (which can feel like a gamer clubhouse that happens to have a shop till and games to sell), but rather a game boutique that happens to have gaming space in the back. It’s a point of pride for Steve, who modeled the look of the front end of his store to resemble ubiquitous bookstores that also happen to sell fancy coffee. It’s the upscale experience that is the goal: one where customers feel important when they walk into the store, where they can get friendly and knowledgeable advice, and where they are able to actually hold, handle and demo new games the way designer clothing stores let you try on $200 jeans.

It wasn’t a high-end game store experience that started the whole thing, however. Steve and his friend (and business partner) Jeff Abramson would play Magic: The Gathering together over lunch at work in the cafeteria, and occasionally at a local comic shop that also happened to be one of the few places that sold games. The experience was less than stellar, with the store being the opposite of upscale. “It was going out of business and horribly run. We were joking one day and thought, ‘Hey maybe we should buy this place.'” 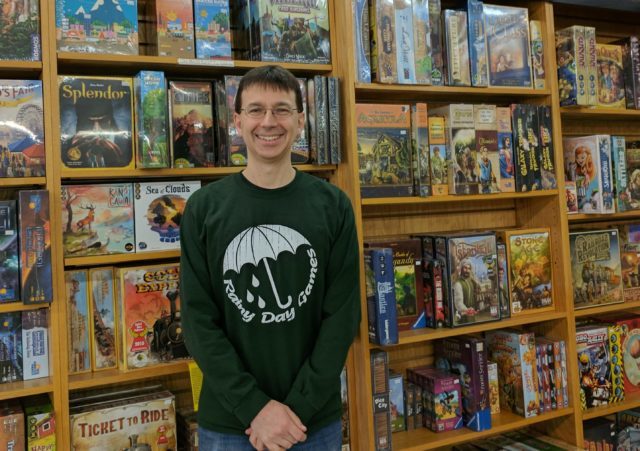 They looked at the store’s financials, which reinforced the impression of how terribly run the store was, at which point they floated the idea of starting a game-centric store from the ground up. They had a discussion about, “how much we were both willing to throw away on this foolish venture.” As Steve describes the conversation, it went along the lines of, “One of us said, ‘Well, I’m willing to lose X’ and then the other saying ‘Ok, I can match that.'” What started as a joke became real in 1998 when they put the funds together and opened the store.

It seemed like a huge risk, but their timing couldn’t have been better, as 9 months after opening the Pokémon Trading Card Game was first released. “We caught the tide and rode with it really well.” The release of the runaway hit game allowed the store to become profitable in less than a year. The store’s longevity, however, was built on the integrity of the store and how they worked with the community. The value they put on their customers now leads to some delightful reunions with kids from that opening era who have now grown. “We’re more than just a store to our customers. It’s super cool now because we’ve got people who were little kids buying Pokémon cards in our store in those early days, who are now bringing their kids into the store. That’s been a real highlight in the last 3-4 years.”

The store’s challenge these days is handling the deluge of very good games. “In a sea of very, very, good products, it’s very difficult to be perceived as great. There are a lot of products now that fail that would have been rockstar, runaway hits ten years ago.” Balancing the basic economics of game supply and demand, as well as the incredible variety of titles now is a strange problem to have for a store that had to import titles from Europe when they first started, but it’s also telling of both a community and industry that has grown exponentially over the years. 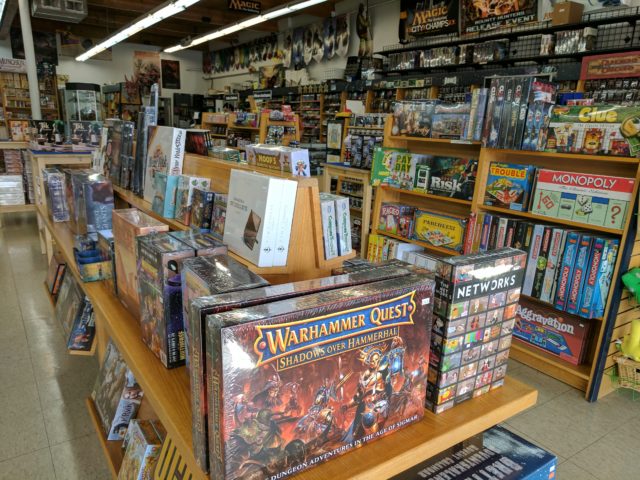 Rainy Day Games also helps contribute and shape the industry, functioning as a workshop for up-and-coming designers with their Freshgames events. Designers and gamers come together, playtest and workshop games and Steve himself helps these designers with industry contacts. “It started as a selfish thing,” Steve admits, as he himself is a designer with credits on games like Dicey Goblins and Dia De Los Muertos. Local designers who have gone through Freshgames have gone on to have their work hit big publishers, like AEG and Wizkids, as well as Kickstarter.

With a game store like this, who needs the sun? We’ll take the rain and choose to game all day.

Rainy Day Games is located at 18105 SW Tualatin Valley Hwy, Aloha OR.  You can find out more about Rainy Day Games by visiting their website and Facebook Page.