South Korean design student Minwook Paeng has a name for humans that’s hilarious and unsettling: Phono Sapiens. For this new iteration of humanity, the design student has announced a “Third Eye” camera they can wear on their heads. One that’ll alert them to any oncoming objects as their focus remains on the glowing screens in their hands.

Peta Pixel picked up on Paeng’s project, which he’s created for his Innovation Design Engineering degree at London’s Royal College of Art. The project’s aim, Paeng’s said, is to provide a satirical look at how humans are evolving into these Phono Sapiens. Although the gadget, frighteningly, seems like it could very well be useful.

In the South China Morning Post video above, Paeng shows off the Third Eye in real-world situations; demonstrating how the system alerts its user to an oncoming object by buzzing the back of their head. In an ingenious tongue-in-cheek bit of engineering, the “eyelid” of the sensor that detects objects opens when a person’s head is tilted down. This means when a user’s biological eyes turn to their yummy screen, their Third Eye opens.

“Smartphones have deeply permeated into modern people’s lives, which [has] made it difficult for us to live without them,” Paeng writes in an Instagram post. “[People perceive this] negatively, but the evolution to Phono Sapiens of mankind is undeniably a reality,” the designer adds. Indeed, the designer claims that he aims to help make human-smartphone symbiosis a positive change.

Unfortunately, there doesn’t seem to be any roadmap for bringing the Third Eye to market. But Paeng emphasizes that his goal is to help people to think critically about our evolutionary path. One that will, of course, probably lead to people more deeply intertwining themselves with their gadgets. Regardless, people will need to have all their eyes open if they want to see into the future clearly. 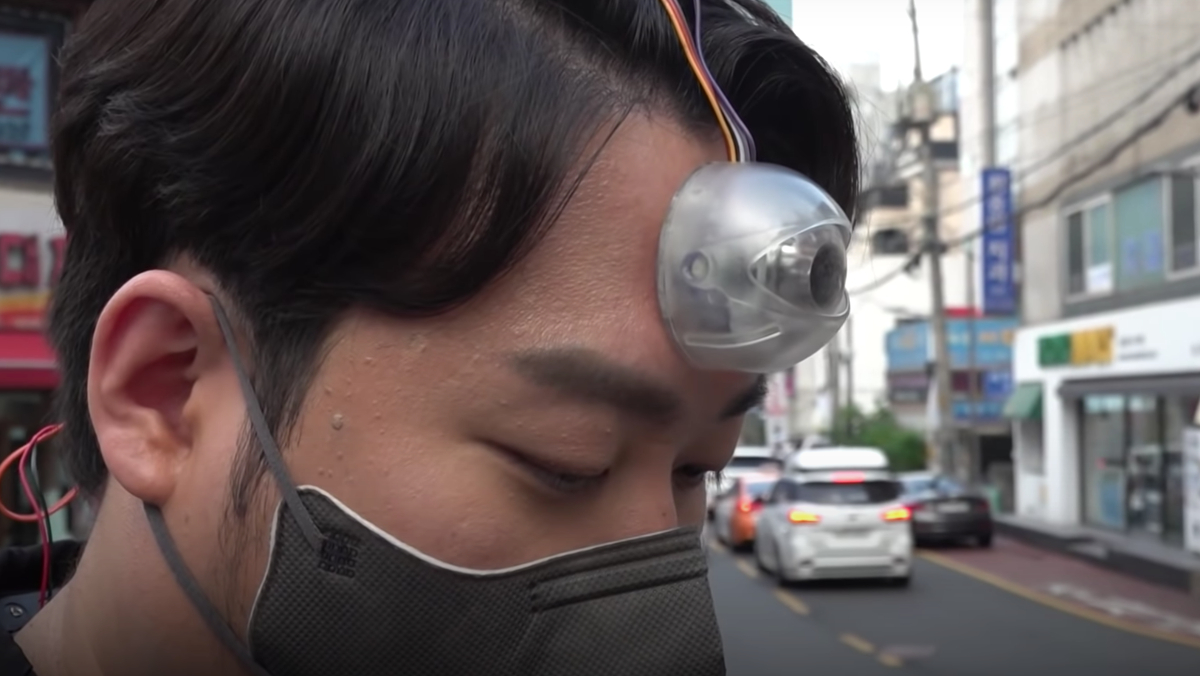