These 3D Murals in Spain Are Surreally Beautiful - Nerdist

These 3D Murals in Spain Are Surreally Beautiful

Dados Punto Cero, a Banksy-caliber street artist in Spain, created numerous, gigantic 3D murals that pop from their surfaces in surreal fashion. His latest project, dubbed “Tetra Fish,” is no exception, as it appears to swim along the side of a building in a town outside the city of León. It also stands, according to Cero, as reminder of the plastic waste and pollution in our oceans, as well as the necessity of recycling.

Laughing Squid first introduced us to Cero’s new 3D mural, which is the latest entry in the artist’s series of works titled “Sea of Plastic.” Street Art News notes that with this series, Cero aims to denounce “the excessive use of plastic and the pollution of seas and oceans.” Street Art also says that Cero wants to encourage his audience to, essentially, reduce, reuse, and recylce.

“We eat what we do not recycle,” Cero’s Tetra Fish Instagram post reads, adding that while not everything is 100% recyclable, what’s most important is that people learn how to reuse and “reinvent.” And if there’s anybody who should be doling out advice about reinventing, it’s Cero. 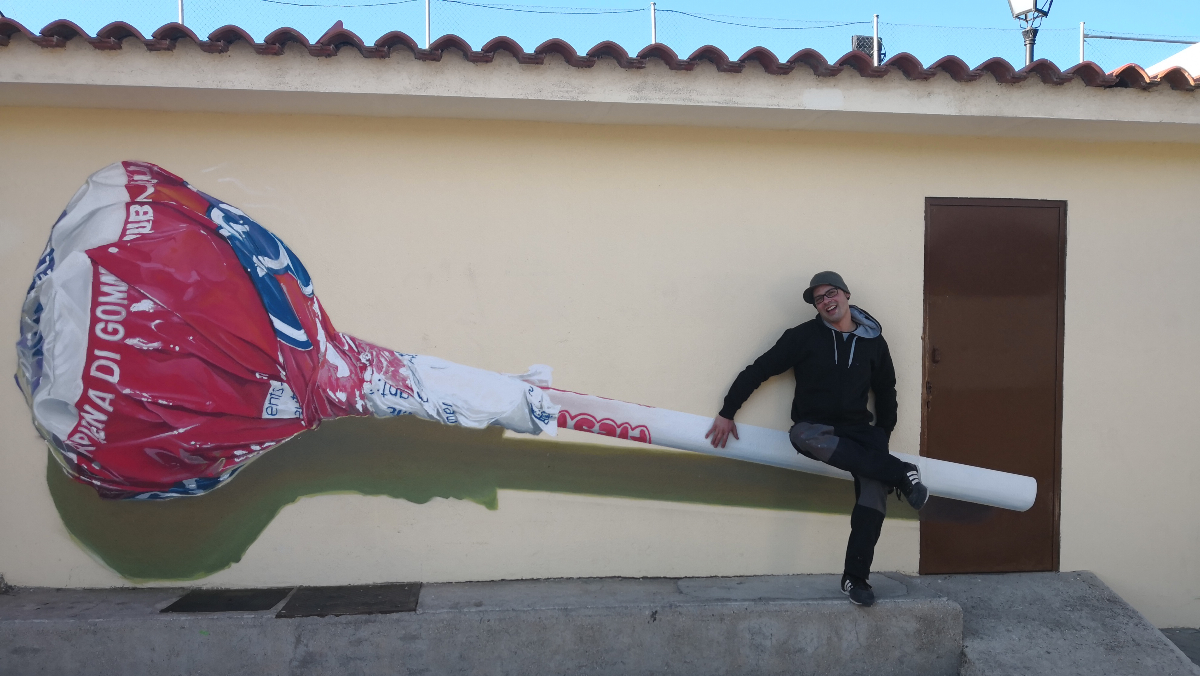 Aside from Tetra Fish, Cero created many other 3D murals that deliver a dose of next-level trompe l’oeil. His other grand optical illusions, of course, include the other plasticky sea creatures shown above, but his work is also often playful. Below, for example, is a giant matryoshka doll painted on the side of a building in Russia. Try not to get vertigo as you scroll through the photos.

What do you think about Dados Punto Cero and his 3D murals? Would you like to have Cero paint some surreal social commentary on buildings in your town, or do you prefer his more playful stuff? Give us a 3D look at your thoughts in the comments!