THE X-FILES: THE OFFICIAL ARCHIVES Digs Into The Show’s Lore - Nerdist

THE X-FILES: THE OFFICIAL ARCHIVES Digs Into The Show’s Lore

Things are strange right now. So strange, that new conspiracy theories pop up every day about the mysterious goings on. We can’t say we abide by all of them—or any of them really. But it’s a natural human instinct to search for intention when most of the time there’s no rhyme or reason for the weird things that happen in this world.

Still, when we want to play out our conspiracy fantasies, there’s no better place to turn than to The X-Files. The ‘90s TV series—which branched out into movies and two reboots—is that perfect indulgence. A series that speculates there’s almost always a hidden truth the public doesn’t know about.

That’s the idea behind the new book, The X-Files: The Official Archives — Cryptids, Biological Anomalies, and Parapsychic Phenomena by Paul Terry. It’s the first time fans, or “X-Philes,” can see the actual physical version of the FBI’s X-Files for themselves. If you’ve ever wanted to pour over the details of your favorite cases from the series, this is the book for you!

Nerdist is happy to debut four exclusive pages from the book, including a close-up look at the famous Flukeman monster and a tabloid page about the stupendous Yappi! 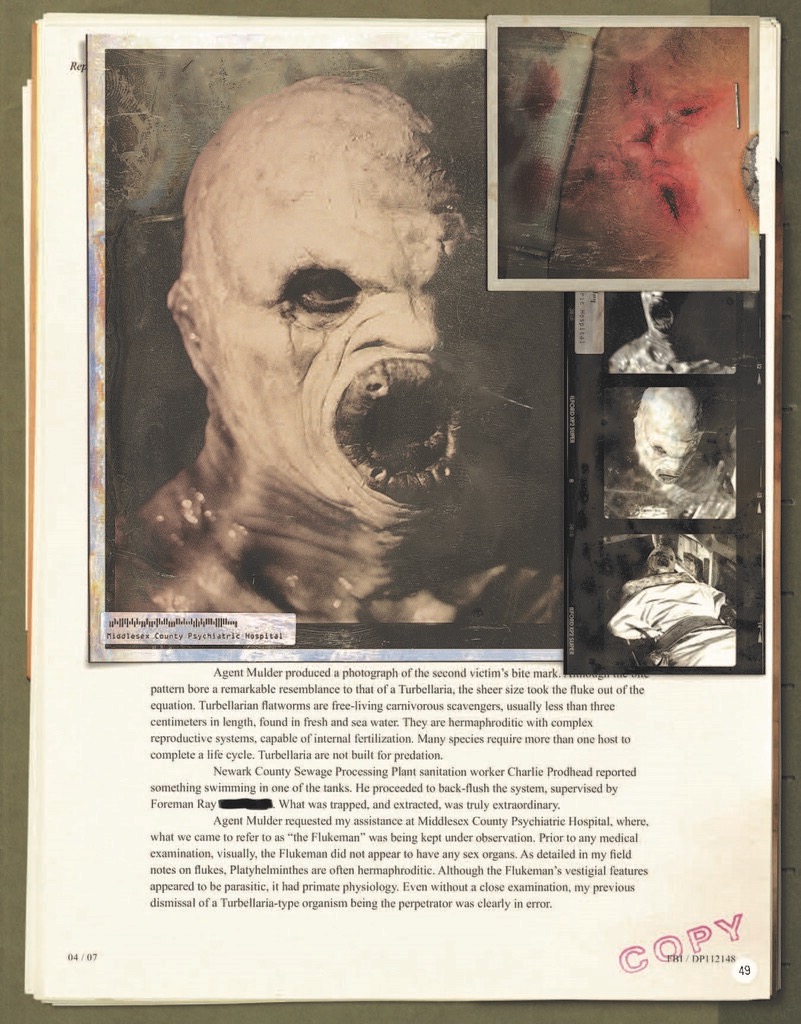 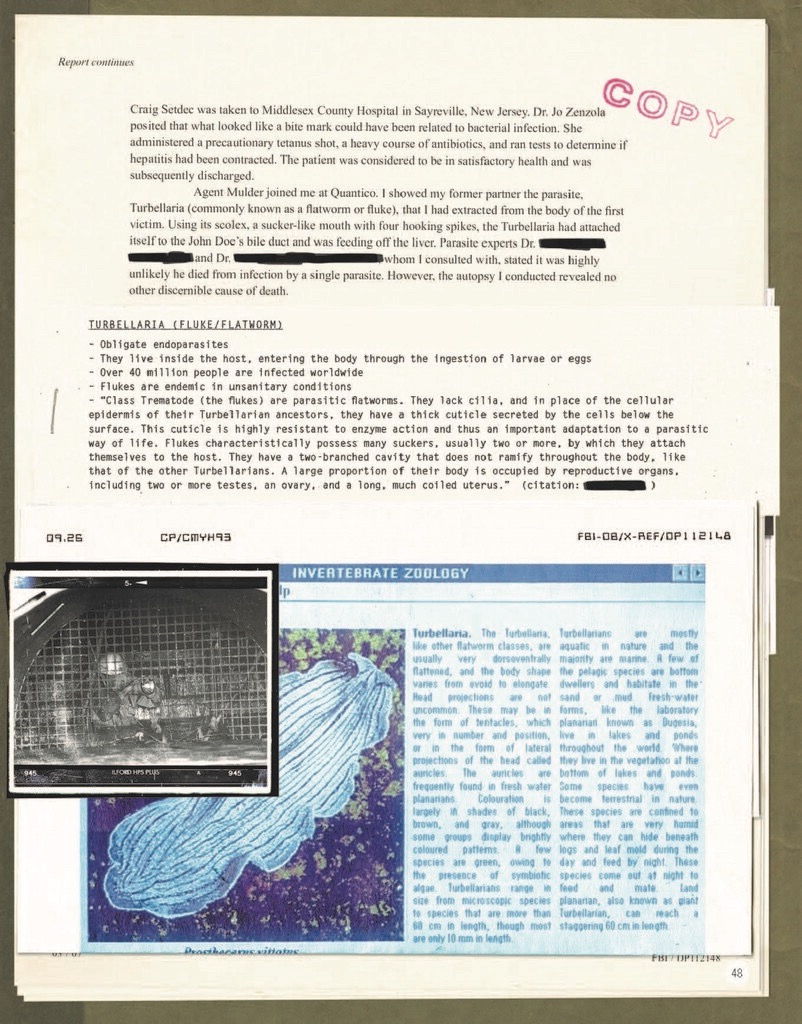 These first two pages are all about the Flukeman, one of the most famous monsters of the week from The X-Files. The book gives more details about the mutant flat worm creature, found in the Newark County Sewage Processing Plant. Notably, that “over 40 million people are infected worldwide” with real flatworms. The Flukeman first appeared in the episode “The Host” and made a cameo on a tabloid newspaper in the later episode, “Pusher.” 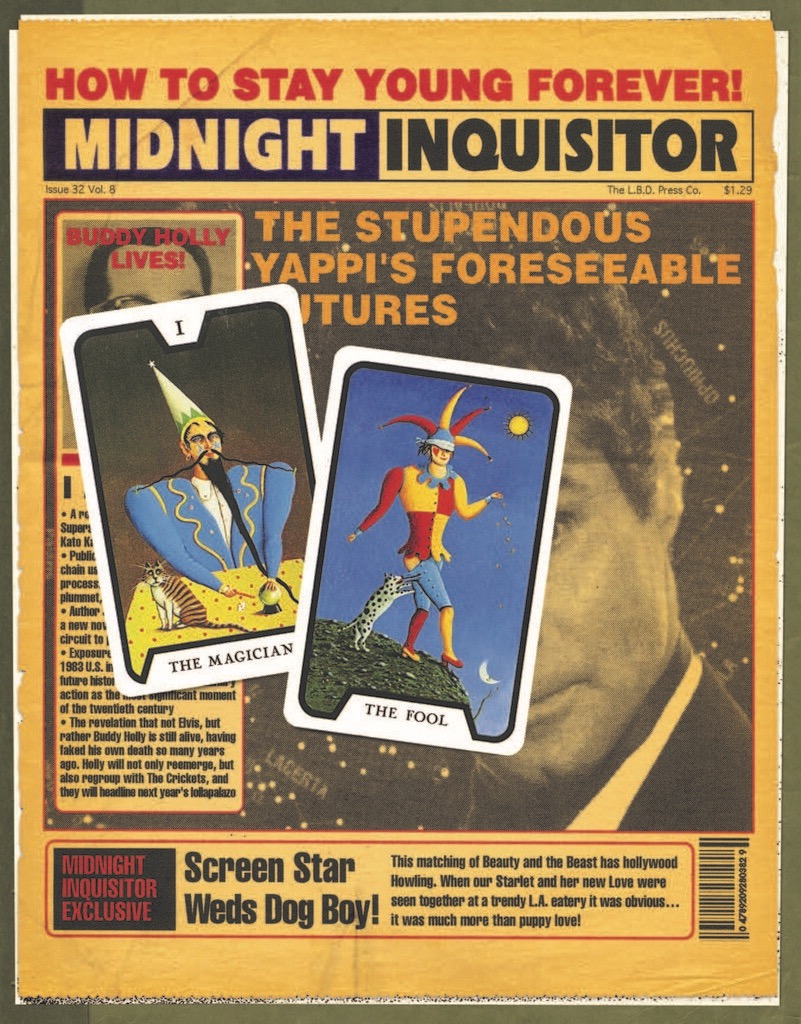 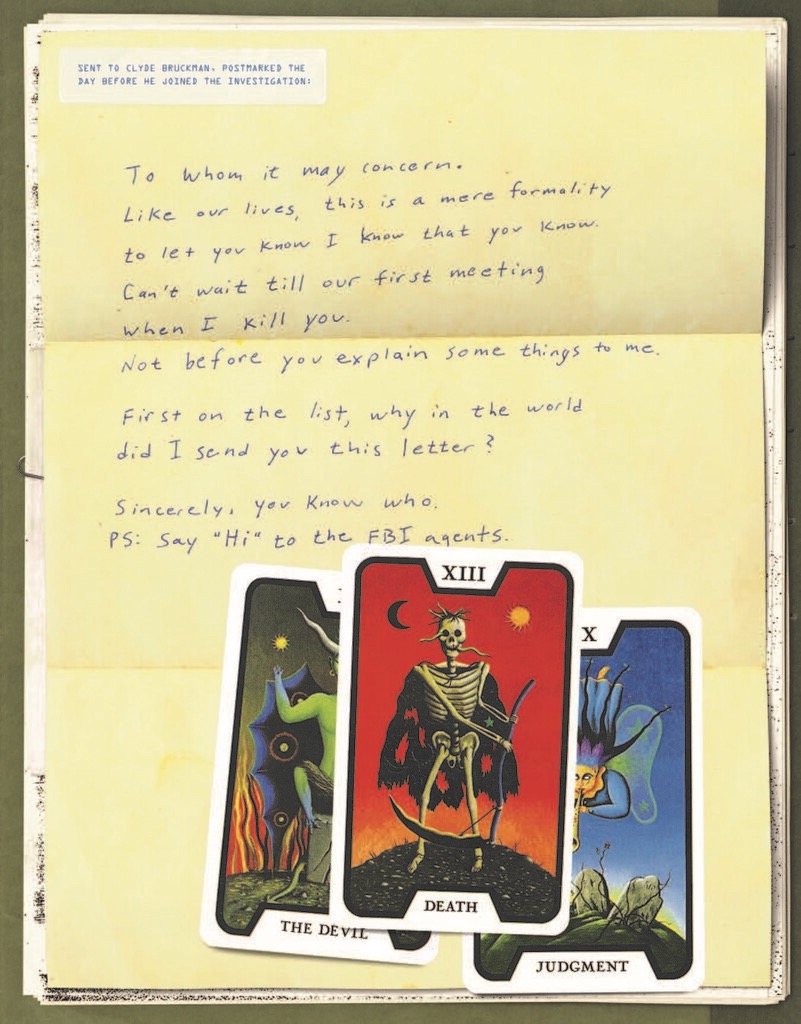 Next up, we have a couple of fun pages. Yappi is a character who appears in two of the most acclaimed and beloved episodes of The X-Files: “Clyde Bruckman’s Final Repose” and “José Chung’s From Outer Space.” The mysterious celebrity was known for making accurate predictions and was used to assist the FBI. The Midnight Inquisitor cover spotted in the first image above is a prop from “Clyde Bruckman’s Final Repose.”

We also see a letter that appears in that same episode, one written by the villain of the week and killer to Bruckman—mysterious, as it arrived the day before he or the FBI joined the case. The tarot cards seen on both pages are also from the episode; a tarot reader is one of the victims of the bellhop killer.

These are just a few of the fun Easter eggs you can expect from The X-Files: The Official Archives — Cryptids, Biological Anomalies, and Parapsychic Phenomena. Look for even more field reports, autopsy results, newspaper clippings, sketch artist drawings of eye-witness testimony, evidence ripped from books on the occult, and security camera footage printouts in the pages. What’s more? The show’s creator Chris Carter and writer Vince Gilligan and Frank Spotnitz provided new details for the officially licensed book.

The Official Archives is available on September 15, 2020.