AMC’s third Walking Dead universe series is finally giving fans a peek into its story with new images. The show – tentatively titled Monument – is bringing cast members Aliyah Royale, Alexa Mansour, Annet Mahendru, Nicolas Cantu, Hal Cumpston, and Nico Tortorella alongside co-creator Scott Gimple, and showrunner Matt Negrete to NYCC this weekend for a big panel. This is when fans will likely get an official title, more information about the characters, where this story falls in the universe’s timeline, and a possible trailer or teaser clip. Until then, the pictures are already intriguing enough to pique some interest. The spin-off is currently set for a Spring 2020 debut and will follow two female protagonists trying to make their way in this apocalyptic world.

It will be a different take on Walking Dead’s survival exploration with a coming-of-age storyline. The Walking Dead and Fear the Walking Dead have focused on younger survivors like Carl, Judith, and Alicia, but they were (or are currently) under the tutelage of battle tested people like Rick, Michonne, Morgan, and Madison. According to a previously released teaser, these young adults are striking out on their own and leaving the safety of their communities. It doesn’t seem like the smartest choice with rotting bodies and killers all around them but everyone eventually wants to move out at some point, right? And, some of them are probably filled with evil themselves. One thing is for sure – a picture won’t reveal too much about their true intentions. 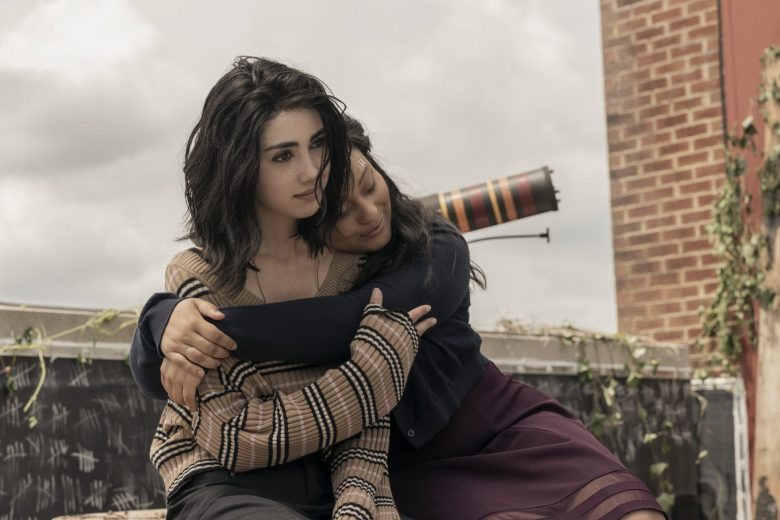 There’s a photo of Iris (Royale) and Hope (Mansour) embracing each other on what appears to be the top of a building. There’s a wall behind them with a lot of tally marks, which indicates that someone has been counting the days since the outbreak took over. Iris appears to have a small scar over her eye but the pair look clean and normal otherwise. 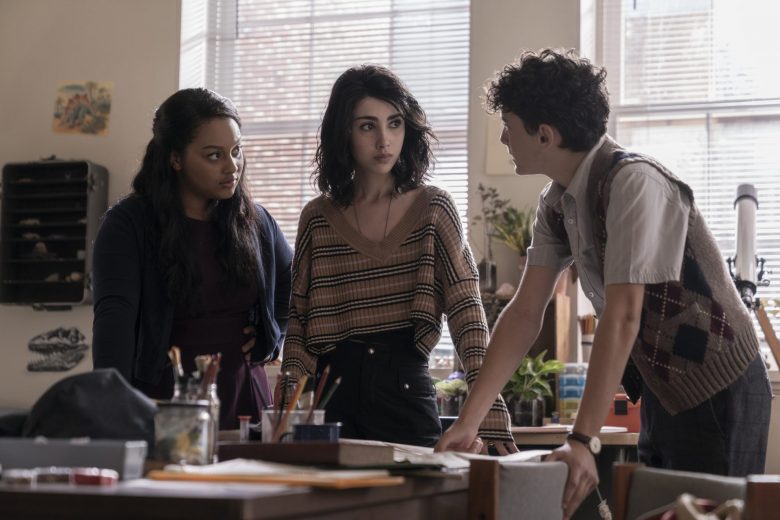 Iris and Hope are wearing the same clothes in another photo as the speak with someone in what looks like a school classroom. Is this where they will take cover and try to build a life? Only time will tell. Hope is later seen peeking out from the side of a bus with a fellow survivor and they are brandishing weapons. She’s wearing a brown murder coat – perhaps paying homage to Rick Grimes infamous killer jacket from his Walking Dead Season 4 and 5 days. 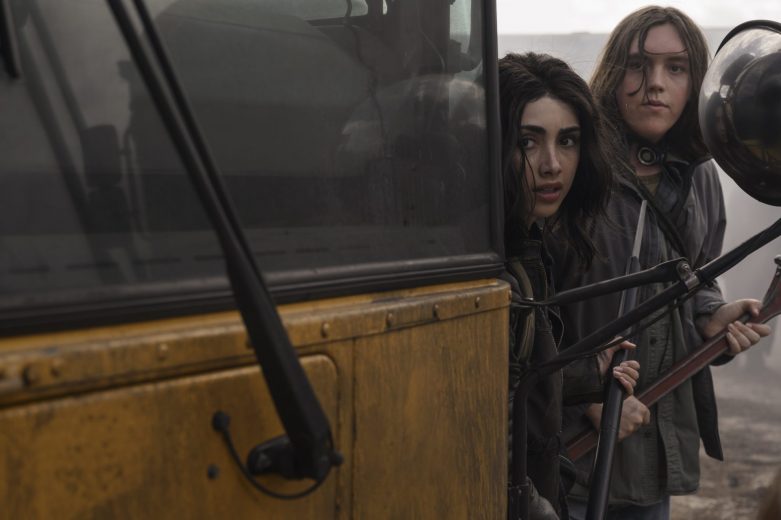 The photo release also features a gnarly snapshot of several walkers covered in moss. They are in what appears to be airplane seats so a deadly crash may be shown in the pilot episode.  A final photo shows some of the young fighters standing in a circle in front of a bus as walkers come at them from all sides. 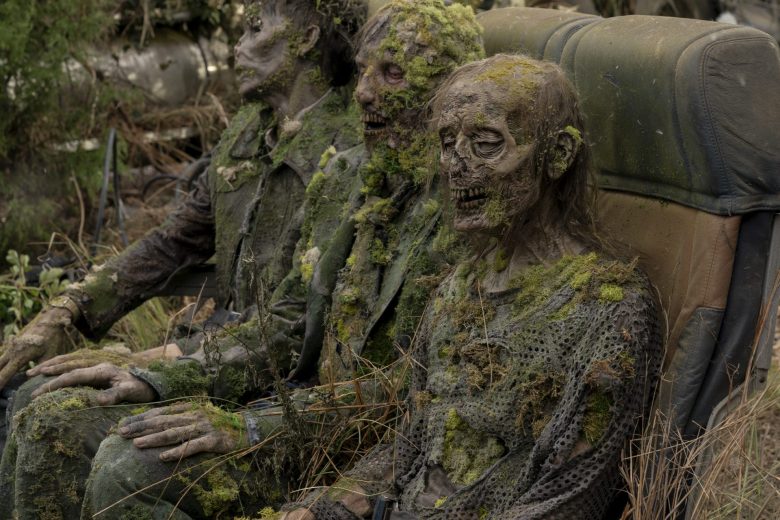 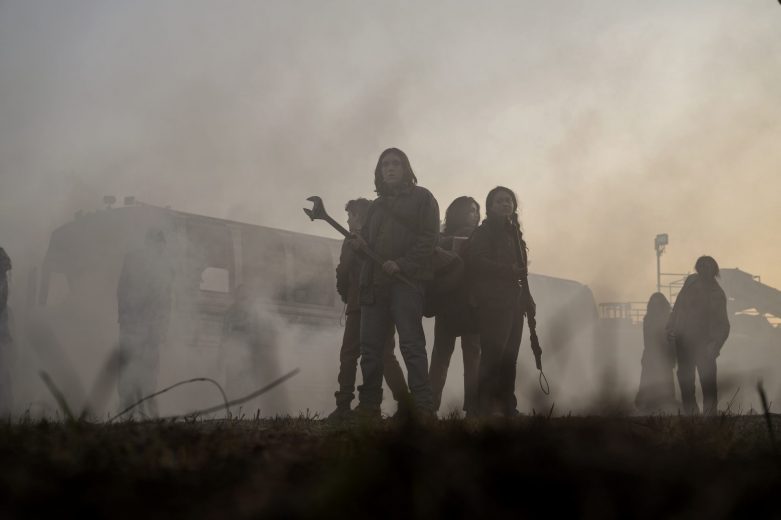 Monument is going to explore what it means to walk away from a sheltered and protected life in the zombie apocalypse. Get ready to see uncharted territory in The Walking Dead universe through the first generation of survivors heading out to build their own legacies.