THE WALKING DEAD Reveals Daryl’s Connection to Leah and Dog

The Walking Dead’s romances are just as infamous as the villains and zombies are. Every fan has a favorite pairing, whether it’s an established romance like Richonne or the serious shipping of Daryl and Connie (a.k.a. Donnie). Speaking of Daryl, he’s the center of the show’s latest episode, in a flashback to the years following the bridge incident. Surprisingly, Daryl had a whole relationship that no one except Carol seems to know about. It looks like the forever loner got some loving after all.

In present day times, Daryl, Carol, and Dog go out on a hunting mission. They come upon an abandoned cabin to stay in for the night; it turns Daryl’s general annoyance with Carol’s presence into sadness. We get a small glimpse of a woman petting Dog while Daryl walks up in the background. The action then goes back five years into the past which, by this point, is about two years after Rick’s “death.”

Daryl is living out in the woods and searching for Rick’s body when he runs into Dog as a puppy. A year later, a search mission leads him and Dog to Leah’s cabin. It turns out Leah is Dog’s original owner and the one who gave him such an uninspired name. They form an odd and rather abrasive acquaintanceship; they say they want to be left alone while never leaving each other alone. 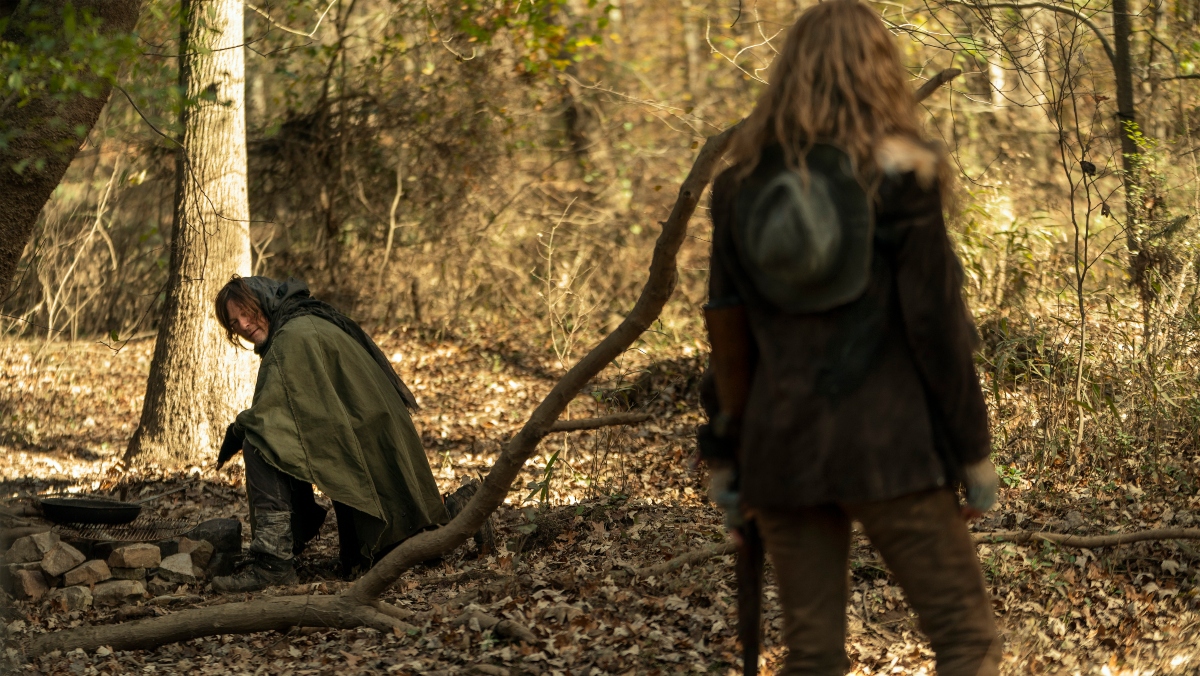 Leah eventually opens up about losing everyone around her, including her adoptive son, and Daryl shares his feelings over losing Rick. They eventually form a romantic bond but things go sour months later. Leah tells Daryl to choose between being with her, his search for Rick, or his community. He makes the choice to leave and when he comes back, she is mysteriously gone. Daryl leaves her a note saying he belongs with her and to find him if she ever returns.

The big mystery in this episode is what happened to Leah. Carol brings up a few good possibilities, including the chance that Leah simply left. Her cabin is somewhat out of sorts when Daryl comes back to it but not to the point that it looks like she’s been robbed or hurt.

A family photo is no longer in a frame and Dog comes out of a closet. Leah may have decided that staying there after falling for Daryl was too much to bear. So she left and gave Dog to him as a present of sorts so he wouldn’t be completely alone. If this is true, it’s an interesting decision to make in this still very dangerous world. 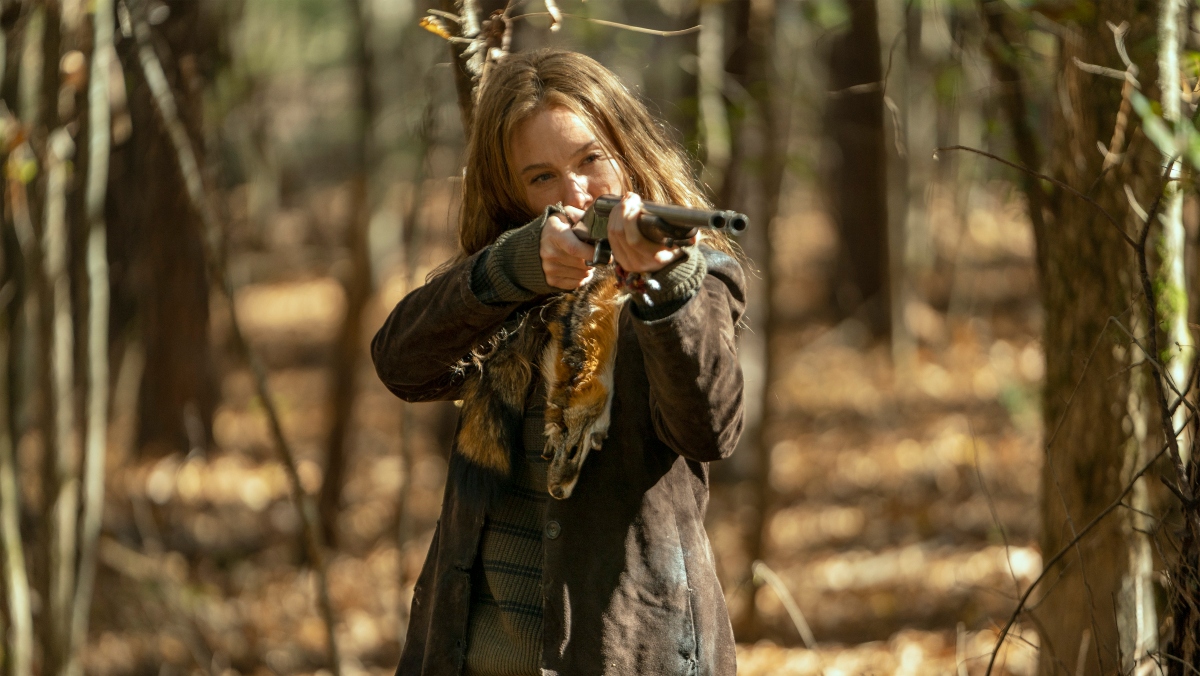 Leah had been living in this space for years with safety and security. Why would she give up a relatively stable place? Where would she even want to go? This seems like an unnecessary risk, even for a person with a broken heart. But, perhaps there’s a larger reason behind her disappearance. She may have left the area in a CRM helicopter like Heath and good ole Rick Grimes.

The group has been snatching up “A” and “B” people for a while now, so she could possibly be wherever Rick is located. We may never see Leah again, but it would be cool for her to make a future appearance. Imagine her telling Rick about a man she’d met in Virginia who was searching for his dead brother. That would certainly blow Rick’s mind.

For all we know, Leah may be dead at this point. Honestly, it may be better for Daryl (and us) to have that closure than to deal with yet another mystery. Or she might decide to one day come back and find Daryl. This could turn into some mess with Connie likely reuniting with the group. Things can get tricky if Leah and Connie come back. Daryl obviously fell in love with Leah but he also has strong (and more recent) feelings for Connie. 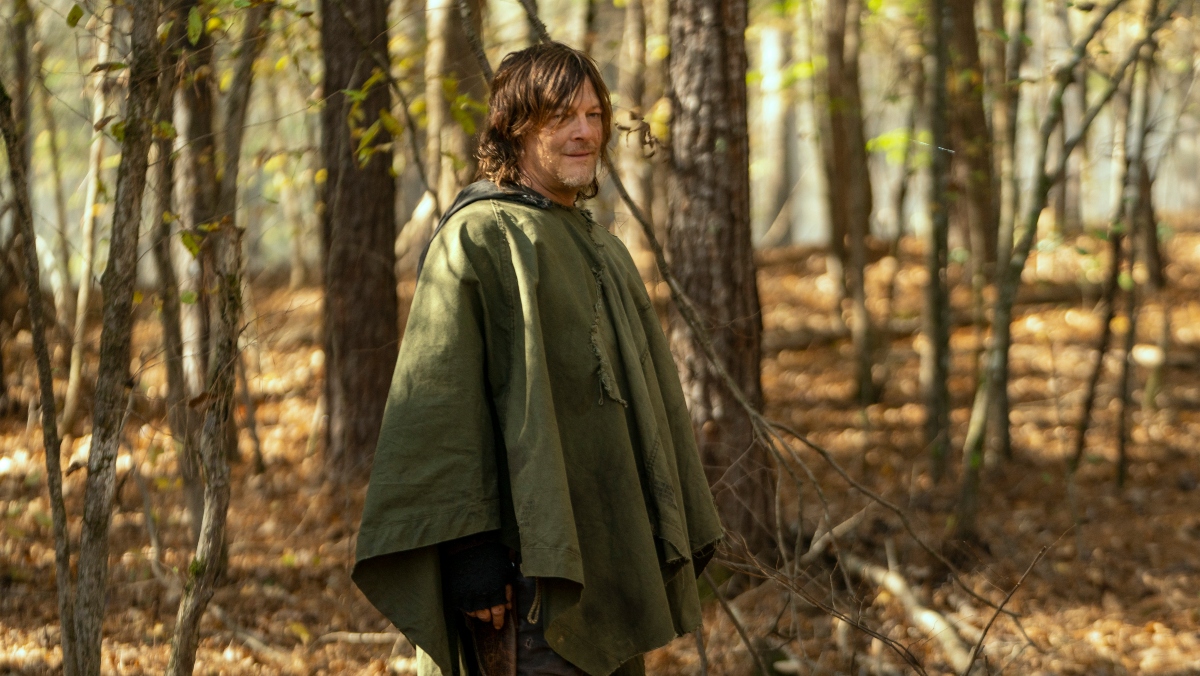 Closure doesn’t always happen in the apocalypse, but Daryl is famous for not knowing when to accept and let things go. So he’s currently upset over Rick, Connie, and now Leah. Sigh. We all know that he’s set for his own show alongside Carol so it’s hard to determine what his relationship status will be by the series finale.

After years of the fandom speculating on his sexuality and wanting him to be in a romance, we find out that Daryl did find love for a bit. Will Leah ever come back and find Daryl? Or is she just a part of his past that he’ll never figure out? We shall see.