The Joyful History of Cult Favorite THE TOXIC AVENGER

Who is the Toxic Avenger? Well, depending on who you ask, you might get a different answer. To me, he’s the sweet-hearted disabled star of Troma’s most famous movie. To others, he’s a symbol of B-movie schlock. And to some, he’s a figure of the resilience of real down-and-dirty indie cinema. All three are true, and they sum up just why Toxie—as he’s fondly known—has stood the test of time in a way that many other B-movie heroes haven’t. With the amazing news that Peter Dinklage will be taking on the role in a new reimagining of the story, it’s the perfect time to look back at the legacy of The Toxic Avenger and its impact on pop culture.

If you’ve heard of Troma, you probably are a die-hard fan, hate them with a passion, or forgot that they ever existed. There doesn’t seem to be much in between. But in 1984, Lloyd Kaufman‘s indie studio released its biggest hit: the crossover monster movie that would keep them going for years to come.

The Toxic Avenger deviated from the films that the studio had been making before, which had primarily been low budget sex comedies. Kaufman came at this new film as a reinvention of the horror film. Though the final product is far campier than it is scary, it’s a truly enjoyable delight. The film juxtaposes a sweet-hearted hero with gross practical effects. Not to mention a superhero satire that still feels relevant today.

It’s no surprise that the rebooted film has found legs during an age of true superhero saturation. The Toxic Avenger‘s origin story echoed the likes of Captain America, Swamp Thing, and Spider-Man. Contact with toxic waste transformed the once meek janitor Melvin Ferd into the heroic Toxic Avenger. Slapstick and silliness would then abound.

This was a pre-Watchmen movie, and it relished in the innate ridiculousness of its setup. But it also carried an interesting twist that we rarely see in contemporary comic book movies. Toxie always fought for the little guy. No militarized heroics here; he was more concerned with taking down the corrupt cops and criminals hurting his community. 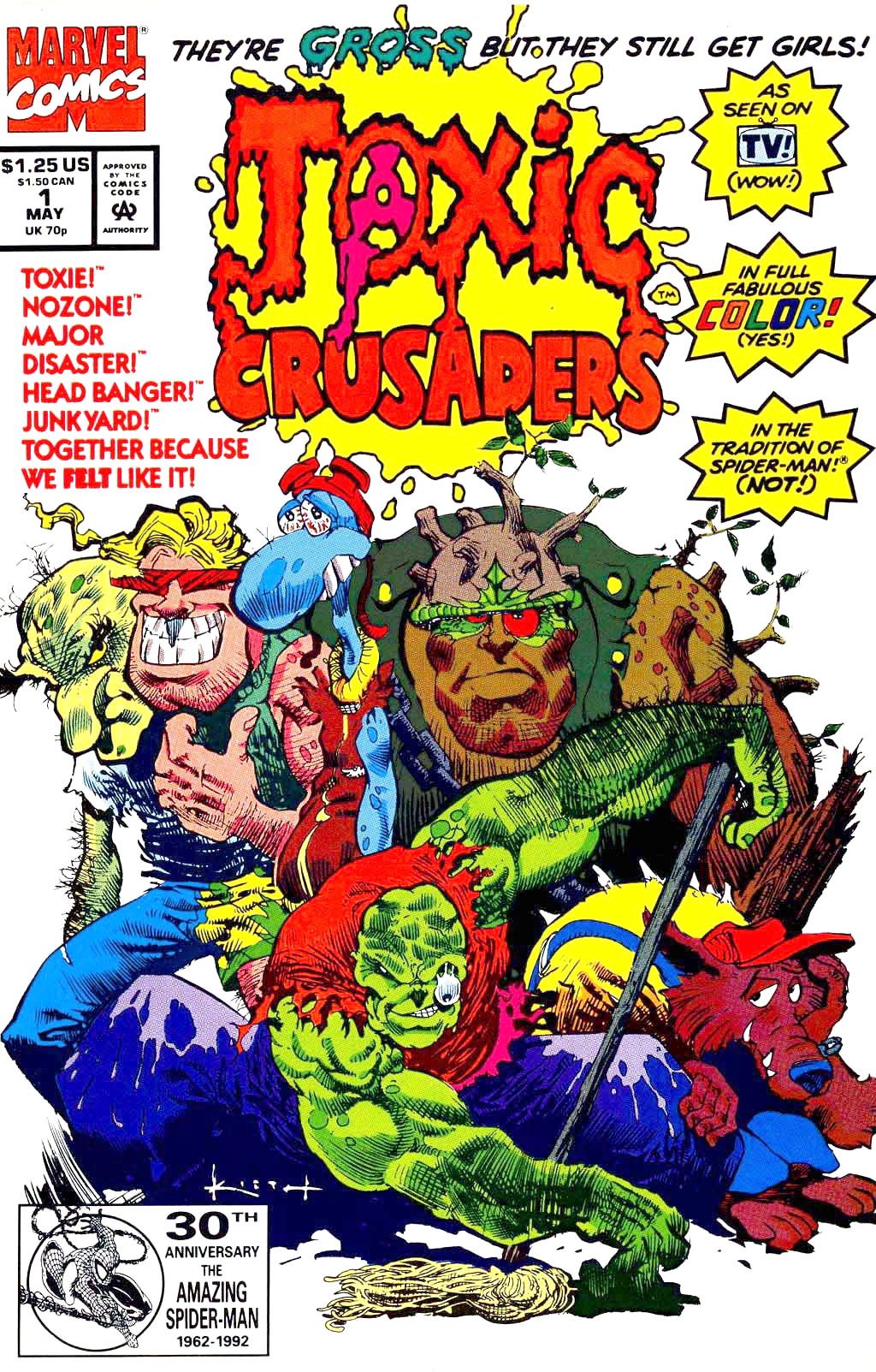 The film slid under the radar during its initial release. But a spate of midnight movie screenings at Greenwich Village’s iconic Bleecker Street Cinema began its road to cult movie fame. Word of mouth and the nature of Troma’s low budget moviemaking skills kicked a sequel into the works. The follow-up didn’t reach the lofty heights of the first film, but it wasn’t the last. In fact, Toxie became such a pop culture stalwart that he sparked two more sequels and a popular (if short-lived) cartoon, Toxic Crusaders, with an equally short-lived Marvel Comics adaptation. Toxic Crusaders was part of the cartoons-as-advertisements-for-toys craze sparked by Transformers and Teenage Mutant Ninja Turtles. (Which means you may have had a cool Toxie toy if you were a ’90s kid.)

The Toxic Avenger’s marketability and ever-growing cult status represented something big. It was a sign that low budget movies could still make it in the burgeoning age of the summer blockbuster.

What Toxie Meant to Hollywood 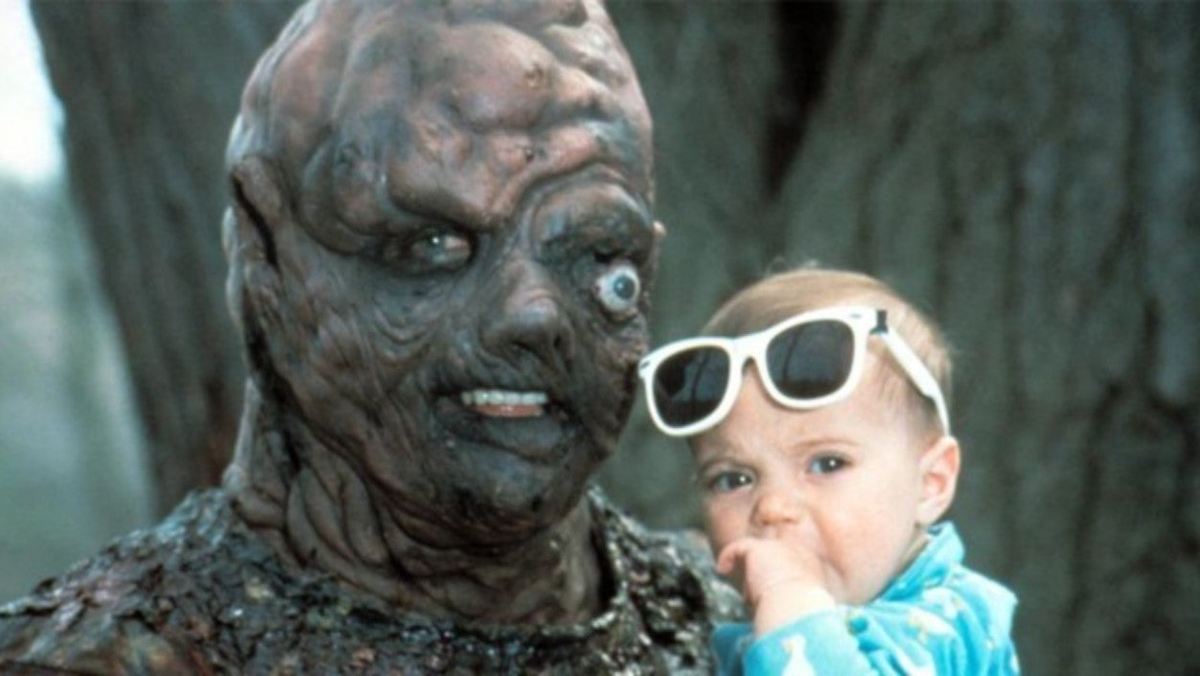 In a subversion of the usual toxic machismo guerrilla filmmaking attitude that pervades B-movie culture, Kaufman is known for his kindness. In 2012, he released the “Troma House Rules” on his website. Many in mainstream Hollywood could learn from the first three rules: 1. Safety to HUMANS, 2. Safety to PEOPLE’S PROPERTY, 3. make a good movie.

This triptych represents Kaufman’s subversive nature. Sure, making the movie is important, but the people who make it always come first. Those rules also noted, “While we at Troma Entertainment don’t take ourselves seriously, we take our movies VERY seriously,” which could be a motto for the studio.

Troma’s openness to new and different interpretations of Toxie helped make the character last. In 2008, a musical based on the movie debuted in New Jersey. The tongue-in-cheek adaptation reinvigorated the interest in the character; over the nine years to follow, the cult musical toured the US and opened in Australia, London, and Toronto. Not only did the show bring a new audience to Toxie, but it continued the Troma legacy of embracing the unexpected.

And now, Toxie looks to find new life in the form of Peter Dinklage, with director Macon Blair running the show. And with Kaufman attached to the project, it’s the perfect time for Toxie to step back into the spotlight. Long live Toxie! Long live truly weird indie cinema!