The Tabletop Celebration That Turned Into A Gaming Convention - Nerdist

The Tabletop Celebration That Turned Into A Gaming Convention

“It’s like a house party at a hotel,” head honcho Ross Thompson said, “and it’s morphed into this big celebration of tabletop gaming.”

Coinciding with this year’s International TableTop Day, Kingdom-Con has evolved from a miniatures-heavy event to one that covers the entire spectrum of gaming. In addition to a large open gaming area, there will be a Catan qualifier tournament, a miniatures painting competition, the Broadside Bash (an annual Warhammer 40k, Warhammer Fantasy Battles, War of the Ring miniatures tournament), ongoing games of Drunk Quest, and an Unpub event, where local designers will give demos of their unpublished games.

“You can just hang out and play board games all weekend,” Thompson said. “Every room has its own feel to it.” 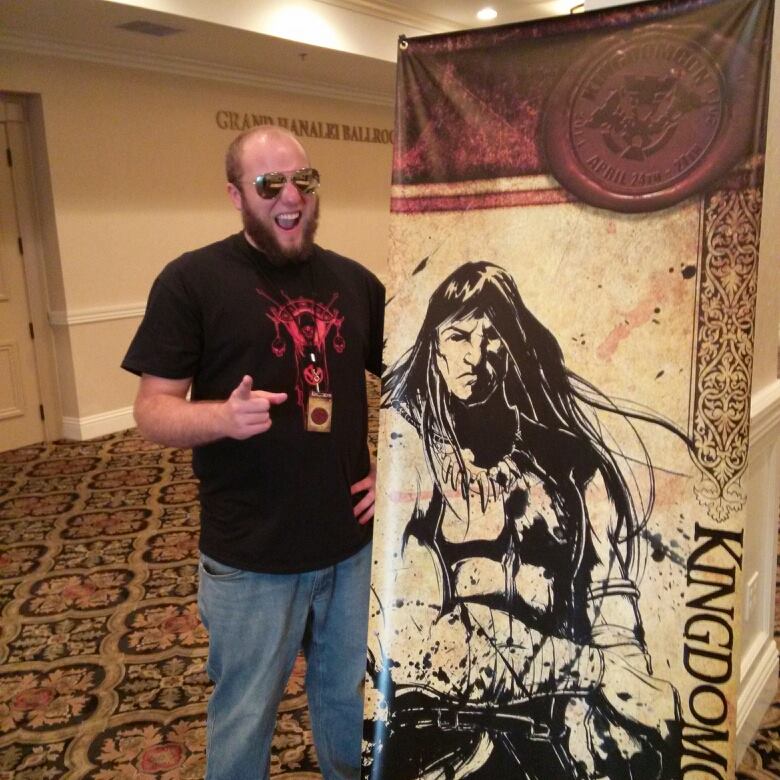 A lifelong gamer and San Diego resident, Thompson has been involved in the hobby at various levels, from working for Privateer press to running a gaming club in his hometown. He also organized Warmachine tournaments and GMI games events throughout Southern California, Nevada, and Arizona. Then, in 2008, he attended Temple Con and his view of conventions was forever changed.

“Temple Con was a big steampunk and Warmachine convention. It was super cool,” he recalled. “I’d only been to Comic Con before, so I didn’t know you could have smaller cons like this. When I got back to San Diego, I thought, ‘We should do this here. Let’s do it and see what happens.’”

Thompson gathered a group of friends and launched Kingdom-Con in 2009, with 200 attendees at the initial event. “I learned more running that event than any other. It was a fun experience,” he said.

Growing primarily through word of mouth, Kingdom-Con has maintained its casual atmosphere, as volunteers and representatives of different gaming communities come together each year.

“I’m kind of the glue that keeps things together because there are all these people involved that make this magical thing happen,” Thompson said. “Everybody brings a different part to the show. It’s a huge collaboration for this event.” 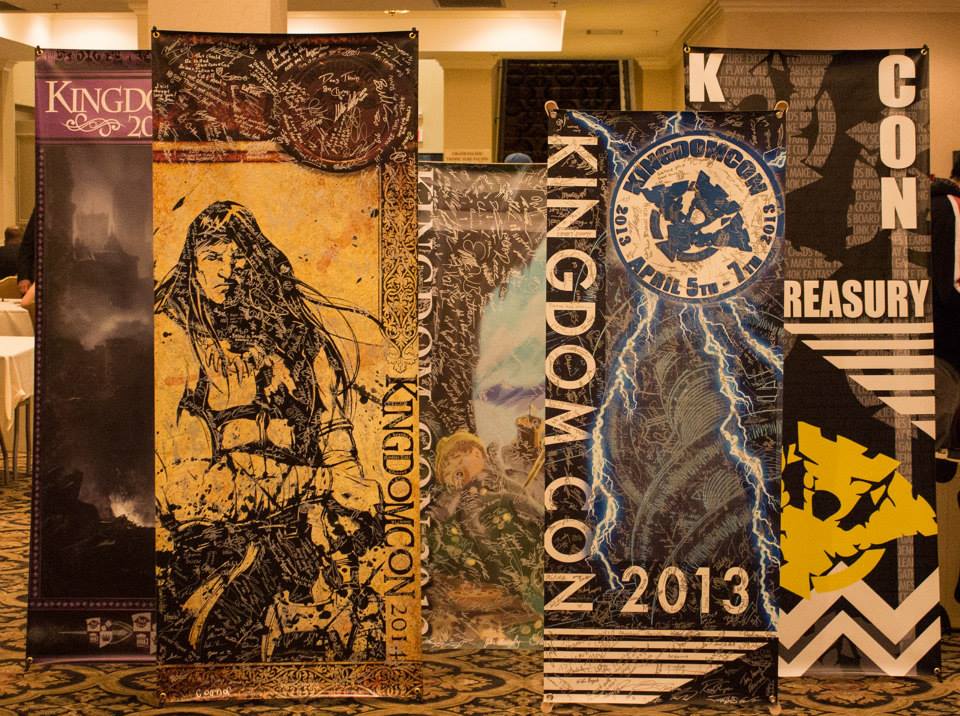 A vendor hall will also be open during Kingdom-Con, with Privateer Press, USAopoly, Renegade Game Studios, Broken Token, Fantasy Flight Games, and many other companies represented. Thompson is quick to point out that the focus is what’s being played on the tabletops.

“It’s not a Gen Con; it’s not an expo show,” he said. “Even though we have 20 vendors in a big room and lots of people come down to show off a lot of new games, we already have Gen Con, Comic Con, etc. I want to keep it so people can just show up, play games, and have a good time.”

While it may not become the West Coast version of Gen Con, Thompson sees attendance growing and he’s started tinkering with future possibilities such as live streaming of games being played at the convention. He’s also aware that the convention’s roots lie in its casual, family-friendly environment.

“Kingdom-Con ended up being a place where we could all come back and play games at this one place every year,” he said. “My friends live in the Bay Area, Seattle, Vegas, and Boston and they’ll all come down and play games.”

Ultimately, Thompson believes Kingdom-Con, like tabletop gaming in general, is a celebration.

“I love the interaction with people,” he said. “It’s the celebration of ‘Hey, we’re gonna hang out and have a good time,’ whether we’re playing D&D or Warhammer or board games or card games. It’s very special and very unique.

“We’re in a time where anyone can make a game, get it funded via crowdfunding, and get it out there,” Thompson concluded. “Tabletop gaming has allowed people to share their experiences with other people. That’s just the best.”

How are you celebrating International Tabletop Day? Tell us in the comments!