Surprise! A Second THE SUICIDE SQUAD Trailer Has Dropped - Nerdist

Surprise! A Second THE SUICIDE SQUAD Trailer Has Dropped

Trailers have a fun way of changing the context of what you’re looking at. It’s truly an experiment in the Kuleshov effect, but with more music. We’re barely a week out from the bombastic, humor-fueled, classic-rock-ified first trailer for James Gunn’s The Suicide Squad, which introduced us to our new favorite son, King Shark. Now, Gunn has shared a second trailer that premiered in cinemas with Godzilla vs. Kong. It’s got a completely different feel, even though it uses a lot of the same shots, moments, and lines. If we saw this one first, we might think we were getting an action drama. Maybe it’s both!

Gunn shared this trailer on his Twitter. In it, with a much more ominous tone, we hear the voiceover of Peter Capaldi’s Thinker as he seemingly goads the Squad about their plight as pawns of Amanda Waller. He talks about how they’re all punchlines and all it would take is “one blessed act of rebellion” to make them legends again. Clearly, given how he seems to be the reluctant linchpin in their plan, he’s trying to get under their skin. Cheeky.

The new trailer also showcases more of what I’m gonna call the “B Team” of the new group. Boomerang aside, people like Javelin, Weasel, BlackGuard, Mongal, and TDK feel less like the main crew than the likes of Bloodsport, Peacemaker, and Ratcatcher II. I have a theory (which may be a spoiler, so skip to after the image if you don’t want to read it):

I think those characters—Savant, et al—die horribly early on in the movie and Flag has to recruit a whole new crew in order to complete the mission. Not sure if Boomerang will die, given that people seem to like him, but I could see it happening for the lolz. 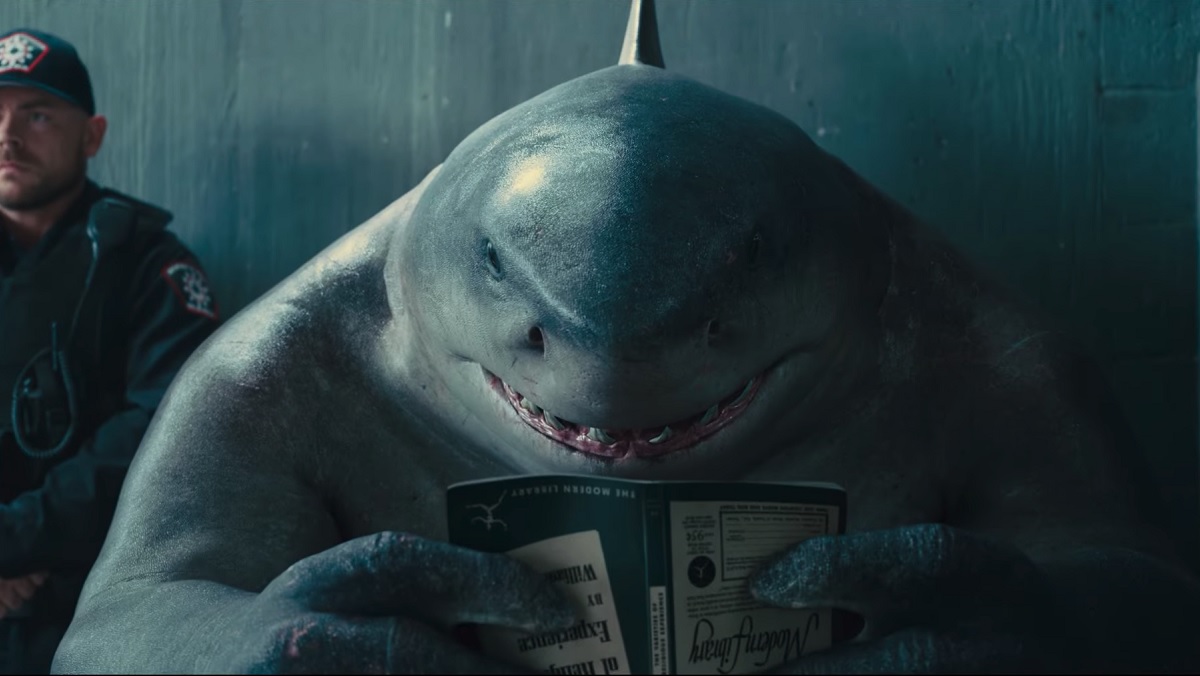 There are some pretty great new shots in the trailer, including; Harley apparently creating an eruption of flowers when she kills people; Polka-Dot Man firing polka dots at people (not sure what the result of that will be); Ratcatcher II summoning rats; several shots of shirtless Peacemaker and him explaining how many people he’d kill for peace. Yikes. We also see TDK (Nathan Fillion) separate his arms from his body; that character, as far as I can tell, is not from the comics so your guess is as good as mine.

Gunn followed up his trailer tweet with one saying:

I was firm in not wanting to make two trailers exactly the same. That bugs me when they do that. If we’re going to ask fans to watch TWO, let’s give them a reason to do so, focusing on different aspects of our film. #TheSuicideSquad

That is some stuff we can get behind. We’re pretty jazzed for this movie. Let’s hope these two very different trailers give us a good idea of what’s to come. We all know how misleading trailers for Suicide Squad movies can be.