Here’s Who We’d Cast in THE STAND Miniseries Remake

It’s finally official. According to Deadline, Josh Boone’s 10-episode adaptation of Stephen King’s The Stand is coming to television. The long-rumored project, which has been through seemingly countless iterations for the last decade or so, finally has a home on CBS All Access. This is great news for King fans, as The Stand is one of his most seminal works, a towering opus about a superflu that wipes out 99 percent of the global population and the survivors who are psychically linked in the wake of the destruction. According to King, the story was inspired by Tolkien’s Lord of the Rings, only it’s set in America, and the “land of shadows” isn’t Mordor, but Las Vegas.

Even though I have a major soft spot for the 1994 TV miniseries version of The Stand, I’ve been hoping for a higher-quality update on the material for as long as this project has been rumored. I can’t wait to see what writer/director Josh Boone brings to the table. Knowing he’s a bonafide King fanatic gives me high hopes. But a lot of what will make The Stand—ahem—stand out is the cast. The original miniseries had everyone from Gary Sinise to Molly Ringwald to Rob Lowe. It’d be nice if the new version played against convention a bit, diversified a lot, and maybe had some fun with some of the key roles.

Because the list of Stand characters is huge, I selected a handful of standout characters for this fancast, which may not work for everyone, but hey – it’s my fever dream. 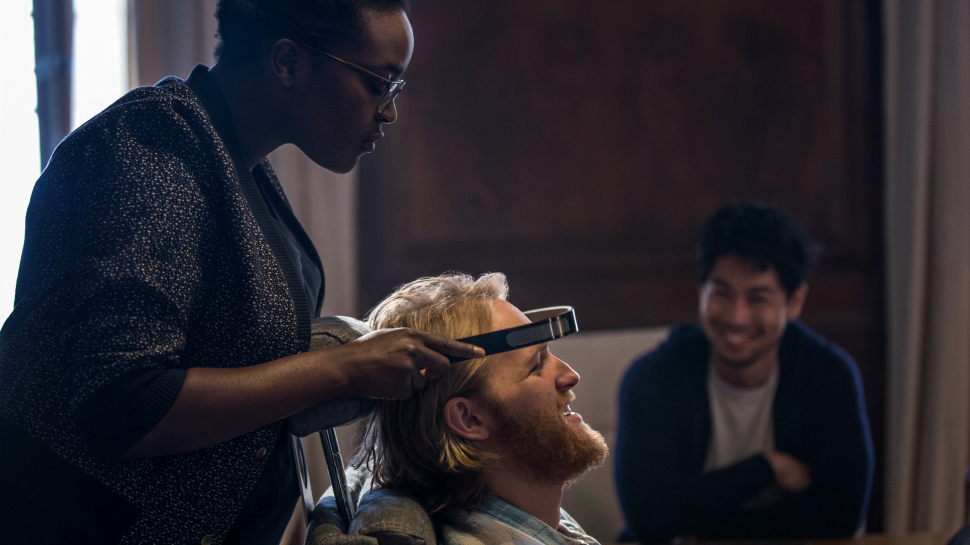 This may seem like silly casting, but hear me out. Wyatt is the son of Kurt Russell and has his father’s same inherent charm and all-American good looks. He also has a rugged quality that could make him a believable Texan like Stu, who is our ostensible “good guy” lead. Russell is better-known for comedy roles, but his impressive turn in Black Mirror‘s “Playtest” showed off a wild range of emotions from the actor, proving he can do the gritty work, too. Some fancasts tend to make Stu middle-aged, but the optics on that are weird, considering he falls in love with college student Frannie by the end of the book. At 32, Russell can capture both a youthful vitality and still feel old enough to center the story.

At 28, Harrier may seem a little old for the role of Frannie, who is meant to be in her early 20s. But she did recently play a high school student in Spider-Man: Homecoming, so it’s clear she can pull of Frannie’s youth, which is an important factor for her character, who is pregnant and will seemingly help usher in the next generation of humanity. Harrier was also great in BlacKkKlansman this year.

If you’ve seen A Simple Favor, you’ll know as well as I do that Golding has an impossible charm and an air of danger to his smolder. Flagg is the big bad of the book, a shapeshifting antichrist-like figure who is a thing of evil, and Golding has that ability to feel both transfixing (and handsome), but also like he’s in on a deep dark secret. He would have to keep his natural British accent for extra sultriness. 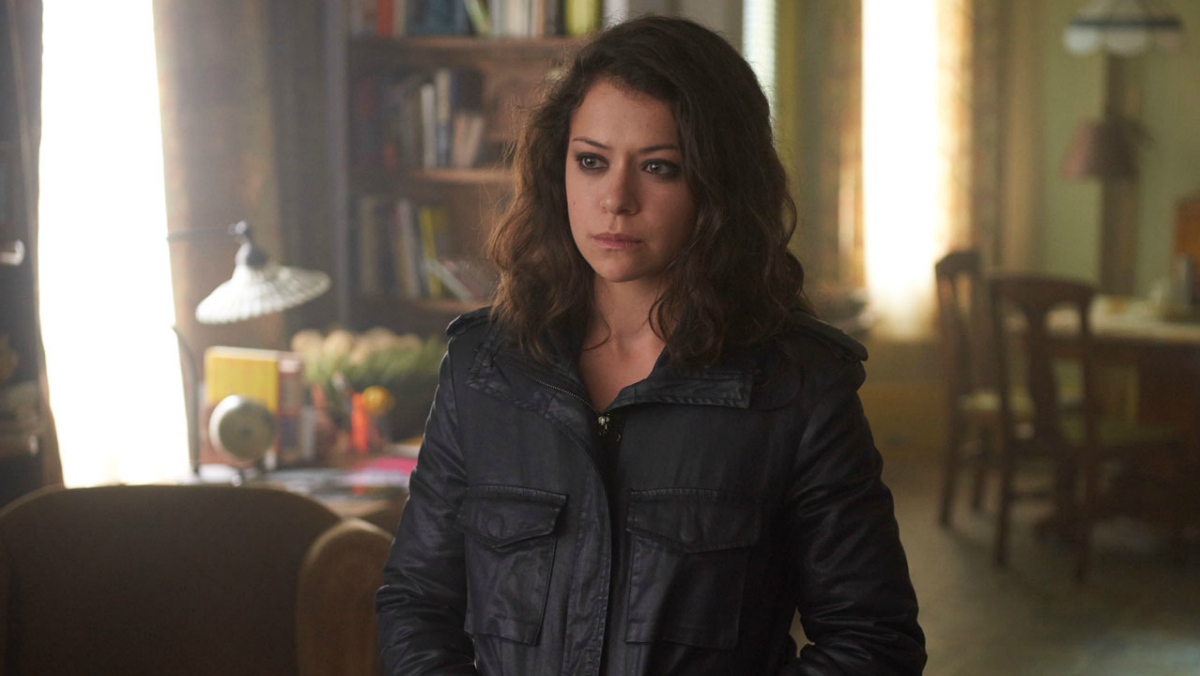 The Orphan Black actress has proved her versatility, and she has the Emmy to show for it! Nadine is a fascinating character; a schoolteacher who is saving her virginity because she has a “feeling” her womb is destined for something greater, she is lured into Flagg’s tangled web of evil. We’re used to seeing Maslany as tough, take-no-bull characters, so it’d be interesting to see what she did in a part that is more submissive, and to see what kind of layers she could add to Nadine.

Maybe I still have The Haunting of Hill House on the brain, but for whatever reason I can’t seem to get the actor who played Luke out of my head when I dream up possible Larrys. Maybe it’s the faded druggie thing, and I have no idea if Jackson-Cohen can sing, but he definitely has the stature and allure of a handsome rockstar.

White is best known for his role on Shameless as eldest brother Lip, and he’s a fantastic talent who is severely underrated. He also recently excellent on Homecoming, where he did a great job of showcasing both anger and his sensitivity. I imagine he’d do great things with the role of Nick, a deaf and mute character (played by Rob Lowe in the ’94 miniseries). His expressive eyes would be a great asset in the role. 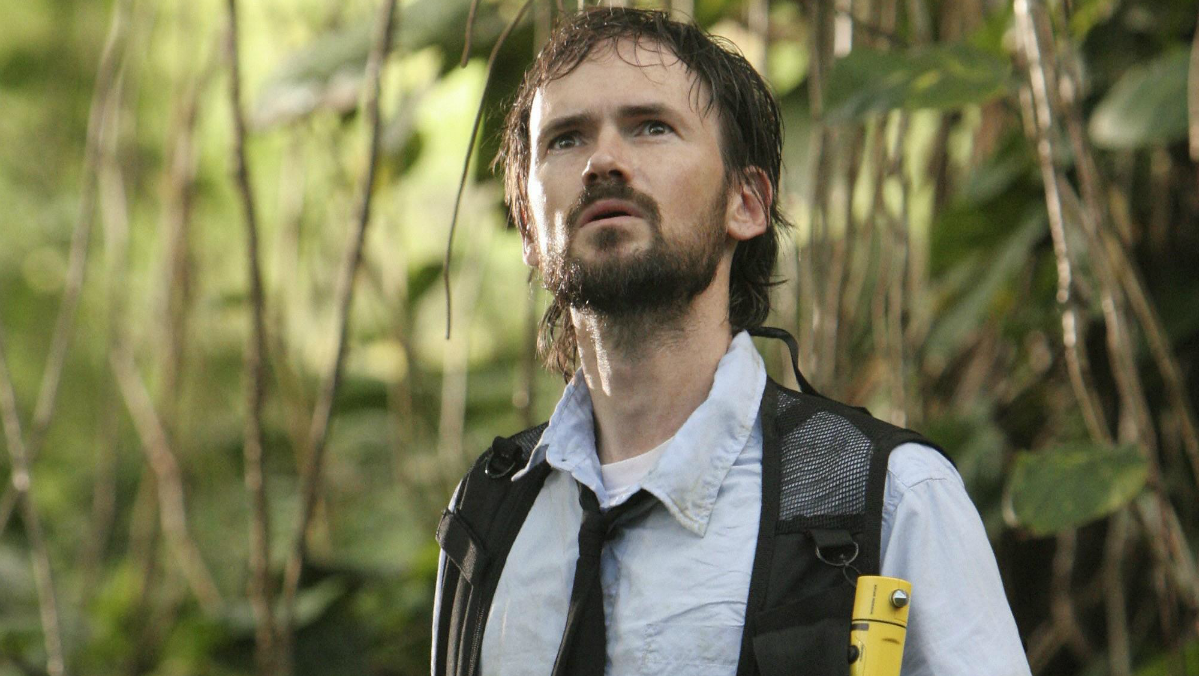 Jeremy Davies as The Trashcan Man

The eccentric pyromaniac and schizophrenic “Trashcan Man” is one of the more famous Stand characters, and getting him right in an adaptation is necessary. Why not Davies, who often plays anxious, strange characters? He already embodies that distinct off-ness that makes the Trashcan Man who he is, and he’s known for characters who walk the line between good and evil.

My mind keeps coming back to L. Scott Caldwell for the role of Mother Abagail, a prophet-like character who guides the good faction of the survivors to her home in Nebraska via their dreams. I know her best as Rose from Lost, a show that was inspired by The Stand, where she already played an Abagail-esque part. She’s got a great sense of humor and a lot of gravitas; I trust her to bring more to this role than what’s left to be desired on the page. That said, one of King’s more unfortunate habits is leaning into the trope of mystical older black figures put on Earth to help their white contacts; this is most apparent in this character. Whoever takes on the part in the miniseries, the role could use some reformatting to give Mother Abagail some agency and priority of her own.