The SNES Classic Edition is a Go, With the Unreleased Star Fox 2! - Nerdist

The SNES Classic Edition is a Go, With the Unreleased Star Fox 2!

Ever since the reveal of the NES Classic, old school gamers have guessed that Nintendo would eventually release a SNES Classic. We even predicted most of the titles back in April. Today, it’s official: the SNES Classic Edition is coming in September!

Nintendo has revealed that the SNES Classic will have 21 pre-installed games, including the unreleased Star Fox 2, which was also one of the titles that we called for in our previous coverage. Star Fox 2 was infamously finished in 1995 and then shelved as Nintendo geared up for the N64 launch. Various bootleg and fan modified ROMs have previously surfaced, but this will be the first official release of Star Fox 2. The rest of the games are also some of the best that the Super Nintendo has to offer: Contra III: The Alien Wars, Donkey Kong Country, EarthBound, Final Fantasy III, F-ZERO, Kirby Super Star, Kirby’s Dream Course, The Legend of Zelda: A Link to the Past, Mega Man X. Secret of Mana. Star Fox, Street Fighter II Turbo: Hyper Fighting, Super Castlevania IV, Super Ghouls ’n Ghosts, Super Mario Kart, Super Mario RPG: Legend of the Seven Stars, Super Mario World, Super Metroid, Super Punch-Out!!, and Yoshi’s Island. 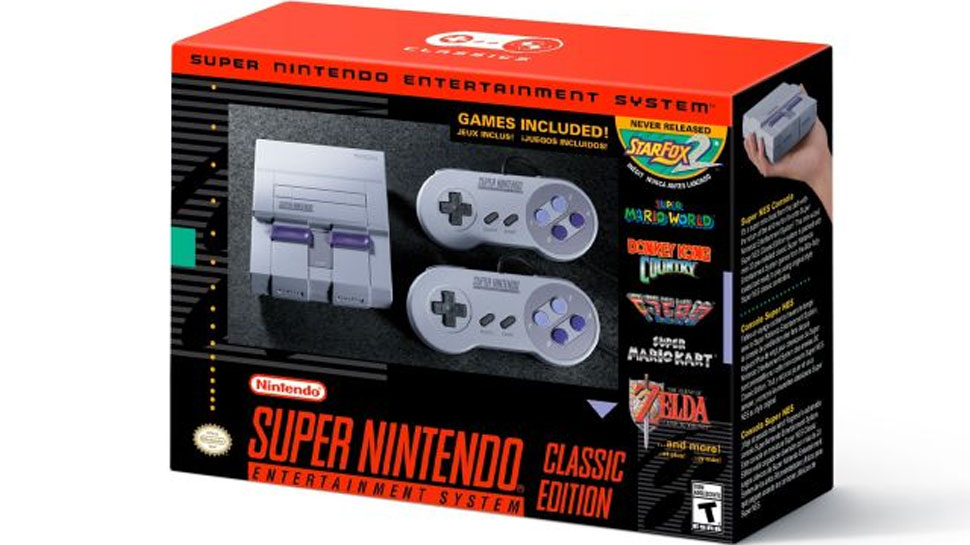 It is disappointing that Chrono Trigger, the Super Star Wars Trilogy, Teenage Mutant Ninja Turtles: Turtles in Time, and other favorites didn’t make the cut. There are also nine fewer games than the NES Classic had, with a higher price point at $79.99. There’s also no guarantee from Nintendo that the SNES Classic Edition will avoid the shortages that made the NES Classic ridiculously difficult to buy at its regular asking price. There was still a huge demand for the NES Classic when Nintendo stopped production earlier this year.

But that’s not going to stop us from picking up the SNES Classic. And this time, the package includes two controllers, which will come in handy with the multiplayer games. We’ll definitely be in line to pick up the SNES Classic when it hits on September 29th.

Are you excited about the SNES Classic’s lineup of games? Let us know in the comment section below!