THE SIMPSONS Reimagined as a British Family - Nerdist

THE SIMPSONS Reimagined as a British Family

For more than three decades, The Simpsons have been the quintessential American family. Loving but slightly dysfunctional, Springfield’s most famous residents have always struggled financially. Homer has supplemented his meager income with a never-ending series of odd jobs. If you tried to move them out of the USA it just wouldn’t be the same show. Especially if you sent them across the pond to the United Kingdom. That’s what a fantastic new animated short proves. It shows why a British version of The Simpsons would not run for 32 years and counting.

But not because all British shows only last 11 episodes total. “The Simptsons” would end quickly for a much darker reason.

This delightful animated short (which we first learned about at Laughing Squid) comes from comedian Alasdair Beckett-King. He reimagined Fox’s iconic family as some right jolly good chaps. This version of the Simpsons family looks a little (a lot?) worse for the wear. Especially young Bartholomew. He seems to be in his mid-40s. The kitchen in the family’s loft also features a much drabber version of the actual show’s color scheme. Springfield looks like a paradise in comparison.

But many of the show’s most famous catchphrases are here. Only, they’ve been processed through the Queen’s English. Bart says, “Do not have a cow, father.” That leads to the short’s best joke, as Homer says they no longer have a cow. 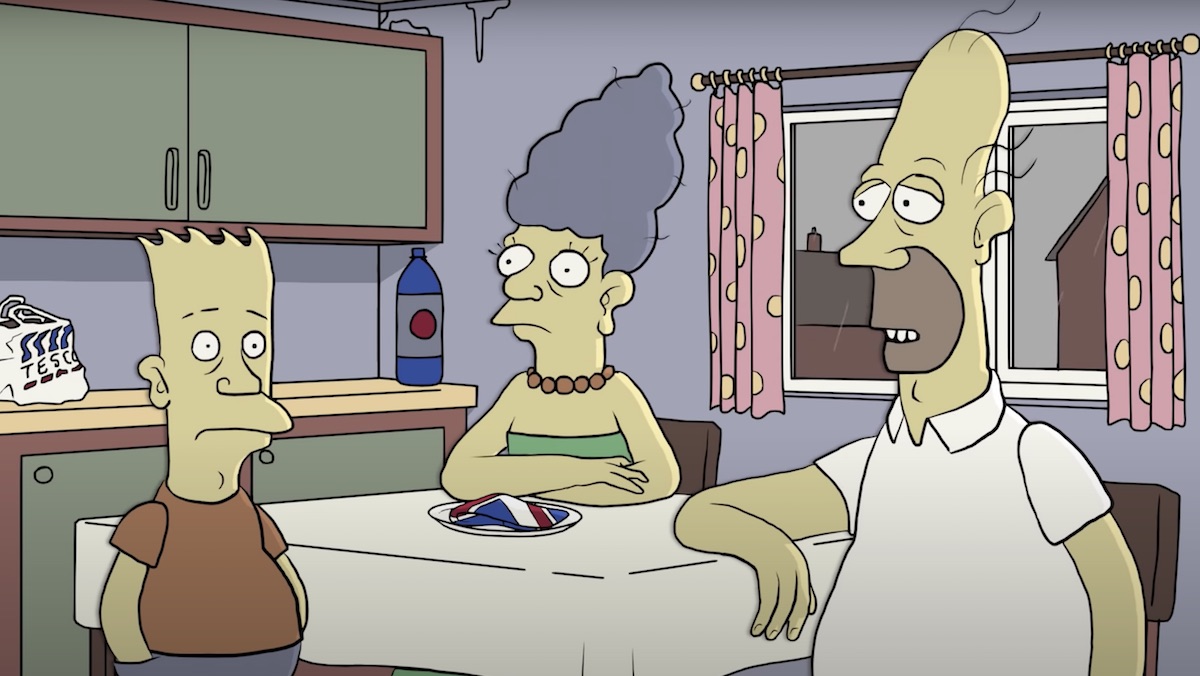 Unfortunately things take a bleak turn soon after. Margaery realizes Bartholomew has bested his American counterpart by stealing the head of a Winston Churchill statue. In a rage, Homer leaps to his feet and yells, “Why you diminutive–” before choking Bart to death. Yes, to death.

Sure, it’s beyond weird a beloved American institution has long featured casual child abuse. But at least American Homer has never actually murdered Bart. If he had, The Simpsons really would have lasted 30 seconds instead of 30 years.

TAGGED: The United Kingdom, The Simpsons