THE MANDALORIAN Gets His Own Ronin-Style Figure - Nerdist

THE MANDALORIAN Gets His Own Ronin-Style Figure

The Mandalorian might care for a small green alien child, but he answers to no man. Not even Werner Herzog. Din Djarin crosses the galaxy far, far away doing what he wants, when he wants, how he wants. As for us, what we want is as much merch as we can get for Star Wars’ first-ever live-action series. Well this year Lucasfilm is giving us all our wallets can handle, with “ Mando Mondays.” And the first day of the season two product celebration includes a crossover figure that honors the independent spirit of the show’s titular character, with Bandai’s stunning new Ronin Mandalorian. 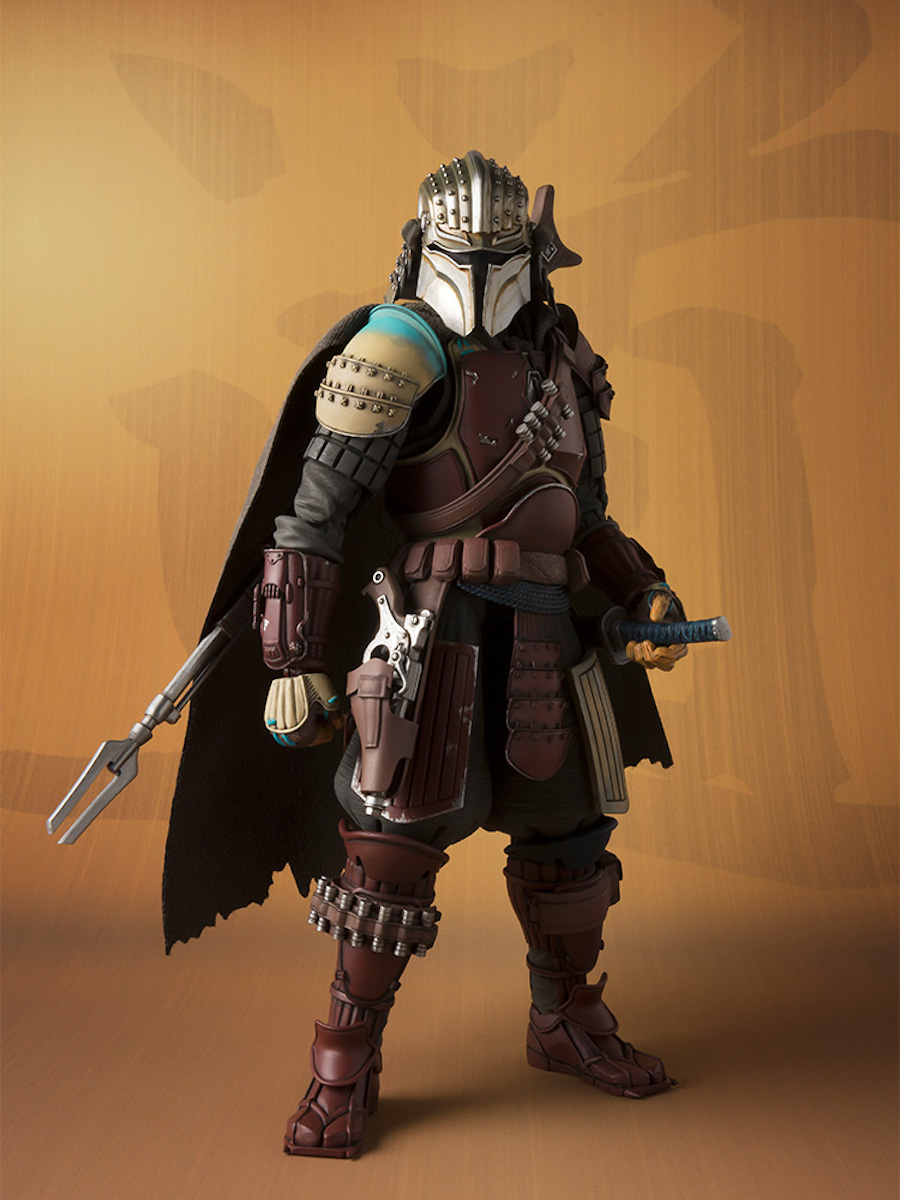 Bandai and the collectible brand Tamashii Nations have announced the newest addition to their Meisho Movie Realization series. Styled by Takayuki Takeya, this detailed figure is an homage to the masterless samurai known as a ronins. The fantastic collectible represents the first-edition armor seen on the show. It’s also the first figure in the lineup that includes a cloth cape, and features “weathering and brushing applied to his armor plating” to reflect his many battles.

The 170mm (roughly 6.7-inch) Meisho Ronin Mando includes four pairs of hands, his signature rifle and blaster, as well as a sword and sheath. The limited-run figure will only be available while supplies last. You can pre-order yours now ($100). It’s expected to ship early next year, some time in March. Those who purchase one on Premium Bandai USA will also get a 15% off coupon they can use at BluefinBrands.com for a Star Wars Meisho figure. They will also receive a free Star Wars Meisho collectible pin. This bonus offer is valid until November 24, or until they sell out. 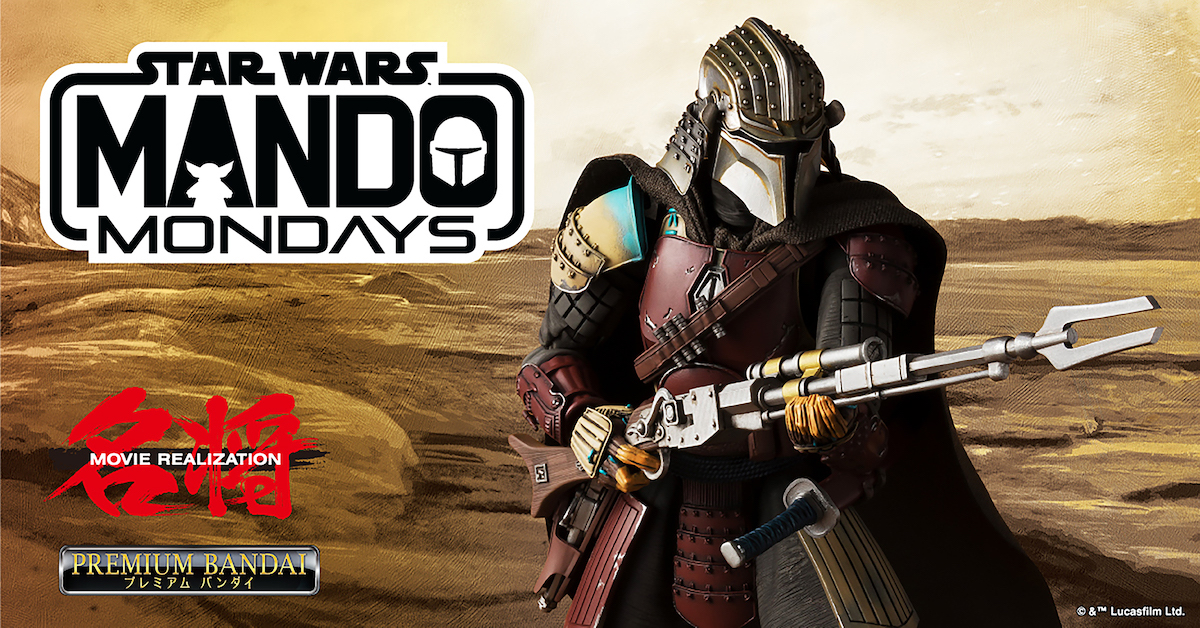 It’s fitting Mando, who answers to no one, has his own ronin samurai-style figure. But hopefully next Monday we will also learn about him getting his very own  Lone Wolf and Cub-style traveling mate.