How THE MANDALORIAN Could Finish STAR WARS REBELS' Story - Nerdist

How THE MANDALORIAN Could Finish STAR WARS REBELS’ Story

Din Djarin is on a mission to reunite The Child with his “own kind.” That’s no easy task. Baby Yoda belongs to “an order of sorcerers” known as Jedi. There aren’t many around during The Mandalorian‘s time period. And few in the universe seem to remember those guardians of peace after Darth Vader and Palpatine nearly hunted them into extinction. But Luke Skywalker isn’t the only important Jedi left in the galaxy far, far away. The Mandalorian‘s second season could join the search for another major Jedi from Star Wars‘ past. It’s a search that would connect the live-action series to the animated series Star Wars Rebels. Mando could ultimately be the one to find Ezra Bridger.

The latest Mandalorian trailer offered new insight into what we can expect from the show’s sophomore season. “If I can locate other Mandalorians, they can guide me,” Din says. He doesn’t know anything about the Jedi, let alone how to find them. But he can locate his own kind, so he’s going to seek out Mandalorians who have experience with the Jedi. Two very important characters from Star Wars could do help him. And there’s good reason to expect both of them to play a role on the show.

The first is The Clone Wars and Rebels‘ Bo-Katan Kryze, who interacted with Jedi on both shows. In her last appearance she took the Darksaber and became the ruler of Mandalore. Katee Sackhoff, who voiced Bo-Katan, is expected to reprise the role on The Mandalorian. Lucasfilm has not confirmed Sackhoff’s casting, but sources say she will appear in season two. Even before those reports, Moff Gideon’s possession of the Darksaber strongly suggested Krzye will appear on the series at some point. 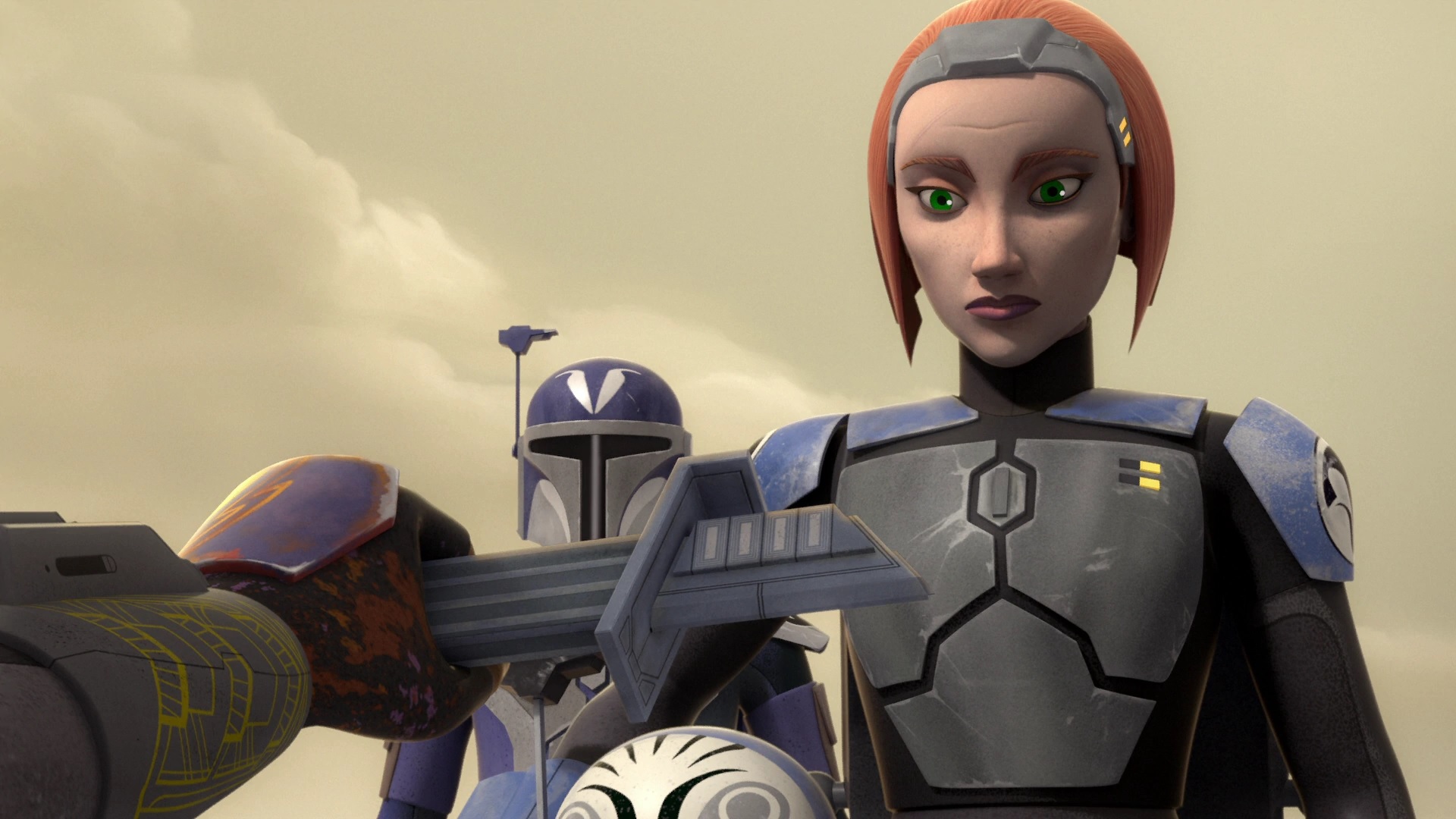 Din might not even have to find Krzye himself. In her search for the Darksaber and Moff Gideon—who is hunting The Child—she could easily cross paths with her fellow Mandalorian. If they do she could point Mando to people who know a lot more about the Jedi. One of them is another character reportedly ready to make the move to live-action: Ahsoka Tano.

The most important animated character in Star Wars history is also expected to appear in the upcoming season. Lucasfilm has not confirmed Ahsoka’s appearance either, but multiple reports say Rosario Dawson will bring the character to live-action. Unfortunately for Mando that likely won’t be the end of his search. Despite her time in the order and her personal commitment to the best ideals of being a Jedi, Ahsoka does not consider herself one any longer. She seems unlikely to be the person Din hands The Child over too, since Ahsoka isn’t technically Baby Yoda’s “kind” anymore. But she, along with another famous Mandalorian, happens to also be looking for a great Jedi. 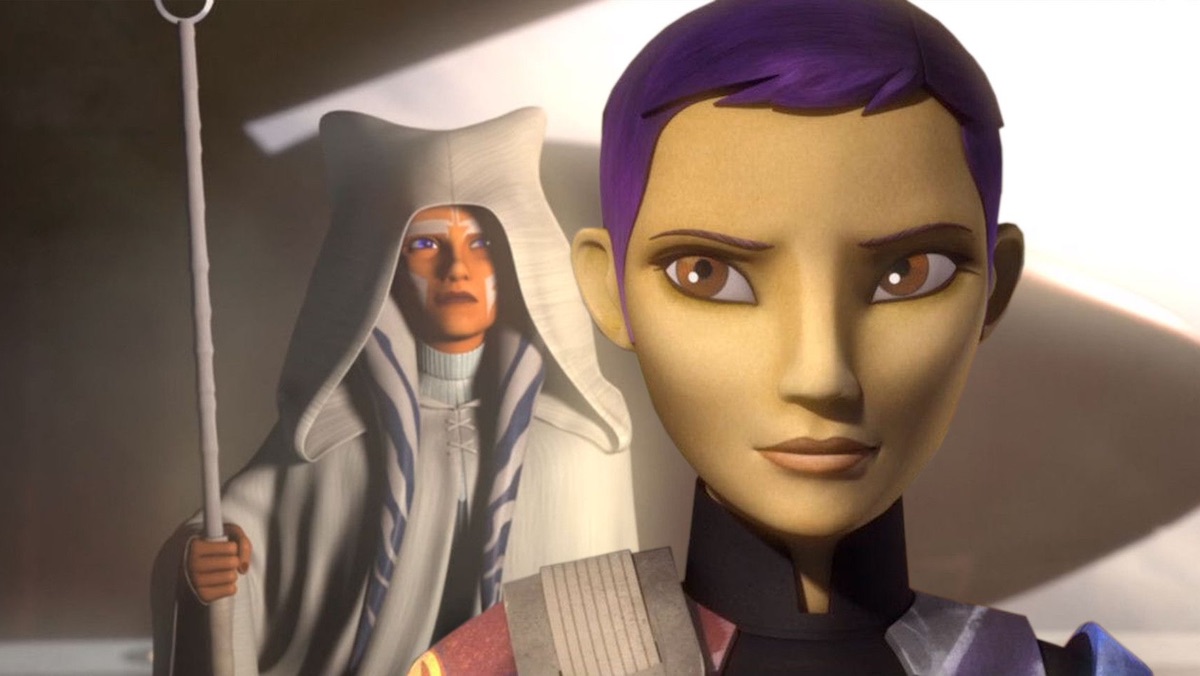 Rebels‘ series finale ended with Ahsoka joining famed Mandalorian Sabine Wren on a quest to find the missing Jedi Ezra Bridger. The last anyone saw of him (outside of a recording) was when he vanished deep into an unknown location in the galaxy along with Thrawn. Din, Ahsoka, and Sabine all have the same mission, even if they don’t know it yet.

Ezra Bridger’s whereabouts and fate is arguably the greatest mystery in Star Wars right now. Mando’s quest to leave Baby Yoda with a Jedi could ultimately give fans the answers they are seeking about Ezra. And do so in a way that would have huge ramifications for both the characters and the franchise.

It would tie the live-action show to both animated series. (Dave Filoni, who also works on The Mandalorian, created both.) Ezra would also get a chance to continue the great Jedi tradition of training his own Padawan, the same way he was trained by Kanan Jarrus. And his student, who could live for another 850 years, could bring Star Wars far into the future, to a period where all new stories could be told while still having a connection to the era of the Skywalker Family Saga. 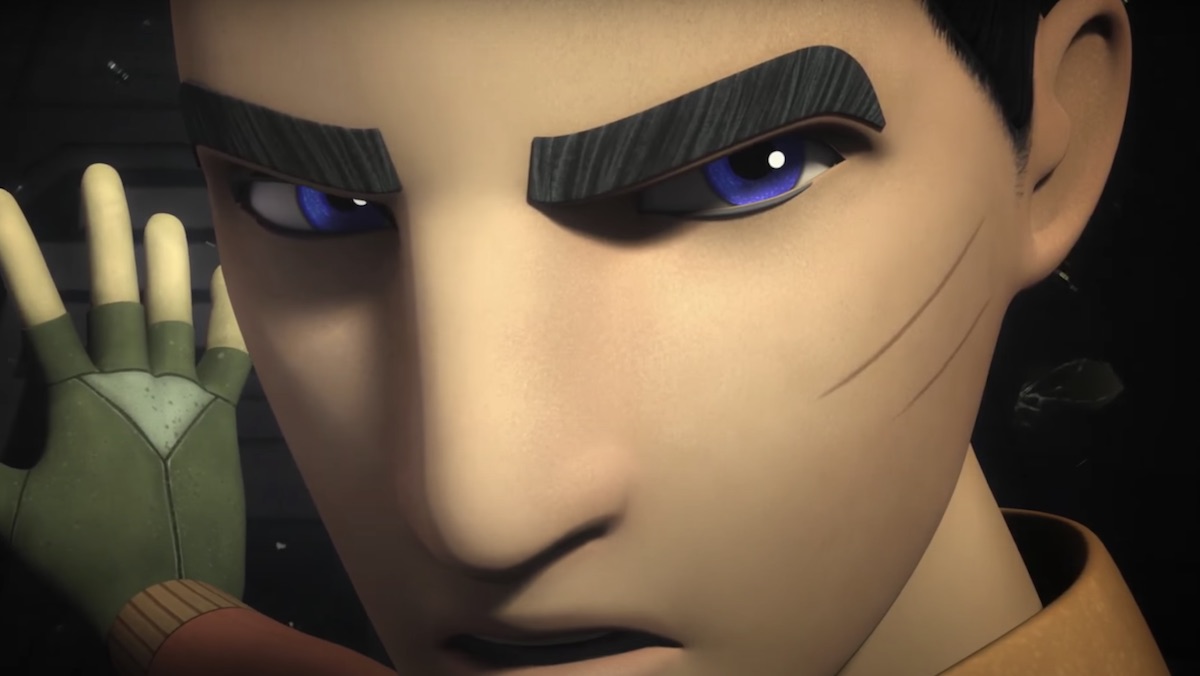 And it’s not like The Mandalorian has to rush to find Ezra either. The show’s eight-episode seasons, which include many standalone adventures, means it can take its time even joining the search for Ezra. Season two might focus on Mando finding the people he needs to even begin his Jedi search.

That might be the best part about this theory. We want to find Ezra Bridger as much as his friends. And the show might finally bring him back and give us closure. But we’re in no rush for The Mandalorian to end.