What happens when The Mandalorian meets Minecraft? A cute and very square version of The Child, of course. As i09 reports, Disney and Lucasfilm are partnering with Mojang Studios and 4J Studios to bring Star Wars’ latest hit series to the blocky Minecraft universe. The Minecraft Star Wars DLC package will include dozens of new character skins, locations, planets, and much more. The original movie trilogy will also be a part of the special package.

It’s all exciting news but we know who the fans really want to see. The trailer gives everyone a glimpse of Baby Yoda along with other beloved characters like Chewie and Mando himself. Players will get to re-create their favorite scenes from The Mandalorian and the original trilogy of Star Wars movies or even make their own adventures.

Lucasfilm Games senior producer Orion Kellogg spoke to StarWars.com about the fun partnership. Kellogg promises that this will still feel very much like Minecraft while adding a large amount of new content to help players immerse themselves into Star Wars’ expansive universe.

“The game plays and acts like Minecraft, but feels like stepping into a galaxy far, far away…complete with loads of Star Wars blocks to build with and Imperial creeps to fight off,” says Kellogg. “Not only that, the mash-up offers flyable starfighters and hyperspace fast-travel between multiple worlds for the very first time ever in Minecraft. The end result is a dizzying amount of content where you can adventure in locations from all three original trilogy films plus The Mandalorian. It’s a seamless Minecraft experience where your wildest Star Wars fantasies can come true.” 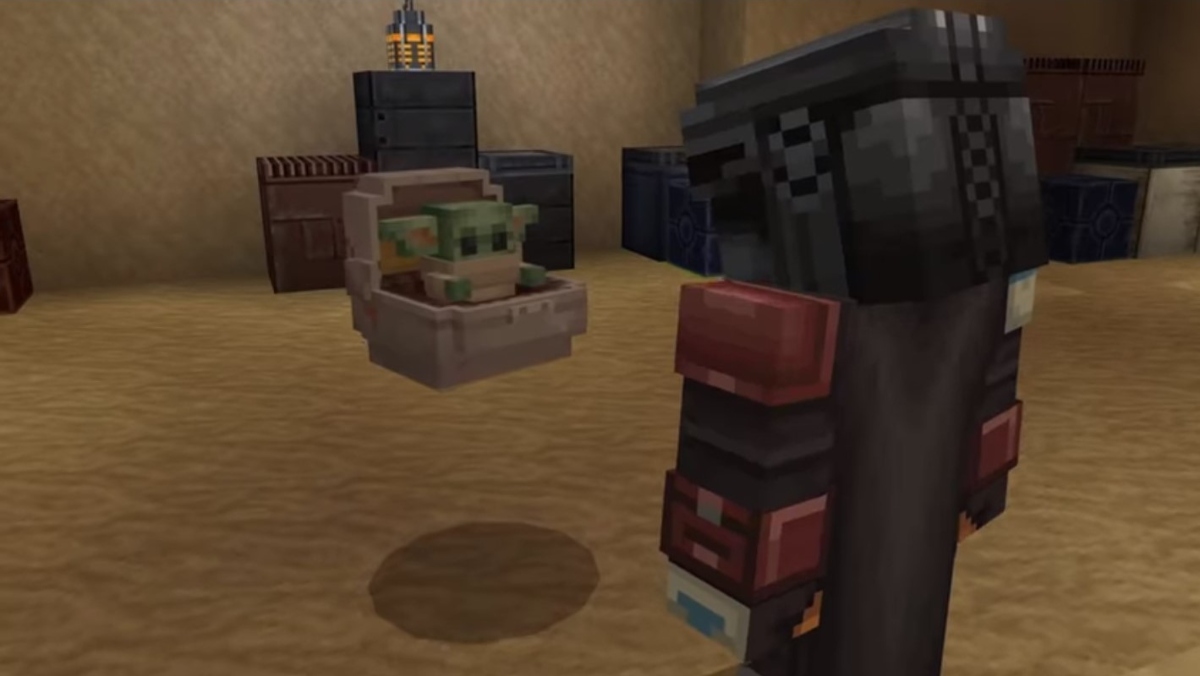 Developer David Keningale also talked about game specifics, including a mission where players can rescue Baby Yoda from mercenaries. What happens next? A beautiful parent-child relationship, that’s what. The Minecraft Star Wars DLC is available now, so gather your Minecoins and get ready to become a hero.