Right now, we’ve all gone a bit wild for all things The Mandalorian. Case in point, custom action figure creator Nick Lavallee of the Wicked Joyful website, which we’ve discovered via Geeks Are Sexy. His retro action figures will definitely put a smile on the faces of anyone who grew up in the ’80s and ’90s. And for his latest creation, he’s brought together Mando and Baby Yoda with the world of Masters of the Universe. The result is “He-Mandalorian” and his little buddy as Orko. 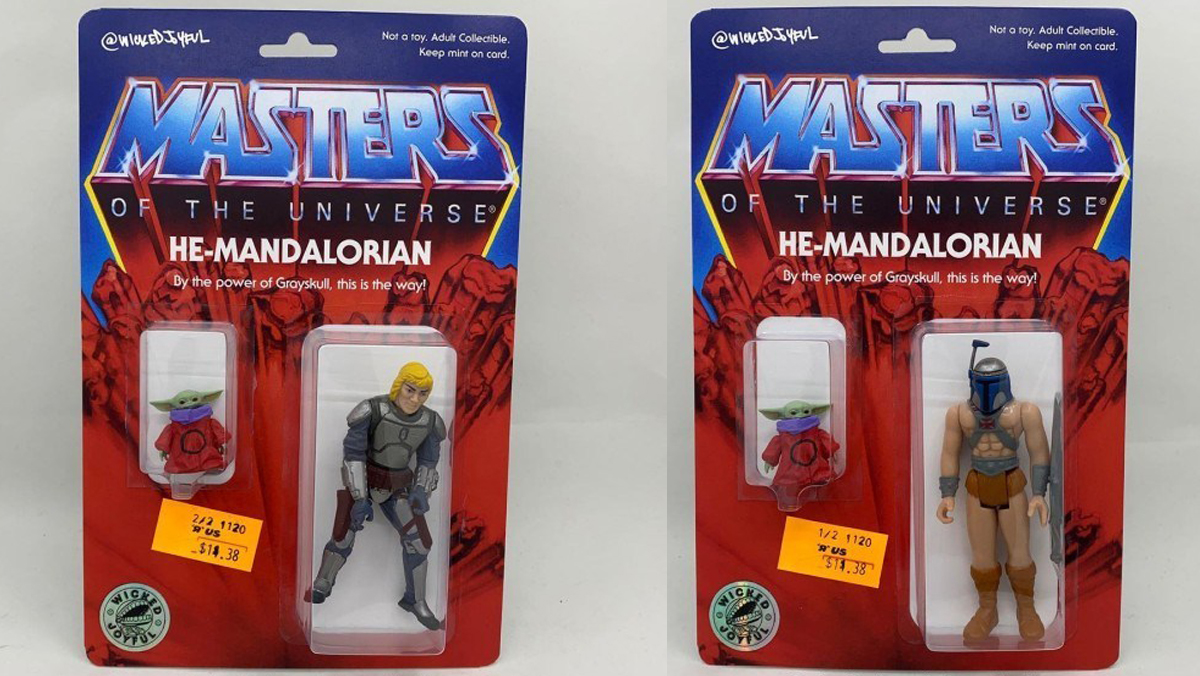 So why go with this Mando-Masters mashup for his newest figure? In a statement, Lavallee said, “I’ve made a couple mash-up action figures, Kurt CoBANE and recently a Jay-Z and Billy Corgan one, but I don’t think there’s anything quite as exciting as Mando and the Master of Eternia becoming one perfect entity. I’ve been collecting the original He-Man line since I was 7 and Mandalorian is one of my favorite things at the moment, so I’m super happy to see others are responding so positively to this one. Stay joyful!”

Wicked Joyful also has several other fantastic figures in their line-up, including a “Stah Wahs” figure featuring The Mandalorian season one guest star Bill Burr, whose character proved that Boston accents in space are indeed a thing that exists.

The late, great Peter Mayhew also gets some love with this figure, which finally shows his real face outside his Chewie mask. Long overdue if you ask us.

“WAP” proved that Megan Thee Stallion is a true superhero. So it’s only fitting the she receive a proper action figure all her own.

And maybe the most 2020 one of all, there’s even a Tiger King inspired action figure. Because why not?

To check out more of Wicked Joyful’s wonderful creations, be sure to head on over to their website, as well as their Instagram. And if you want an in-depth look into their process, be sure to watch this local news report all about Wicked Joyful. You might catch a glimpse of some custom A Marriage Story action figures. How can you say no to that?

TAGGED: Action Figures, He-Man, He-Man and the Masters of the Universe, Star Wars, the 1980s, The Mandalorian