THE MAGICIANS Season 2 Finale: Where One Apocalypse Ends Another Begins - Nerdist

THE MAGICIANS Season 2 Finale: Where One Apocalypse Ends Another Begins

Warning: the following recap contains spoilers from Wednesdayâ€™s episode of The Magicians, “It Begins.” It is a recap, after all! Donâ€™t say we didnâ€™t warn you â€¦

Another season of The Magicians has come and gone, and thank Ember and Umber that Syfy has already greenlit the series for season three. Because if it allÂ ended with the season two finale, I would riot. Like, full-scale, world-ending riotâ€”Ember ain’t got nothin’ on me. But we’ve got a whole new season coming next year, so there’s no need for yet another apocalypse on top of the one our favorite magicians stopped, or the new magical one they accidentally caused. So without further ado, let’s get to recapping the season two finale!Just like with last season’s finale, this week’s hour, “It Begins,” kicked offÂ with a high-concept structure. Whereas Quentin got to narrate last year’s finale like a Fillory and Further book, it was god of Fillory Ember who got to host the narration this time around, shining a little bit more light on why he made the world the way he did â€¦and why he’s so intent on killing it. It ceased to be entertaining for the chaos-loving god, so the magical world isÂ officially on its way out. 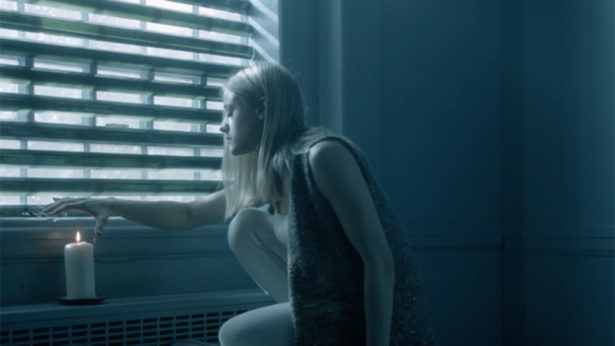 That’s where our plucky magicians came into the picture. Determined to save Fillory, Eliot, Margo, Quentin, and Julia worked together to come up with a plan to save magic, the world, and themselves by pitting Ember and Umber against each other. When Ember angrily killed his brother after learning he didn’t actually die battling the Beast and made a deal to save his own life, Julia used the energy given off by the god’s death to make a god killing sword for Quentin to use to stab and kill Ember. Two birds, one stone, right? With both gods dead and gone, Fillory was now safe from Ember’sÂ apocalypse. SoÂ that meant the Great Blank Spot was fixed, right?Not quite.You see, there are consequences to killing godsâ€”just like Persephone tried to warn Julia about last week. Because gods have parents, who are responsible for the creation of magic itself and thus, can shut it off when people misuse it. So when Quentin killed Ember, he set The Great Blank Spot in motion. The Plumber of the gods shut off magic everywhere. In Brakebills, in Brakebills South, in the Library, in Fillory. Everywhere. No wonder everyone’s books in the Library ended in 20 blank pages, there was no magic to record what happened.That’s when the finale jumped ahead to two months later, to a time where everyone was still learning how to get by in this new, magic-less world. It was bleak, dark, and depressing, to be honest. All over the world, people were desperate for any kind of magical surge, any reemergence or a spark. But it was no use: magic was gone. Even creatures who drew on the power of the Wellspring like niffins were dying. Friar Joseph came to give Alice a heads up before he died, though, warning her that one of the enemies she made as a niffin was looking for her. The lamprey wanted revenge for somethingÂ she did to its family, and it knows exactly where she is and that she’s weak. She tore off running, and that’s the last we saw of her this season. 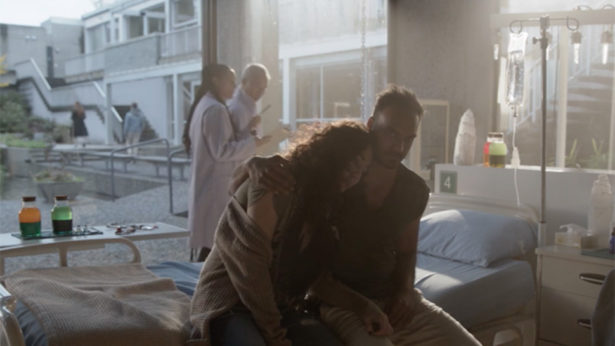 And in Fillory, while Margo and Eliot were arguing over how best to rule their new magic-less world, Fen reappeared after giving the fairies her toes to warn Eliot that the fairies were coming. Except they were already there, in attack formation outside and inside the castle. What were they after? And why did they want Eliot and Fen’s baby daughter so bad?But perhaps there is still a glimmer of hope going into season three amongst all this gloom and doom. Back in NYC, Julia found Quentin to let him know that she quit law school (again) because she started to get actual magic sparks. Magic isn’t dead after all! And of course Julia is the one who can bring it back. This girl finally gets some good in her life after everything she went through. It couldn’t be more deserved.And that’s a wrap on season two! The stakes have never been higher, and all our heroes have never been more splintered. I really want to see all the magicians come back together next season, although I don’t see that happening anytime soon as they’re all dealing with their own personal problems. 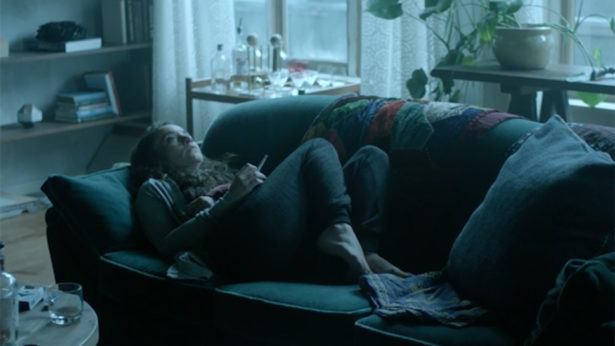 – During all this chaos, Kady and Penny tried to make their grand escape to Tahiti and enjoy Penny’s last weeks of life left, but the Librarians didn’t let Penny out of his contract even facing certain death. So Kady was sent back to Brakebills South and Penny is still dying, but in the care of the Librarians. This sucks, man.- Remember in the season premiere when Quentin foundÂ the candy witch in the forest and gave her his blood?Â “Don’t worry, that will pay off,” Ember promised quite ominously in his narration.- Things Ember did and was quite proud of: stole from the River Watcher so he’d be angry when Penny didn’t pay him; hid the Wellspring ball in plain sight; made the rainbow bridge bloom; made Fen ovulate on the right day so she’d become pregnant,Â leading to the deal with the fairies and repeatedly broke the filtration system so the Wellspring would be unpredictable and “fun” (meaning all those pesky brownouts were actually just Ember fucking with the Wellspring more); cultivated massive sudden climate changes killing off entire species of wildlife; turned people into rats; birthed babies without mouths. Heck, evenÂ the Great Blank Spot that’s been freaking out the Order of the Librarians was Ember’s doing. Ember’s idea of entertainment has been killing Fillory, and this was his opus. Holy shit. As much as I feel bad for him and his brother getting killed, they both kind of deserved it for all the trouble they caused and lives they ruined. 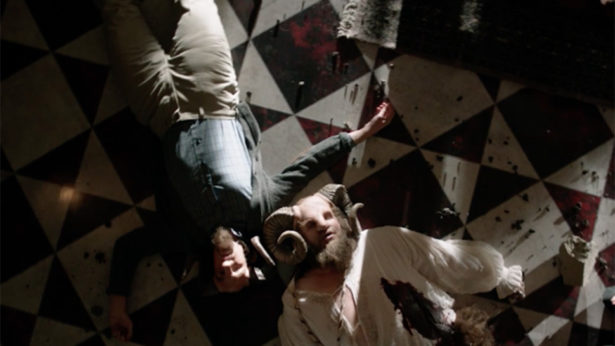 – Kady made a deal with HarrietÂ to somehow save Penny’s life but also use him as a mole inside the Library without his knowledge. It’s a move that makes her kind of a shitty girlfriend but also one that might saveÂ his life, so it balances out? Kind of? But what’s her game plan here? That’s going to have to wait until next season.- Quentin and Alice are back together! Kind of! She’s slowly getting back into the life of being a human, and that meant sleeping with Quentin. But considering that she’s now on the run from an enemy, her relationship with Q will have to wait. 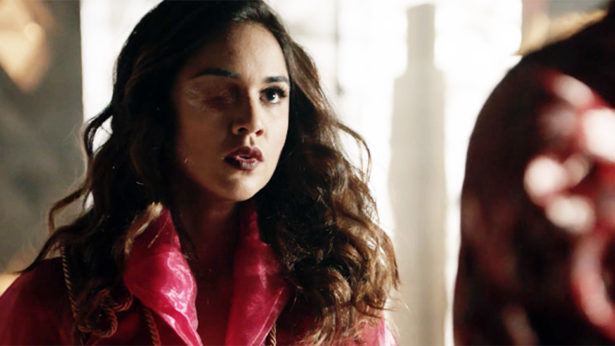 Ember, narrating the “previously on” segment: Hello glorious audience. It is I, Ember, God of Fillory. Feel free to bow and grovel. I’ll wait. Aw, but I’ve got so much to tell you. I, with minor help from my brother Umber â€“ RIP â€“ created a world intricate as filigree. And that is what I called it. Except, I was a bit drunk so â€¦ Fillory.Ember: The danger of sublimated trauma is a major theme in our story.Penny: I take that to mean I’m improving?Professor Lipson: Well, your skin’s healing. Obviously your lungs are, to use a technical term, f-ked.Kady: I don’t want you to die.Penny: Of course not. I’m the best lay of your life.Kady: Shut up.Eliot: What do you say? Want to put some pants on and save all of magic?Eliot, enlisting Quentin: We have a plan, but we need someone who speaks fluent fanboy. 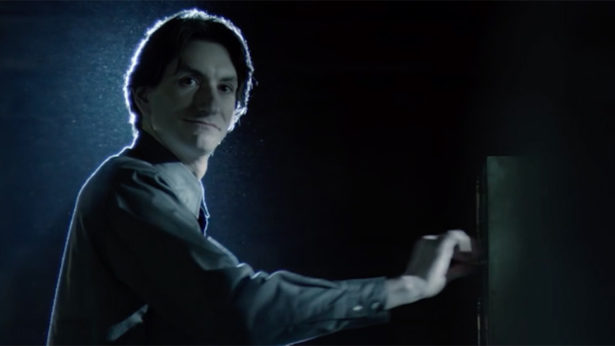 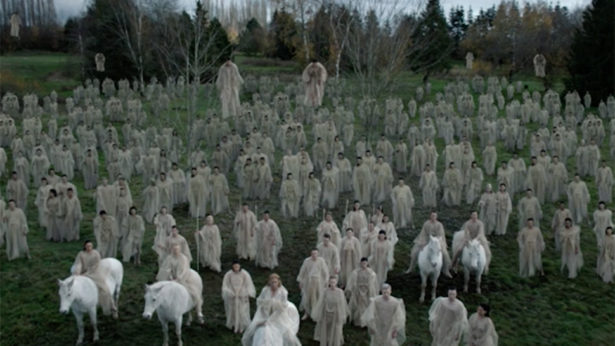 Ember: Didn’t I banish you?Eliot: Yes, you did, but â€¦Ember: I love it. A genuine twist. A true surprise. When was the last time that happened around here?Eliot: Q, I think you just saved the whole world.Eliot: We are officially a land of godless heathens, making today the first day of our societal adulthood. I for one am slightly terrified and equally excited and trying not to break into Hamilton.Alice, upon learning that Quentin killed Ember: Gods like Ember have parents, you idiot!Quentin: Welcome to the new normal, you know, because I killed all of magic f-king everywhere.Julia: Sorry, that was definitely a two-hander. I’ll definitely be burning in hell right next to you, but hey, at least we’ll have each other.What did you think of the season two finale ofÂ The Magicians? Where do you think we’re headed for next season? Tweet me and letâ€™s chat all things season two at @SydneyBucksbaum!