The Lovecraftian Mystery In Volo's Guide to Monsters - Nerdist

Anyone who’s been doing a close read of Volo’s Guide to Monsters might have noticed a little Lovecraftian plot hook on page 189. Presented here is the story of the Purple Rocks, an island chain off the coast of Neverwinter. This is clearly more than a passing reference to Lovecraft’s “The Shadow Over Innsmouth” one of his most popular stories and the only one to be published as a book in his lifetime (in 1936).

The Purple Rocks and Innsmouth are both stories of seaside towns that are secretly corrupted by a strange undersea menace. If you like Lovecraft, Call of Cthulhu, or just conspiracy driven adventures, this is a great little setting for a few game sessions. Let’s look at some of the options you might have when pitting your party against a piscine menace and let Volos be our guide.

WARNING: The Purple Rocks, while clearly a love story to Innsmouth, are also part of a longstanding “Kraken Society” storyline that has existed since the “Savage Frontier” Forgotten Realms sourcebook in 1988. This story, and the Kraken in question (“Slarkrethel”) are continued in part by the Storm Kings Thunder hardcover adventure published earlier this year. If you plan to run that adventure, a homebrew Purple Rocks story may not be a great idea. If not, or if you feel like you can do both, read on… 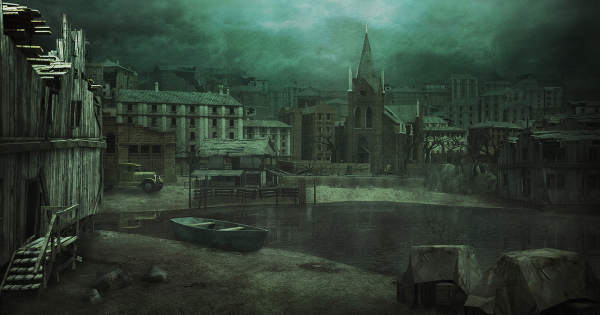 For a Purple Rocks adventure we first need to understand the setting. Borrowing from their description in Storm King’s Thunder we learn that there are two sizable inhabited islands about 100 miles apart. They are Utherall, with its settlement Vilkstead, to the east and and Trisk, with its village called Ulf of Thuger, to the west. The whole island chain is about 800 miles from the mainland, although there are some settled islands about halfway in between.

Both settlements are fairly common examples of seaside villages in the realms, with a general store and some shipwrights. Anyone who has lived or traveled through New England will probably get a sense of the grey wood and saltwater battered rocks of such a location. Here’s an image of an island town I once lived in off the coast of Maine that you could age-up to fit the setting: 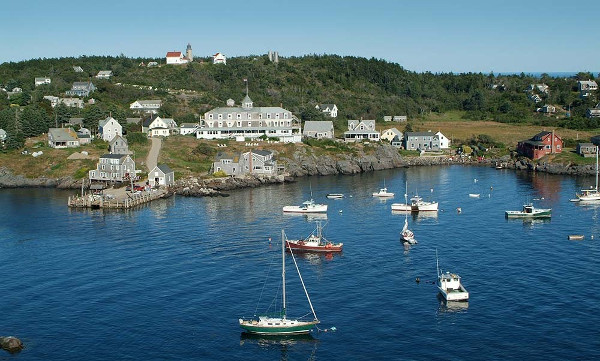 The real difference between these towns and any other Faerunian port is that the citizens are all under the sway of a Kraken living deep off the coast. They are all in fact Sea Spawn (a monster found in Volo’s Guide) who currently look like regular humans, elves, dwarves, and the rest. As they get older, they start exhibiting more and more fish like qualities, and when they are old enough, they return to the sea to serve Slarkrathel directly. The population of the islands throw their children into the sea to be claimed by the Kraken and converted. Later, they return as young adults and slowly transform. Thus there are no young children or elderly folks on the island. Suspicious! 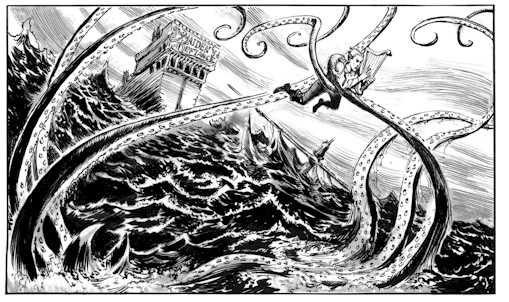 You can describe the Purple Rock citizens as having an odd look about them, maybe a slight shamble to their walk. Be careful not to describe them so monstrously that you have the party readying their weapons immediately. You want to draw this out. Lovecraft described “That Innsmouth look” as “narrow heads with flat noses and bulgy, stary eyes.” If you imagine the end result would be something like the crew of the Flying Dutchman from Pirates of the Caribbean: Dead Man’s Chest, then you can sneak in little references to their incumbent transformation.

So what is the actual adventure? Well first you need to find a reason for your party to visit the Purple Rocks. Perhaps they have business at another island and a storm forces them to take shelter in one of the ports. You could also have someone on the mainland send them directly to the islands in search of another person who visited and went missing. Regardless, once the party takes up a residence in the local boarding house, you just have to turn up the creepiness. 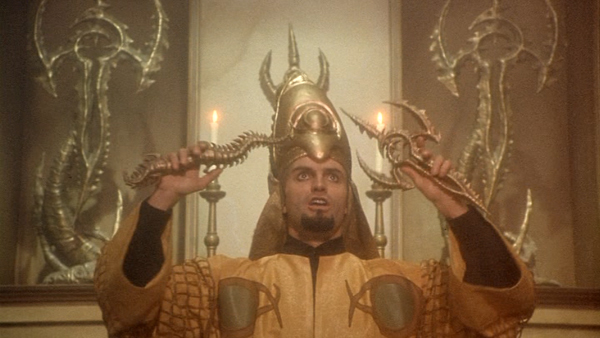 According to Volo’s, the island’s Kraken worship is led by Kraken Priests (whose stats are provided in Volo’s NPC section) so you might want to introduce them as “kindly” local clerics who visit with the party once they are in town. Kelp tea anyone?  Perhaps they ask them to take in a service at the local temple. In Innsmouth, this faith was the “Esoteric Order of Dagon,” but you probably want a more D&D-esque name and one that doesn’t give away the plot. Perhaps they worship Umberlee but with strange rituals. You could also have them worship “The Sea” or the “Voice Beneath the Waves” or something else non-specific.

Once the party starts asking questions, you can start upping the tension. They wake to find their ship sabotaged in the night (so they can’t reach the mainland for help) or they are attacked randomly on the street. You can introduce a few other “off islanders” that have similar suspicions only to reveal one or more of them are Deep Scions, another slightly more powerful monster sent by Krakens to infiltrate humans (also in Volo’s). Either way, there is something afoot and the party might be in serious danger.

Once things really pop off, you might want to have most of the townsfolk transform directly into Sea Spawn and start stalking the party through the streets. They have a relatively low challenge level but will be a major problem in groups. Support them with Kraken Priests (who the party might still think are actually some of the good guys) and force the party to fight their way out. 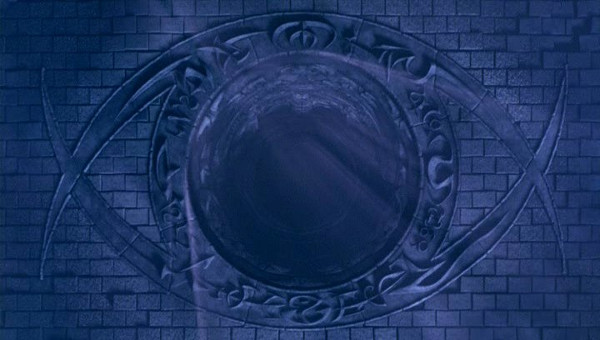 Once the mystery of the odd behavior is solved, the party has to decide if they will (or can) stop the infestation here or just flee back to the ocean to try and escape. If you’ve only set this adventure in one town, they could try and sail to the other in the chain only to find it similarly infested. Or maybe they will make tracks (400 miles) for the island of Gunderlan and the safety of the fortified port of Gundbarg. This will not be a calm sea journey.

If the party is strong enough to fight off the townsfolk, you could leave some breadcrumbs to tempt them under the surface to follow the trail back to the Kraken and its deep water lair. Maybe this is just the start of a major infiltration and you can suggest there are temples to “The Voice Beneath the Waves” opening in small mainland towns. Either way you have the party hooked and you just have to reel them in. (Sorry… I couldn’t resist.)

For further inspiration you might want to read The Shadow Over Innsmouth if you haven’t already. It’s free at this link.

You might also watch the movie Dagon, which is probably one of the best Lovecraftian films ever made and deals with the same subject. It’s available in all forms on Amazon.

Let us know if you plan to run a Purple Rocks adventure in the comments. Then come back and tell us how it goes.