THE JESUS ROLLS Trailer is Here and We're Confused - Nerdist

THE JESUS ROLLS Trailer is Here and We’re Confused

Look, I like  The Big Lebowski as much as anyone who likes The Big Lebowski a regular amount. It’s a damn funny movie that makes for a great pastiche of private eye movies. It actually would make a great double feature with Who Framed Roger Rabbit. But when they announced that, over 20 years after release, they were gonna make a spin-off movie starring John Turturro’s minor-but-memorable character, I was like “umm, okay, sure”. Now we have the trailer for The Jesus Rolls. And it’s just very confusing.

The movie is written and directed by Turturro himself; the only connection and involvement with the Coen Bros’ is they allowed the actor to use the character of Jesus Quintana. Along with Turturro, the cast is very stacked; Audrey Tautou, Christopher Walken, Bobby Cannavale, Jon Hamm, Susan Sarandon, and Pete Davidson all appear. So why does this movie feel so weird?

There’s no way around it, the big reason is the character of Jesus. In The Big Lebowski, “The Jesus” is a rival bowler to the Dude and Walter; he dresses like a creep, acts like a creep, and licks his bowling ball like an uber creep. But then Walter tells us that he’s an actual, convicted pederast. Jesus has to go around the neighborhood wherever he moves to tell everyone he’s a child molester. Real cool guy. So, yes, let’s make a movie about him. 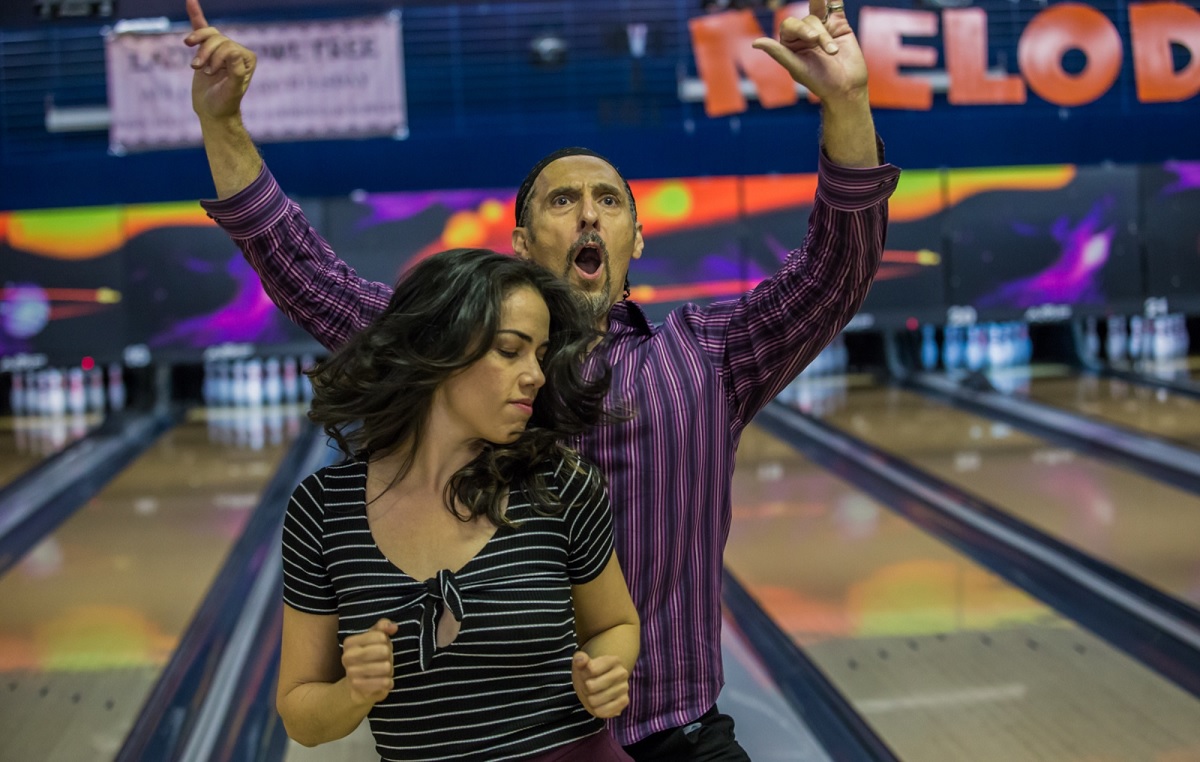 The IMDb credits for The Jesus Rolls list “based on stories and characters by Bertrand Blier,” the award-winning French novelist and filmmaker. Indeed, The Jesus Rolls seems to be a remake of Blier’s 1974 movie  Les valseuses (or Going Places in English-speaking countries). The synopsis for that movie is as follows:

“Two whimsical, aimless thugs harass and assault women, steal, murder, and alternately charm, fight, or sprint their way out of trouble. They take whatever the bourgeois characters value: whether it’s cars, peace of mind, or daughters. Marie-Ange, a jaded, passive hairdresser, joins them as lover, cook, and mother confessor. She’s on her own search for seemingly unattainable sexual pleasure.”

Sounds very ’70s, and very French. Only in French movies could thugs who assault women, steal, and murder also be “whimsical and aimless”. So it definitely seems like Turturro and Cannavale fit the bill of the two thugs, and Tautou is the “jaded, passive hairdresser” who has very biblical roles to fill. But this makes it all the more baffling in context with the Jesus. Not only are they not trying to retcon the character’s horrible past crimes, they’re steering in to it even more?

20 years of people telling you how much they love a particular character you played surely gives an actor a sense that people connect with said character. But it’s much more like people enjoy Turturro’s outrageous portrayal of the Jesus more than the character himself. Jesus Quintana is a repugnant horrorshow of a man; he’s not a lovable misunderstood rogue.

Anyway, The Jesus Rolls, an objectively bad title, comes out March 6 in theaters and on demand. Bowling and stuff.