THE HOBBIT’s ‘The Misty Mountains’ Gets a Deep (Sexy) Cover

Castellucci proclaims himself as a “simple guy that likes to sing and make videos.” But the truth is something far more magical than that. The singer possesses an incredibly low bass voice that he wields with precision. In this video, he perfectly brings to life “Far Over the Misty Mountains Cold.”

This song, originally written by J.R.R. Tolkien, appears in the book The Hobbit. It is also known as Thorin’s song. It is first sung by the company of dwarves, explaining Thorin’s backstory. But it also sets the scene of the adventure, awakening something in Bilbo. And now, we can see why. Though the song was done to perfection in The Hobbit: An Unexpected Journey, more perfection is always better than less. 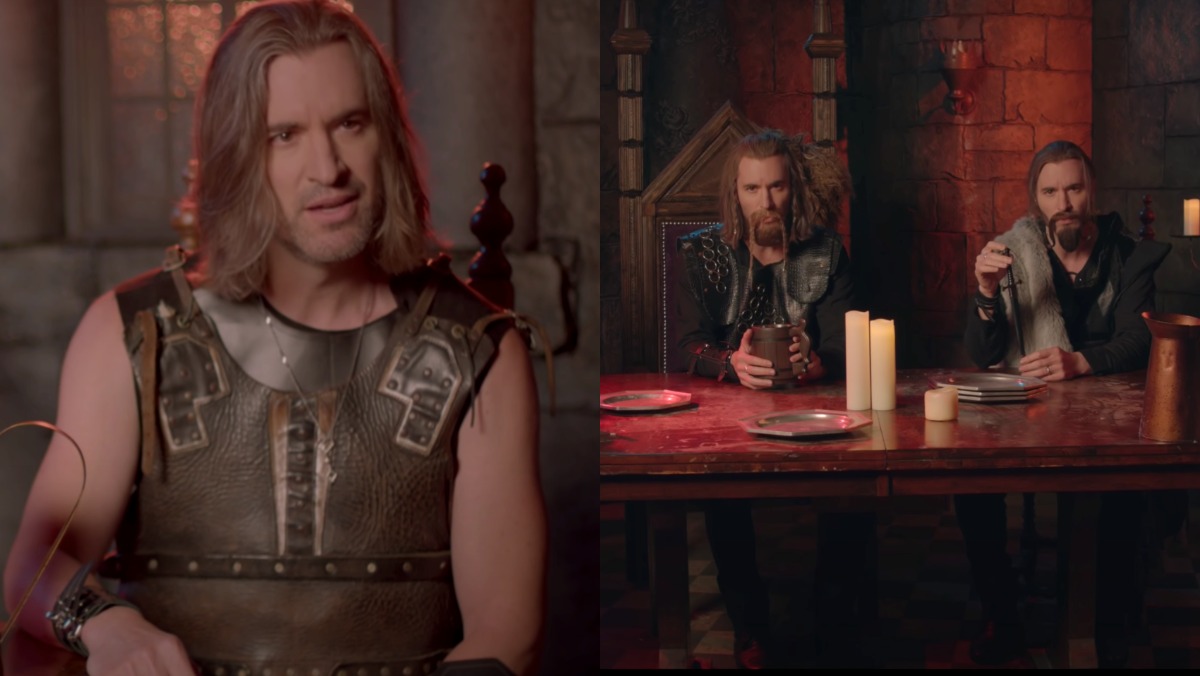 It certainly doesn’t hurt that Castellucci & Co. have fully embraced their best cosplay life. In the video, they wear costumes straight out of Middle Earth. And they look authentic but not over-the-top. A fitting homage to a Lord of the Rings song.

But ultimately, the singing trumps everything else. Castellucci sounds exactly how one might envision a Lord of the Rings dwarf to sound. His voice is low and earthy. At times it seems to vibrate preternaturally. We’d especially like to point out the low note at the 2:30 time stamp. And the astounding final chord that starts at minute 3:58 also resounds. They carry with them the full strength of the Mountain.

This arrangement already carries with it an immersive note. It sounds rich with history, as though it really were an ancient dwarven folk song. But add to that such a powerful voice, and the results are simply resounding. We’ll definitely listen to this “Far Over the Misty Mountains Cold” cover to get excited for the upcoming Lord of the Rings live-action series.

Sequel to WINNIE THE POOH: BLOOD AND HONEY Coming Soon