Goonies never say die. But a special print celebrating the 1985 kid’s classic won’t be around for long. Vice Press and Bottleneck Gallery have teamed up for a timed edition work commemorating one of cinema’s most memorable adventures. 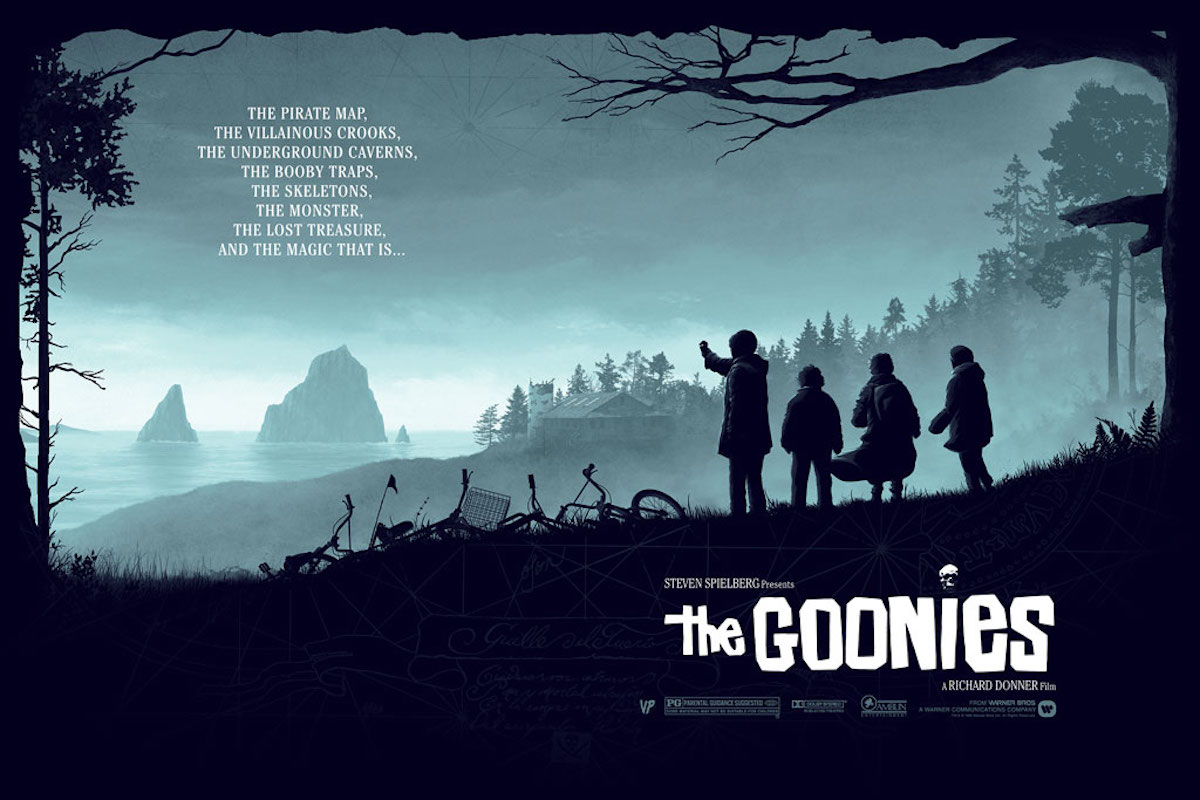 As part of this year’s virtual San Diego Comic-Con, Vice Press and Bottleneck Gallery are letting The Goonies get a poster they have long coveted. In 2019, Bottleneck Gallery in New York hosted the Amblinesque Gallery from artists Matt Ferguson and Florey. The exhibit was a salute to the films of Steven Spielberg and Amblin Entertainment. Visitors to the event received a free original poster for The Goonies illustrated by both artists. Now that piece will be available to the public. But only for a short time.

The 36×24 inch, hand-numbered official screen print shows the intrepid young group of adventurers mostly in silhouette. They stand in front of their bikes looking out onto a blue landscape of forest and sea, as they prepare for the quest of a lifetime. In an elegant piece that won’t look out of place on any wall in your home or office. 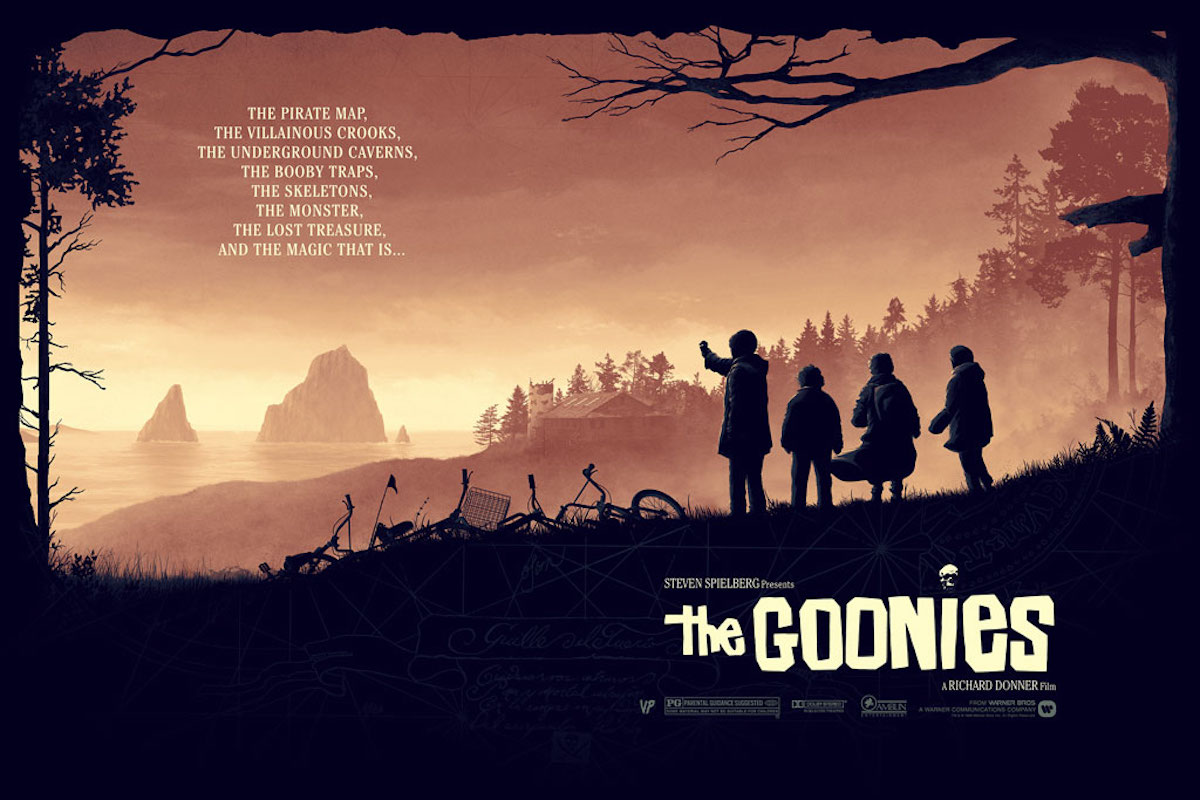 These screen prints ($55) won’t be available for long, though. This is a timed release. You’ll be able to order one at either Vice Press or Bottleneck Gallery beginning at 1:00 pm ET on Thursday, July 22. It will be available until 7:00 pm on Saturday, July 24. After that it will sail away forever.

But that’s nothing compared to the orange-hued variant edition of the poster ($70) you can also get. That’s limited to just 150 copies total. It goes on sale at the same time as the blue version. We doubt it will still be available by the end of Thursday, let alone Saturday.

And once all these posters are gone, you’ll probably need One-Eyed Willy’s long lost treasure to afford one on the secondary market.