8 Things We Learned from the FRESH PRINCE Reunion Special - Nerdist

8 Things We Learned from the FRESH PRINCE Reunion Special

The Fresh Prince of Bel-Air’s 30th anniversary reunion special is everything that fans of the popular sitcom thought it would be… and more. The entire crew, including Will Smith (Will), Karyn Parsons (Hilary), Tatyana Ali (Ashley), Jeff Townes/DJ Jazzy Jeff (Jazz), Daphne Maxwell Reid (the second Aunt Viv), Alfonso Ribeiro (Carlton), and Joseph Marcell (Geoffrey), all came together to reflect on their once-in-a-lifetime experience on the show. And, of course, it felt like a real family gathering with Janet Hubert a.k.a. the OG Aunt Viv. The special takes them on an emotional ride with lots of laughter, tears, nostalgic reflections, behind-the-scenes clips, and quite a few new tidbits for both fans and cast members alike. Here’s what we learned from The Fresh Prince of Bel-Air reunion special.

Spoilers ahead for The Fresh Prince of Bel-Air reunion special 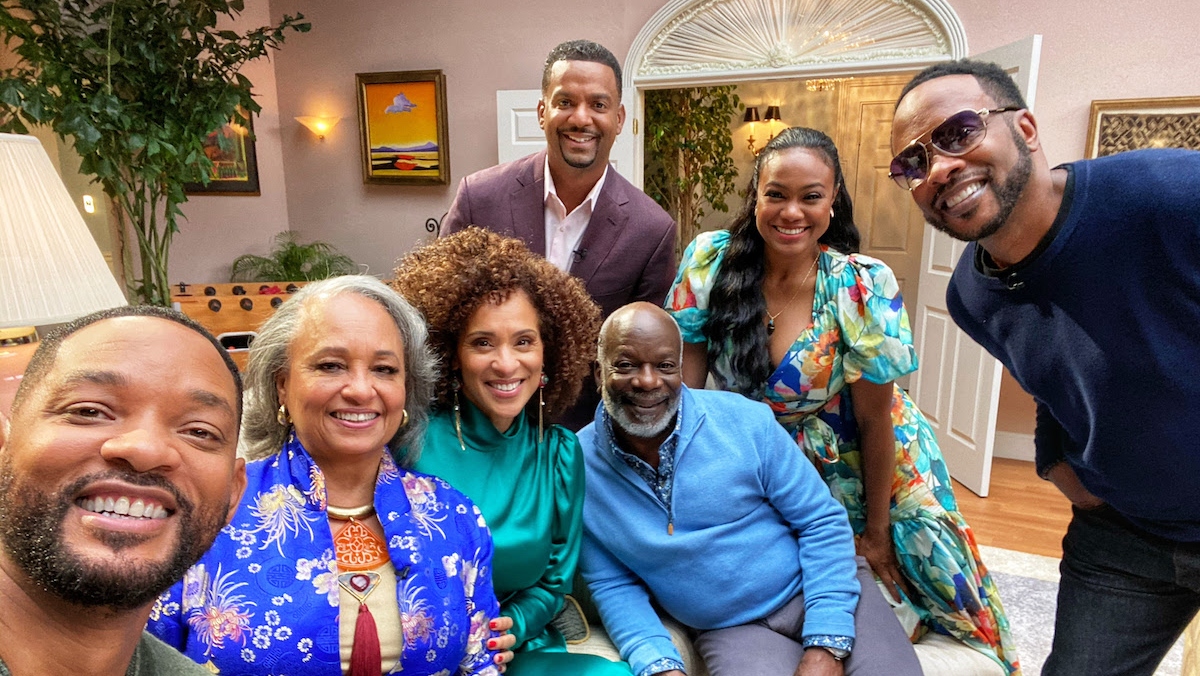 Courtesy of Will Smith/HBO Max

The reunion starts off by looking back at how the cast came to be in the first place. There were a few laughs at Alfonso Ribeiro and Karyn Parsons’ very ’90s audition tapes. But it turns out that Daphne Maxwell Reid didn’t want to audition for a new sitcom starring a rapper. She admits to later watching the show and thinking it was cute before eventually ending up on it herself.

Will Smith also admits that he basically had to harass Jazzy Jeff into his role as Will’s best friend Jazz. According to Jazzy Jeff, he didn’t have any acting aspirations at all. At the time, Smith and Jeff were a rap duo known as DJ Jazzy Jeff & The Fresh Prince but they soon became a fun duo on TV too.

Most fans know that famed media mogul Benny Medina pitched this show idea, which was based on his own life experience, to Smith. But Will threw some fans and his castmates for a loop with a great story about his audition. He met up Medina at music and TV producer Quincy Jones’s birthday party. The flashy event was held at Jones’s home and Will briefly flew to the West Coast to attend.

Smith says Medina gave him a full rundown of the idea at the party in front of Jones. This conversation led to Jones saying the character should be from Philly like Will. Jones then told the party guests to clear to the room for Smith’s impromptu audition. The actor jokes that Jones had a few drinks in his system at the time.

Of course, Smith began to panic because he had no acting experience at the time. But, Smith says Jones took him into his office filled with Grammys and plaques on the wall for a chat. Jones basically told Smith that everyone he needs to impress is here so he must seize the moment. Will took ten minutes to gather himself, did the audition, and got a contract that night to move forward. It came right on time for Smith, who was in the midst of financial issues.

Alfonso Ribeiro Made Up “The Carlton Dance”

One of the most iconic parts of The Fresh Prince of Bel-Air is the Carlton dance. It became an often-imitated but never-duplicated jovial jig that the character did throughout the show’s run. Ribeiro said the first script featuring Carlton dancing didn’t have any specifics at all.

The page simply said “Carlton dances” and he began to think about how this character would dance in real-life. So, he made it up himself and the rest is hilarious history.

The Actors Had a Lot of Autonomy On the Set

The Fresh Prince reunion special allowed the actors to dig deep into the details of their on-set lives. They all said Tuesdays and Wednesdays were their favorite days because they would do on-set run throughs and blocking to make sure things worked well. They admitted that, despite the show having a Black cast, a lot of the writers were actually white. It isn’t necessarily a shocking revelation considering many writers’ rooms still have a lack of diversity today. Ribeiro spoke further on how major it was to have a voice as an actor.

“The idea that we as a Black show on TV, one of three at the time, right… there weren’t really “us” in the writers’ room. And as an actor you never had a voice in the room. You were a puppet who was told what to do [like] say this line [or] move over here.” 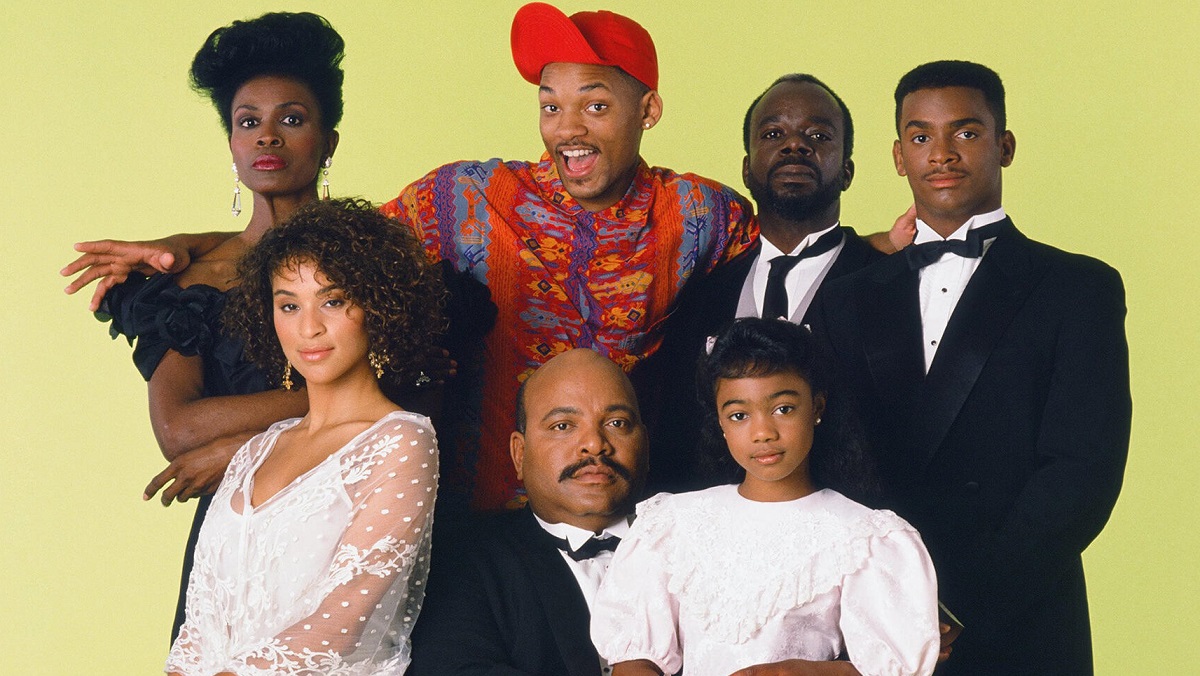 But the cast said they were adamant about pushing for script changes and present new ideas and thoughts. Reid specifically points out a script with a line from Ashley to Uncle Phil. She says she didn’t let it fly because it didn’t line up with how Black kids interact with their parents. Smith also spoke about having a lot of control over their wardrobes as well in terms of creating specific character looks and keeping up with the fashions of the time.

The entire cast credits a lot of their courage to fight for Black authenticity to James Avery, who played Uncle Phil and died in 2013. Ali points to where Reid is sitting and says Avery would sit there during notes sessions. She says those moment shaped her as an actor and a person.

“That is where I learned that what we do is not for us. It’s not about us. We are here to bring dignity, to represent, to expand, to push forward. And I learned that here at his feet… He was my teacher. I learned what it meant to be an artist from him.”

Karyn Parsons said she had trepidation about the audience hating her character because she was rich and snobby. However, she didn’t want the writers to turn Hilary into someone she’s not just to fit into expectations. Parsons said the writers wanted to eventually make Hilary a “strong Black woman” but she pushed back against that because there are multiple ways to depict Black women.

She said there are some people who are simply flawed and see things through their narrow lens. But that doesn’t mean viewers cannot learn things from them too.

The “How Come He Don’t Want Me Man?” Full Scene Story

The show’s most memorable moment is when Will breaks down over his father’s abandonment in front of Uncle Phil. Smith has been talking about it a lot in recent interviews, specifically how Avery said he did good acting in his ear.

But the reunion special reveals that Smith completely messed up the first take in front of a live audience. According to him, he was extremely nervous because he saw Avery as this “Shakespearean giant” whom he wanted to make proud.

He mess up a line and began to have an emotional meltdown in front of everyone before Avery quickly pulled him aside and whipped him back into shape like only a Black father can. Avery told his TV nephew/son to simply focus on him. Smith listened to the sage advice and the next take was the one that ended up being in the show. The story led to an expected montage of Avery’s great moments in the show and behind-the-scenes that caused everyone to have leaky eyeballs.

Of course, The Fresh Prince reunion that every wanted to see in this reunion was the reconciliation between Will Smith and Janet Hubert. The pair hadn’t spoken to nor seen each other since she left the show 27 years ago at the end of the third season. Hubert’s sit-down with Smith not only gave them a chance to apologize and heal but it also allowed her to speak about what happened during her last season.

Hubert clarifies that the show did not fire her. Instead, she was given a deal which led to a pay cut that she simply couldn’t take because, at the time, she was pregnant in real-life with a husband who wasn’t working. She did not take the offer so the show recast her role. Hubert says that she felt ostracized by everyone, specifically Smith as the “young star,” on top of being in an abusive relationship. 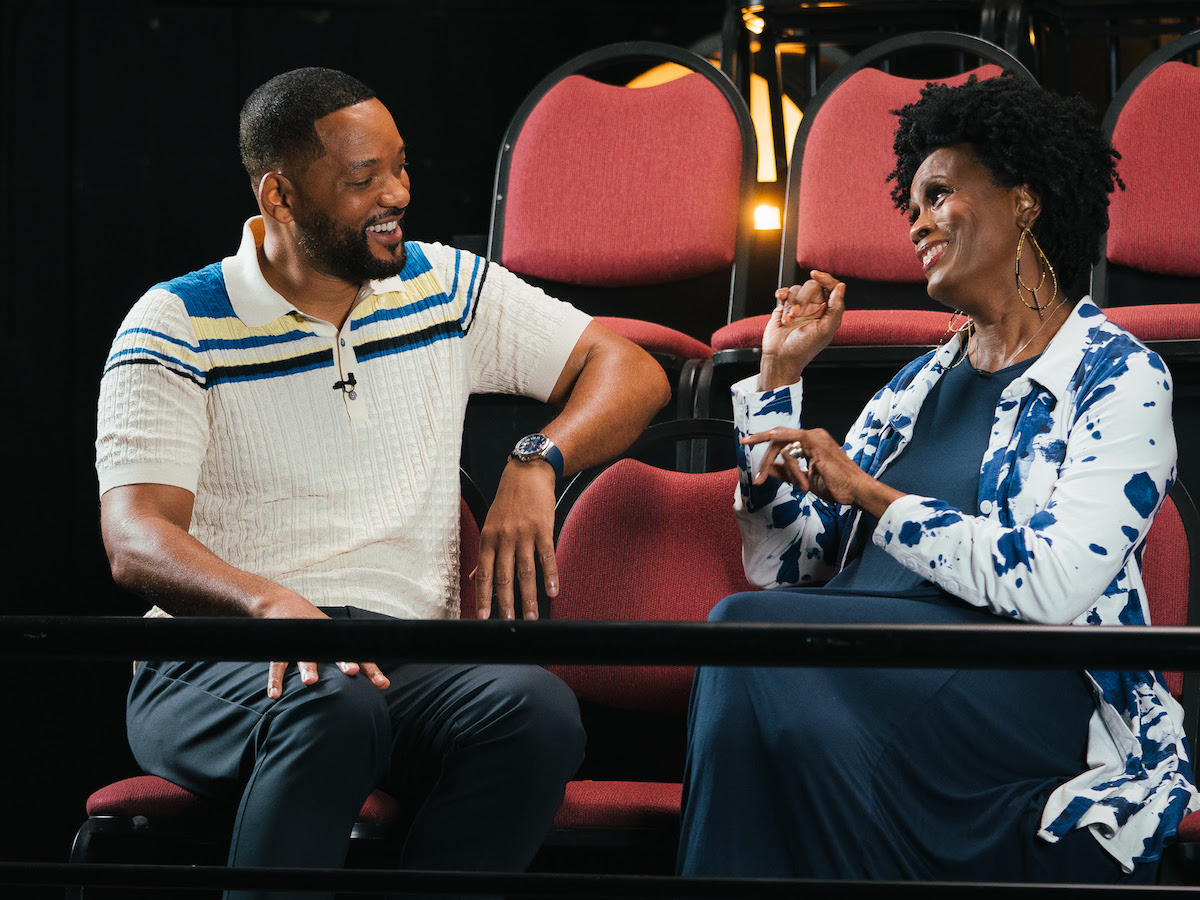 Smith admitted that he was young and didn’t have the maturity to understand nor really care about what she was going through at the time, instead opting to call her “difficult.” But, in the end, they embraced and showed each other a lot of love before she made an appearance on set to hug her former TV family (and replacement too).

The cast spoke about how much fun it would be to prepare for a show, especially with an entertainer as the leading man. Smith would blast loud music from his room as they all sang and danced before heading out to hype up the crowd’s energy. Each cast member would grab an instrument like a tambourine and join in with the fun to get everyone ready for the episode.

The Fresh Prince reunion special ends fittingly with the cast looking back at a video of their last table read. They also check out a few of the finale’s final moments and chat about how hard it was to leave. But, as we all know, they have remained tight over the years and celebrated this recent gathering with a group hug and a lot of love before departing the Banks living room.

They certainly are aware of their impact on pop culture as well as each other. And Hubert’s inclusion made this reunion feel like the healing moment we all need right now. Hopefully, there will be more Banks family gatherings and heartfelt reflections in the future.